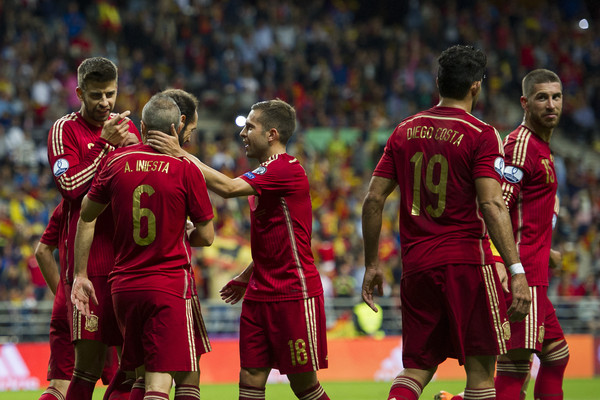 It feels like this match is a little early in the grand scheme of things but hopefully that means we are getting a good one. Italy was super impressive early in the tournament but then we kind of forgot about them.

Spain lost to Croatia, losing the Group D top spot in the process. This will be an interesting given Spain’s ability to score and Italy’s too defend. Which strength will prevail.

The Italian’s put the tourney on notice with a convincing win against Belgium. A win over Sweden followed but a loss to Ireland to close the group stage was disappointing. At their best this team can compete with the world elite.

Even though the loss to Ireland was a surprise it has to be noted that Italy rested a number of key players for that one. It might have wreaked of overconfidence but it is also a fact. No one will be resting for this one.

Italy has no choice but to play a strong defensive game and hope for the best in this one. They do not have the talent up front to complete with Spain chance for chance.

Italy has not been able to defeat Spain the last five times these soccer powers have connected. Two losses and three draws. That helps shape what we can expect on Monday.

The Spaniards are the defending champs and appear that they need to be taken just as seriously this time around. They have the talent to get by that stingy Italian defense and find the back of the net for sure.

Everything was looking great for La Roja before a surprise loss to Croatia. Even though the Italians are going to give them a challenge odds are they will make it to the quarterfinals for the third time in a row.

He may not always get the sexy stats but Xabi Alonso is one of the best players in the tournament. He is one of the reasons Spain was tops in pass accuracy and third in possession during group play.

Spain dominated in 2012 and this team, four years later is not the same kind of force. However, betting against them is going to be very difficult until they get to the semi-finals. They are still pretty darn good.

The last time the Italians beat Spain was all the way back in 1994 when a certain player named Roberto Baggio was on the squad. Italy remembers those days fondly, when they had more firepower at their disposal.

Spain has to be confident heading into this one. The loss to Croatia was a bit of a stunner but that is a good club, a sleeper in the eyes of many. This won’t be easy but they know how to handle the Italians.

Look for the first 20 minutes or so to be pretty bland. Spain my want to race out of the game but the Italians will definitely have patience early.

After banging on the door Spain will ultimately get one by veteran Italian goalie Buffon. That in of itself can be a feat and Italy will not have a response. Italy gets a goal too little too late, though it will help bettors.

If you’re looking for more picks like this Italy vs. Spain we’ll be providing 4* free Euro 2016 plays on the blog all Tournament long, and check out our Experts for guaranteed premium & free Euro 2016 picks!