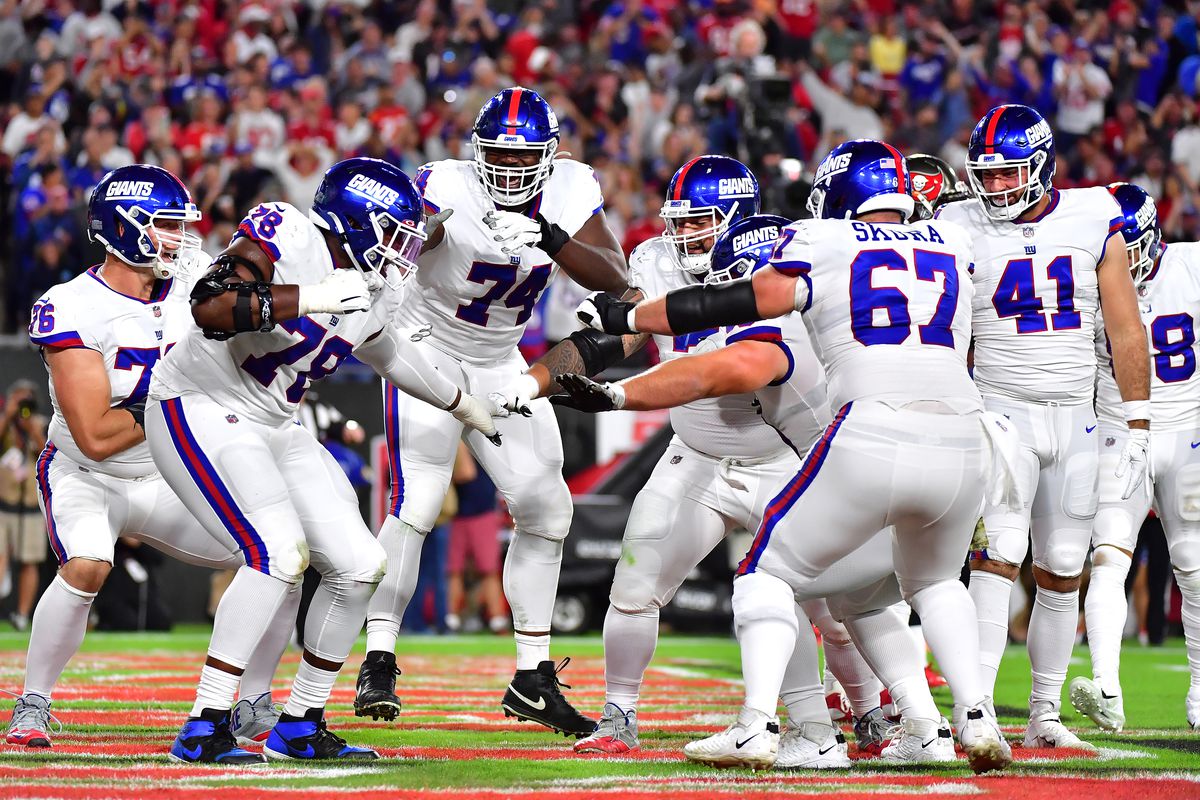 Philadelphia has been one of the more interesting team progressions in the NFL this season. They started the season by blowing out the Falcons, then lost five of their next six games while not being able to do much of anything at all on offense. They’ve since figured out they need to run the ball to win.

New York is coming off a disappointing loss to the Tampa Bay Bucs. They had every opportunity to cover the spread in that game but inopportune penalties and turnovers was the only real difference in the game. They were able to march up the field easily at times before shooting themselves in the foot.

Football Outsiders has the Eagles ranked 12th up until this point and the Giants ranked 25th.

The Eagles have a DVOA ranked 7th in offense and 18th in defense. Defense is still their weak point obviously, and the running game on offense is what propels them. They just ran all over an elite Saints run defense.

This team could have 2 or 3 more wins if they had a decent gameplan earlier. I’m not sure how Philly fans will react to the coach waiting until this long to discover something that works. If things fall apart later in the season I would imagine his job will be up in the air.

The Eagles have to be feeling good about themselves after their first real test at running the ball straight at an elite run defense. However, some might forget they lost to the Chargers a few weeks ago and Los Angeles has one of the worst run defenses. They managed to relatively shut down the Eagles run game and made them try to win from the pocket (which they didn’t).

New York has been up and down lately, but they only lost to solid teams in their last four games. They beat the Panthers handily in a blowout (the Panthers are a good defensive team), beat the Raiders by a touchdown, and then only lost by three to the Chiefs and most recently blew it on Monday Night Football.

It seems that teams off their bye this season are at a disadvantage. Well, at least they’re losing against the spread more than winning. The Giants were in that spot this past week, so maybe a (mostly) normal week of preparation will help them. QBs in their first game back after an injury or illness seem to struggle, so maybe Daniel Jones needed to shake the rust off.

If you were guessing the Eagles would be the public favorite, you’d be right. They have over 75% of the bets on them as of the time of writing, but more money is coming in on the Giants relative to their bets. That indicates sharp money or at least bigger bets on average on New York.

I like the Giants to bounce back and keep it close in this divisional matchup. This might be the high on the Eagles in terms of point spreads and public love, and the Giants were just embarrassed in a primetime game. We like taking the Giants in this spot with over a FG.

If you’re looking for more NFL picks like this Philadelphia Eagles vs. New York Giants matchup we’ll be providing 4* free NFL predictions on the blog all season long, and check out our Experts for guaranteed premium & free NFL Football Picks!