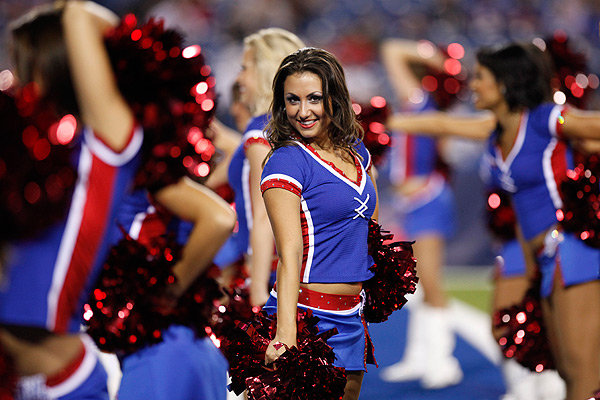 The New York Jets can clinch a playoff spot with a win over the Buffalo Bills in the NFL season finale on Sunday. The Jets, who’ve won five in a row, will look to seek revenge on the Bills, the team that beat them in Week 9.

Kick off is set for 1:00 PM ET as QB Ryan Fitzpatrick hopes to lead his team into the postseason.

After their stunning 26-20 overtime victory against the New England Patriots in Week 16, the New York Jets can finally clinch that playoff berth with a win in Buffalo against former head coach Rex Ryan.

The Bills upset the Jets 22-17 when the two teams met in MetLife Stadium in Week 9.

New York has gone 5-1 since that game and has looked like one of the NFL’s best teams, outscoring opponents 136-84 over its last five games.

The Jets are getting it done both offensively and defensively, as both units are feeding off the other’s success. Wide receiver Brandon Marshall is having a career year, coming into this game with 1,376 yards and 13 touchdowns.

Ryan Fitzpatrick has also found great success this season, and his ability to limit the turnovers is a key reason why the Jets can make the playoffs with a win on Sunday.

Fitzpatrick has thrown 13 touchdowns to just one interception over his last five games.

Led by the NFL’s top rushing attack, the Buffalo Bills find themselves playing spoiler at 7-8. I can’t think of Rex Ryan enjoying anything more than diminishing his former team’s playoff hopes, and the Bills have a great opportunity to do so.

Tyrod Taylor and Sammy Watkins have been a deadly combo lately, as the two have connected for six touchdowns over Buffalo’s last five games.

Running back Karlos Williams has also served the Bills well this year, especially when he’s had to fill in for injured running back LeSean McCoy.

Williams is averaging more than 5.6 yards per carry, and he’s made life easier for Taylor who has a touchdown: interception ratio of more than 3 to 1.

Buffalo’s defense has been a bit suspect this year, but it held its ground against the Jets in Week 9 by forcing four New York turnovers.

The Jets are playing like one of the best teams in football, and they control their own postseason destiny.

The Bills got destroyed against Washington, then came back home and struggled for most of the game against a Kellen Moore-led Dallas Cowboys team.

This is a must-win for the Jets, and I don’t see them squandering the opportunity.

New York will show up in its season finale and lock that final AFC playoff spot.