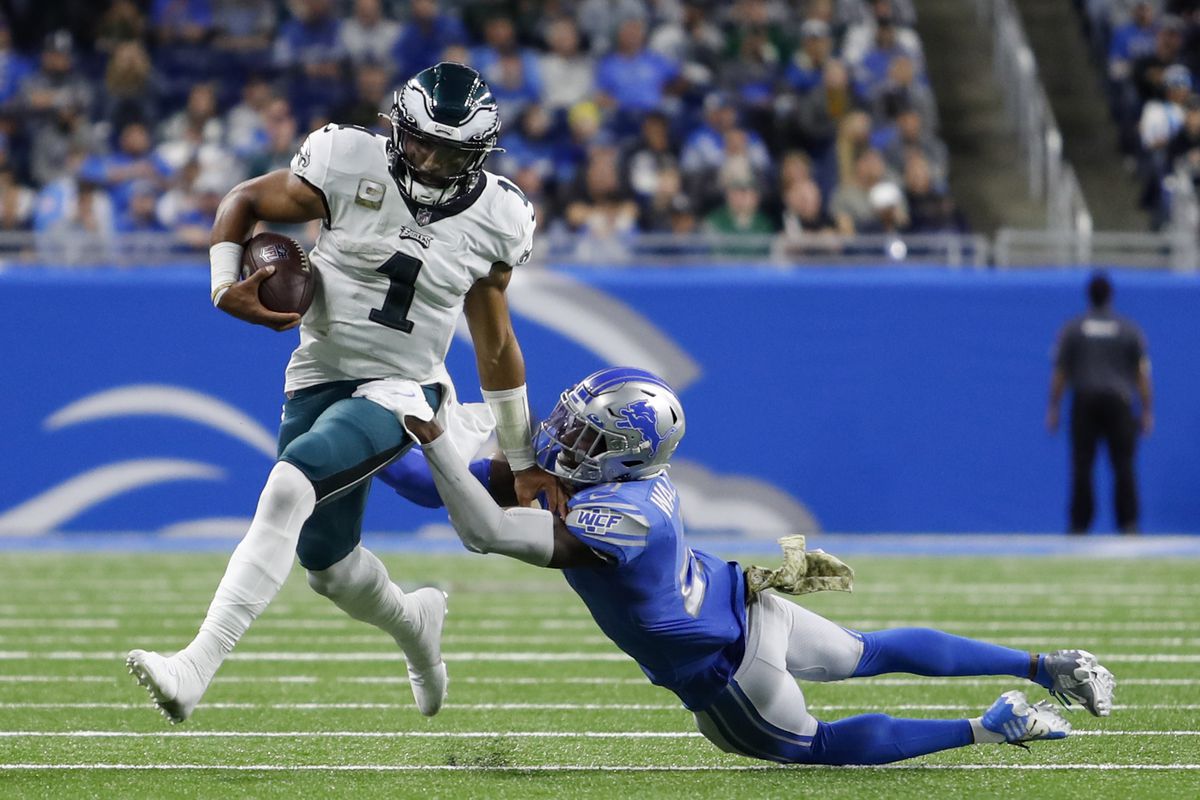 The Chargers just had their bye week and are in a good position in 2nd in the AFC West. Usually the Chiefs would be running away with the division by now but they’re faltering at 4-4. The Raiders are the only team ahead of the Chargers and are one win ahead but looking very beatable.
The Eagles just destroyed the Lions last week as we predicted with the last article. Well, I don’t think anyone predicted it would be that bad but we mentioned it was the first bad team the Eagles have played since Week 1 and that they would cover.

Football Outsiders has the Chargers ranked 16th up until this point and the Eagles ranked 17th.

Two games Los Angeles played they took a beating from the Ravens. They’re biggest weakness is that they can be run on rather easily which means you’re not in good shape against Baltimore.

If this was a few weeks ago, we would say the Chargers match up well against the Eagles since the Eagles don’t ever run, but that changed recently with Philadelphia ironically finding their run game after Miles Sanders got hurt.

Los Angeles has lost two games in a row now – one to the Ravens but the most recent one against the Patriots who also like to run the ball. Teams have seemingly found a strategy to beat this Chargers team. Additionally, Herbert hasn’t been himself lately and they can’t win without him.

The Chargers haven’t had a complete game since their win against the Raiders in Week 4 when everyone was saying this could be a Super Bowl contender. Since then they’ve either struggled on offense or defense, or both.

As I mentioned earlier, the Eagles have seemingly found their run game or at least have started attempting to run it more and it’s been successful. Earlier in the season the crowd would cheer whenever they’d run the ball because it was just something they never did.

So now we don’t really know if this Eagles team is any good or not. The Lions have played teams tight, but we knew they weren’t good. Philly had a tough schedule, but they were in a lot of games before blowing it.

It puts us in a tough position as bettors. The Chargers are coming off a bye week so they have had more time to prepare and more time to get healthy. However, being at home and having a sense of confidence after that last game is crucial as well.

One trend in favor of Philadelphia is fading the public with less than 30% of the bets and money on the home underdog. It’s covered the spread above 60% of the time with a small sample size but is 2-6 so far this season and due for some positive regression.

The Eagles have a chance to show the NFL that they’re not the losers everyone thought they’d be at the beginning of the season. It’s their statement game as short home dogs.

If they lose this game their season is probably over with the way Dallas is playing. I’d expect max effort out of them and for the 60% stat above to have some positive regression this season.

If you’re looking for more NFL picks like this Los Angeles Chargers vs. Philadelphia Eagles matchup we’ll be providing 4* free NFL predictions on the blog all season long, and check out our Experts for guaranteed premium & free NFL Football Picks!