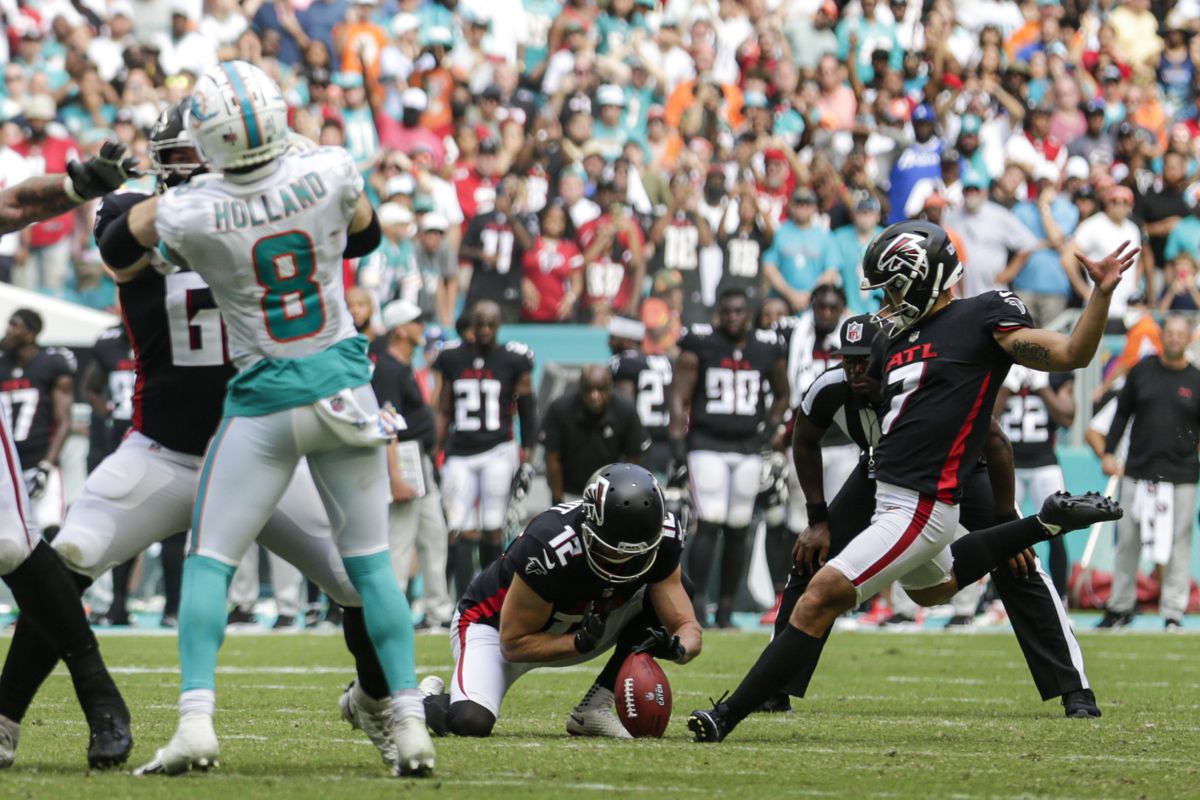 Carolina has been in a slump of 4 straight losses after starting the season 3-0. Their last loss was the most disheartening, getting blown out by the lowly Giants in NY.

Atlanta has been in an opposite situation. They started the season with two blowout losses but have kept games close in wins and losses since then to get back to 3-3 so far this year.

Football Outsiders has the Panthers ranked 26th through six games and the Falcons ranked 31st. That’s right in line with PFF as well, so it’s most likely accurate.

Everyone thought the Panthers were legit after they started winning games early with their top ranked defense. It was said that Sam Darnold just needed to get out of New York (Jets) in order to live up to his potential

After all that, Carolina has fallen sharply from grace with 4 straight losses. Their losses were against the Cowboys (8 points), Eagles (3 points), Vikings (6 points in OT), and now the Giants (22 points).

Besides the Giants game, which seems like they didn’t take seriously, they had close losses to decent teams. It seems plausible that they should bounce back against a weak Atlanta team this week.

Football Outsiders has the Panthers with the 11th ranked defense still and the 30th ranked offense. The injury to McCaffery doesn’t help, but they were able to get by for a while without him.

The Falcons had a back and forth game against the Dolphins last week. They were down early, then stormed back, then gave up a TD and the lead late, just to get a game winning field goal to win by 2.

A fierce battle against the Dolphins – the team that has one win and had a lot of hype after beating the Patriots by 1 in Week 1 and took the Raiders to OT in Week 3. Since then they’ve been blown out by the Bucs, lost by 10 to the Colts when they were at their lowest, and lost to the Jaguars.

I wouldn’t make too much of the Falcons recent success. They have a negative Total DVOA in every game they played so far this year, even in wins. Their pass defense is terrible.

The Panthers will get up for this game after their recent blowout loss to the Giants. This might be their most important game of the season with the Panthers just winning last game and Carolina being at the bottom of the division currently.

We have some trends for the Panthers here. Betting teams after a blowout is profitable. So is betting on short divisional underdogs.

There are some other trends in favor of the Panthers, all with 20% or higher ROI. We love this bet and for the Panthers to right the ship in Atlanta.

If you’re looking for more NFL picks like this Carolina Panthers vs. Atlanta Falcons matchup we’ll be providing 4* free NFL predictions on the blog all season long, and check out our Experts for guaranteed premium & free NFL Football Picks!