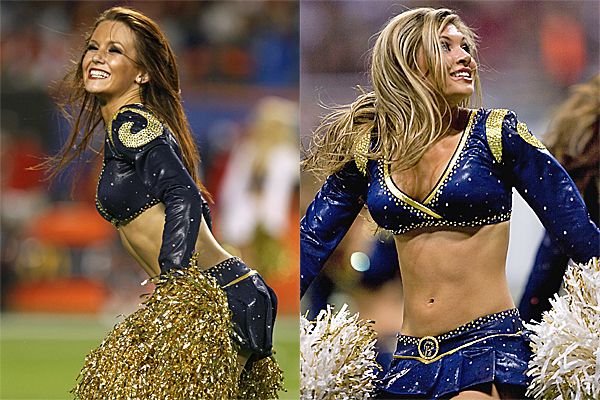 A pair of NFC West foes heading in opposite directions will clash Sunday as the Arizona Cardinals travel to St. Louis to take on the Rams.

Kick off is set for 1:00 PM ET as the Rams desperately try to keep their season alive against a team they already beat earlier in the season.

With just five games left, the Arizona Cardinals are atop the NFC West with a commanding record of 9-2.

The Cardinals have looked like one of the NFL’s best teams, and their 30.5 points per game is tops in the league.

With Carson Palmer at the helm, Arizona ranks 4th in passing and 9th in rushing. The Cardinals have been equally spectacular on the defensive side of the ball, ranking 10th in points allowed.

Arizona has outscored its last five opponents 152-114, by about seven points per game on average. And though the Cardinals have only lost two games this season, one of those losses came against the St. Louis Rams in Week 4.

With a three-game lead in the NFC West and second-place Seattle traveling to Minnesota to take on the Vikings, the Cardinals have the opportunity to shut the door on the division with only a handful of games remaining.

The Cardinals beat the Rams 12-6 in St. Louis last year, and another win against the Rams would be huge for Arizona since three of its next four opponents all have records above .500.

After an embarrassing 31-7 blowout in Cincinnati, the Rams are now 4-7 and Jeff Fisher has to assume his seat is hotter than ever.

St. Louis has never made the playoffs during Fisher’s tenure there, and unless a miracle happens, the Rams will once again find themselves watching the postseason at home. A huge part of the Rams’ disappointing season has been because of terrible quarterback play.

I’m really not sure who’s worse between Case Keenum and Nick Foles, but I do know that neither of them are answers to St. Louis’ quarterback debacle.

The Rams have found a bright spot in running back Todd Gurley, though. Even after an abysmal performance against the Bengals where he finished with just 19 yards on 9 carries, Gurley still has nearly 800 yards in 9 games this season.

Gurley has been forced to carry the Rams’ offense this season, and that’s sure to continue when they face the mighty Cardinals on Sunday.

The Rams have been woeful this season, but they always play their divisional opponents the toughest.

St. Louis is 3-0 ATS versus the NFC West this year, and Jeff Fisher is coaching to save his job. Arizona struggled against San Francisco in Week 12, and a second-straight divisional road test just may be too much for them to overcome.

I’m looking for the Rams to steal one against one of the NFC’s best on Sunday.