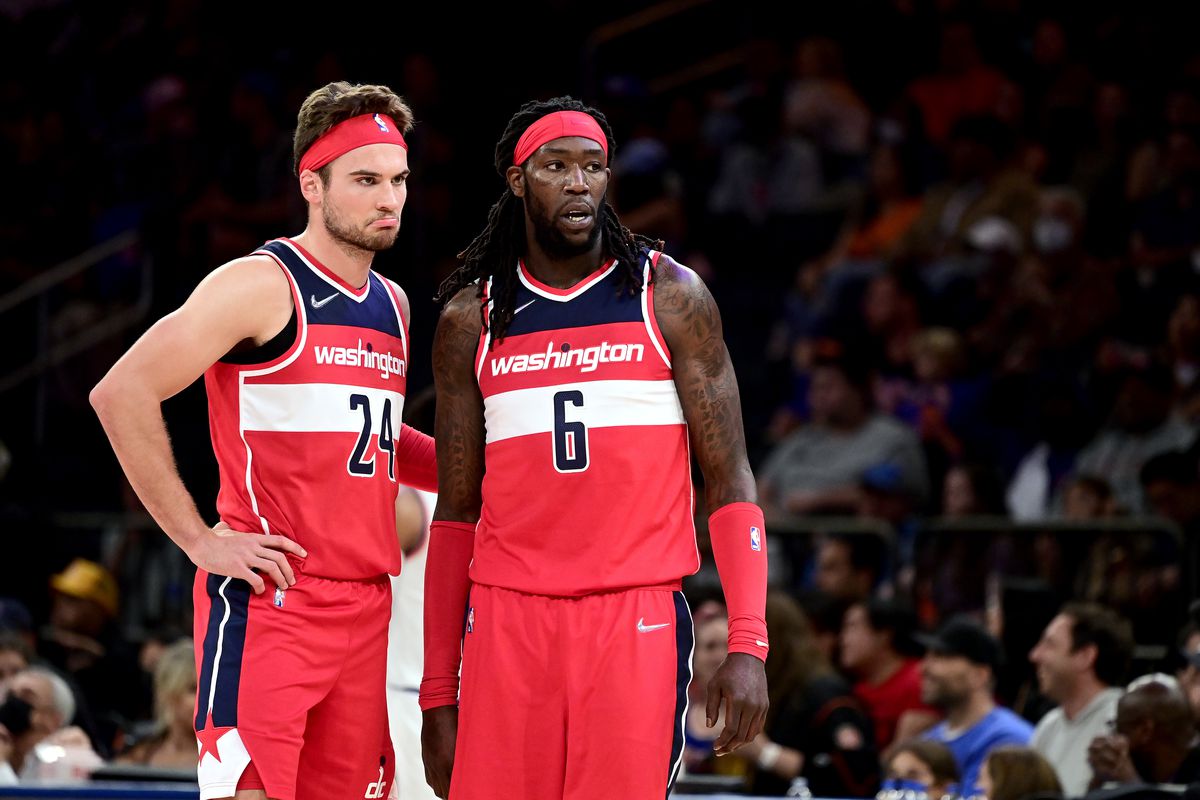 Both teams played on Saturday with the Heat defeating the Hornets 104-86 while the Wizards lost 80-95 to the Suns.

All-time the Heat have the advantage of winning 91 of 135 matches versus the Wizards. Last season the teams played on three occasions with Miami taking two of the three contests.

If you find yourself questioning the relevance of this iteration of the Heat being an elite team that belongs in the conversation to come out of the East I’ll point you to the third quarter of Saturday night.

With the Hornets leading and seemingly preparing to pull ahead in their best scoring quarter the Heat locked them down holding them to a measly EIGHT points.

That’s why when I discuss teams that have the best shot of moving out of the group huddled in the middle the East, the Hornets don’t make the cut – because they don’t defend and for the most part aren’t capable of adapting to stellar defenses.

In contrast, the Heat may be the most versatile defense in the league and that one quarter demonstrated just how scary they’ll be in the post season.

As for the offense, Jimmy Butler led the way with 27 points while Bam Adebayo delivered a double-double of 20 points and 12 rebounds while Tyler Herro provided his Sixth Man effort with 19 points off the bench.

Now that Kyle Lowry is back, this team is functioning at full speed collecting copious assists, moving the ball scoring in the paint or from the perimeter and locking down on defense when required.

All I know is when the playoffs arrive this Heat squad has the best two-way versatility and the best combination of young athletic players mixed with grizzled veterans who captain their quality defense.

As the trade deadline inches closer the decision in Washington looms. Will the Wizards elect to keep Bradley Beal and once again make moves to appease him?

Or is it time to move on from the talented shooting guard to jumpstart a rebuild? It’s feeling very much like deja vu in terms of where the Wizards are currently positioned.

The Wizards front office has made several attempts to bring in the right running mates for Beal yet they wouldn’t even be in the play-in tournament if the playoffs started today and worse, the team is performing better without Beal than with him.

Of all the teams who are eager to make trade deadline moves the team who doesn’t need to pull the plug may be best served by being proactive. Just saying.

Daniel Gafford (quarantine) was downgraded to out on Monday. Bradley Beal (wrist) is out indefinitely.

Now that the Heat have reclaimed the top run in the East they’ll be uber focused on keeping that seed. Fortunately, they don’t have two games versus the Raptors in four days to throw them this time.

Instead their pre All-Star break schedule features mostly teams outside the top six and many in the lottery segment of the ladder.  While Washington is desperate to turn around their season they don’t have the weapons to match Miami.