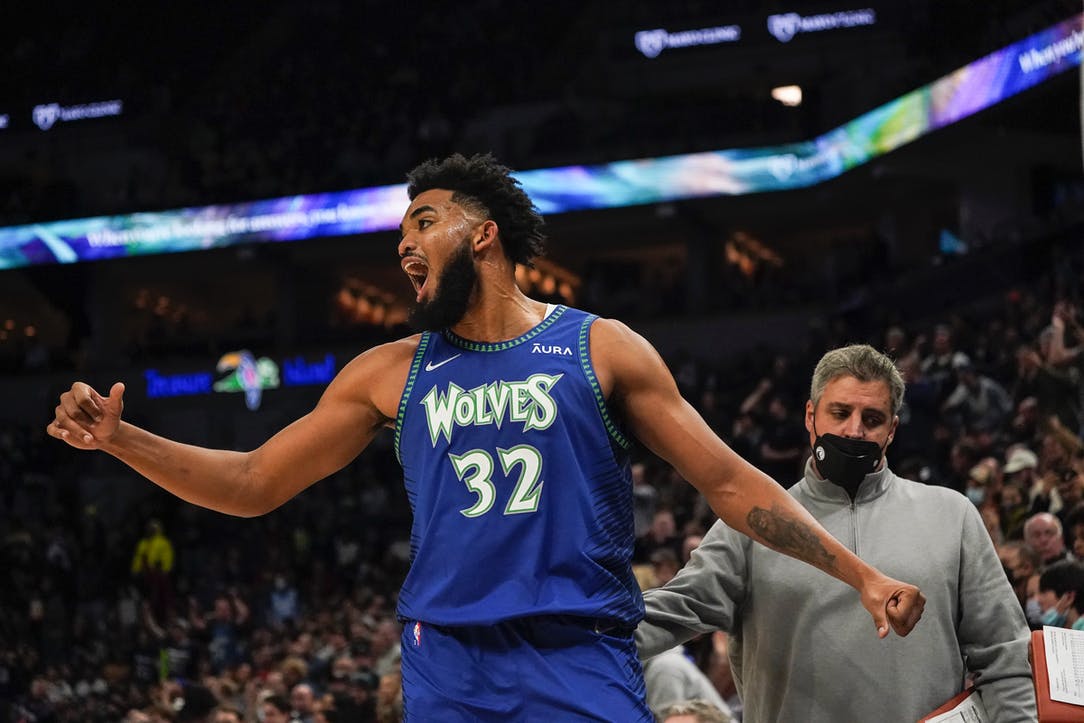 On Wednesday, November 30th the Memphis Grizzlies and Minnesota Timberwolves play the second of four scheduled meetings this season.

Memphis won the November 11th match (114-103) and will host again on February 10th while Minnesota will host the final meeting on January 27th.

The Timberwolves completed a back-to-back set getting swept in consecutive blowouts first by 114-137 to the Warriors and then by the Wizards (127-142) granted they lost much more than the game Monday (see below) while the Grizzlies played Sunday winning 127-123 in a clutch time thriller versus the Knicks.

Last season, the squads played four times each winning twice. The teams are tied all-time each with 51 victories.

Ja Morant continues to be must-watch TV as he consistently serves up a handful of highlights in every match. He’s not being mentioned frequently in the MVP conversation but he definitely is the heart and soul of this Grizzlies squad who adopt his attitude and carry it on the court.

Offensively, the Grizzlies score 115.7 points per game ranking eighth overall.  Memphis shoots 46.3% from the field ranking 19th, and 36.3% from the perimeter ranking 12th.

The win in New York came with a cost as Dillon Brooks suffered a quad injury making him questionable for Wednesday while Jake LaRavia (foot) is doubtful.

When Karl-Anthony Towns dropped to the court without any players around him looking back it appeared he’d torn his Achilles (a typical reaction to feeling like you’ve been kicked).

Although no injury is a good thing the fact it was only a calf strain had Wolves fans breathing a sigh of relief. He’s expected to miss between a month and six weeks but that’s a far cry from an entire season.

Karl-Anthony Towns was helped off the court after suffering an apparent leg injury. pic.twitter.com/ocsQ1pDJ0Q

It was a rough night all around with Kristaps Porzingis feasting on both KAT and Rudy Gobert as he scored a career-best 41 points.

Minnesota is still trying to adapt to the defensive changes and that discrepancy shows via the 116.0 opponent points allowed per game which ranks 23rd.

They perform better at limiting foes from the field to 45.6% which ranks sixth overall but have work to do on the perimeter allowing ‘ opponents to shoot 37.3% which ranking 25th overall

Jordan McLaughlin (calf) and Jaden McDaniels (illness) are questionable for Wednesday. Taurean Prince (shoulder) is out until mid-December while Towns (calf) will be out until mid-January.

I’m curious if the absence of KAT will afford Chris Finch an opportunity to get this Wolves squad meshing better.

Anthony Edwards hasn’t seemed happy all season, but dropped a few dunks after KAT went down so perhaps with him carrying more of the offensive load he’ll be able to develop a better connection with Gobert.

It also will force the Wolves to play consistent defense if they want to still be in the mix once KAT returns.

All that to say, I expect the Grizzlies to win and cover.

If you’re looking for more NBA picks like this Memphis Grizzlies vs. Minnesota Timberwolves matchup we’ll be providing 4* free NBA predictions on the blog during the entire NBA season, and check out our Experts for guaranteed premium & free NBA predictions!