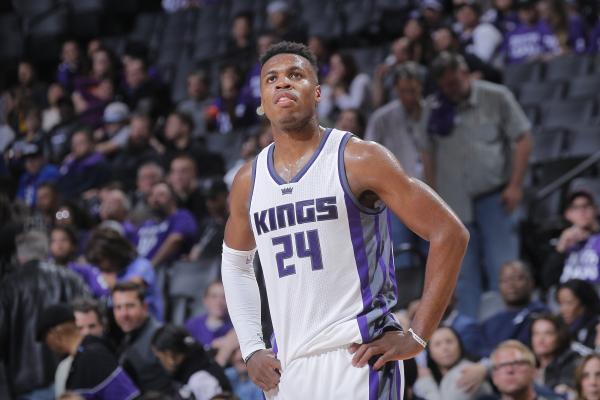 Saturday, February 1st, finds the Los Angeles Lakers facing the Sacramento Kings at the Golden 1 Center. This is the second game between the squads this season. In the initial meeting, the Lakers won 99-97 in clutch time.

Last season, the teams played four times with the Lakers winning three of the four contests. The Lakers hold the all-time record having bested the Kings in 276 of their 432 matches

It couldn’t help but be an emotional night for the Lakers who returned to the court for the first time since Kobe Bryant’s premature death. The Lakers hadn’t played competitively since last Saturday.

Whether it was the rust, the emotion or a combination of the two the team wasn’t firing on all cylinders.

Avery Bradley scored 10 points as the only other Lakers player to hit double-figures.

On the season LeBron James leads the Lakers assist efforts with 10.7 per game. The remaining five key stat categories are dominated by Anthony Davis with 26.7 points, 9.3 rebounds, 1.5 steals, 2.5 blocks and 50.9% field goal percentage.

Davis is still nursing his back contusion so the team might elect to rest him in the back to back but after almost a full week off he should be good to go.

JaVale missed the last two games with the flu while Alex Caruso is nursing a sore neck and both are listed as day to day.

The up and down season of the Kings continues with the team currently on an upswing having won three of their last four matches including a statement victory over the LA Clippers on Thursday.

Kawhi Leonard sat out the match when his back stiffened during the pregame warmups. The Clippers other superstar Paul George was back in the lineup but it made no difference to the Kings who controlled the match despite playing on the second game of a back-to-back set.

Dewayne Dedmon registered a double-double of 11 points and 11 rebounds. Fox led the scoring effort with 34 points while Hield (19), Joseph (16) and Bogdanovic (15) each registered double-figure scoring efforts.

Marvin Bagley III will be out until lat February after re-aggravating a left mid-foot sprain. Richaun Holmes is expected to be out until mid-February nursing a shoulder strain.

The Kings have the rest advantage and are on a roll. Despite playing on consecutive nights the Lakers were off for six days prior to their match Friday. The question is how much of an emotional toll the past week has taken.

If you’re looking for more NBA picks like this Los Angeles Lakers vs. Sacramento Kings matchup we’ll be providing 4* free NBA predictions on the blog during the entire 2019/20 NBA season, and check out our Experts for guaranteed premium & free NBA predictions!