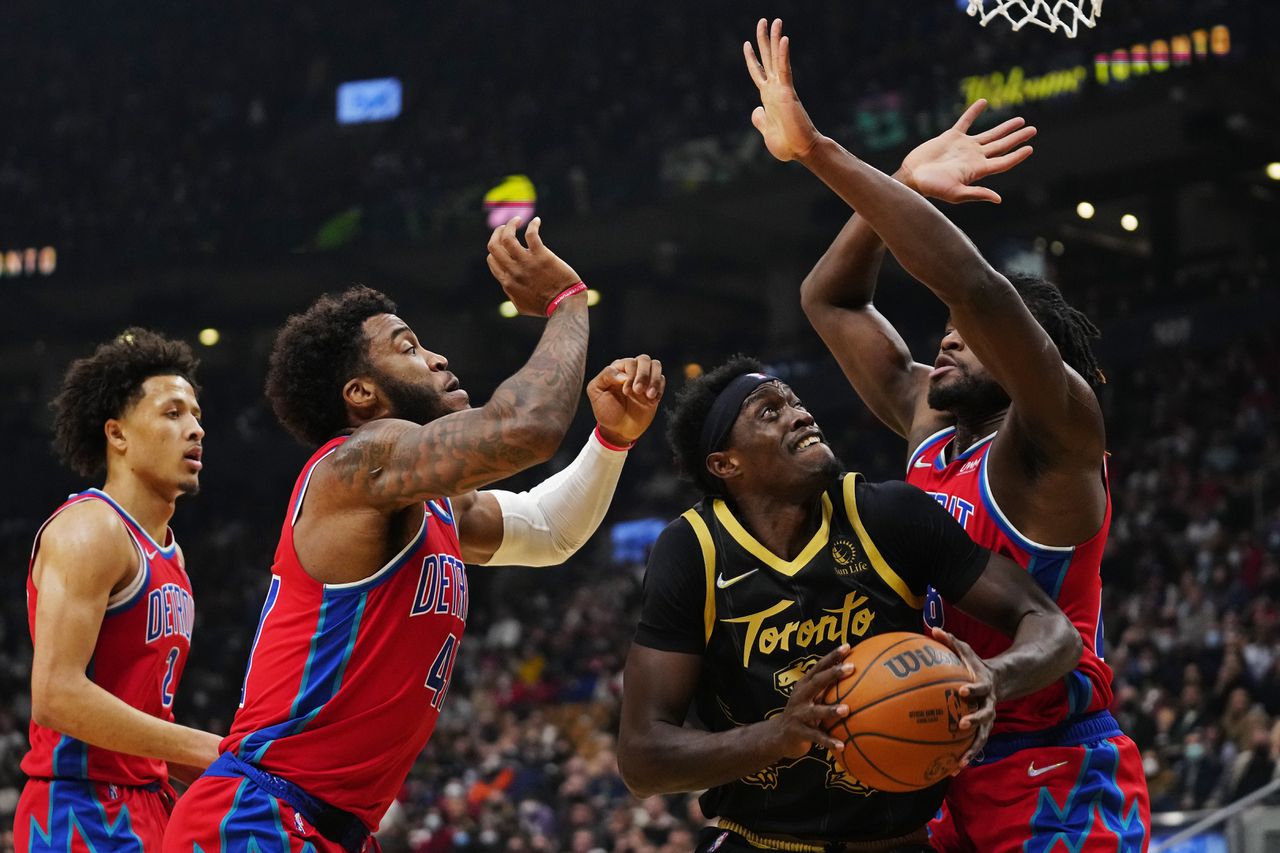 Monday, February 14th, finds the Detroit Pistons and Washington Wizards playing for the second of their four scheduled regular-season matches. In the initial meeting, the Wizards prevailed 119-116 in overtime on December 8th.

Washington will host again on March 1st and Detroit will host the final meeting of the season series on March 25th.

Detroit last played Friday in a 119-141 beatdown by the Hornets while the Wizards got blasted 110-123 by the new-version Kings on Saturday.

After the Pistons began the New Year on a high winning six of their first 11 matches they regressed back to the tanking means losing 11 of their last 12 matches and are currently on a seven-game losing streak.

Many expected Jerami Grant to be traded at the deadline but either Troy Weaver didn’t get a deal he wanted or teams shied away knowing Grant still envisions himself as the primary option on a team.

Based on Weaver’s post-trade deadline interview with The Athletic reading between the lines it seems the GM isn’t opposed to trading Grant but prefers to wait for the offseason to get the package he wants.

Weaver also cited the benefit of having a young vet/talent on the roster to help foster the growth of the youngsters.

Marvin Bagley III (newly acquired) was upgraded to probable and Frank Jackson (back) was downgraded to out Monday versus the Wizards. Isaiah Livers (foot) is out for the season.

In the lead up to the All-Star Break the Wizards will play three matches including this game versus the Pistons and then hit the road for a back-to-back set against the Pacers and Nets.

They luck out in the timing of the latter given Kyrie Irving still can’t play at Barclays, Kevin Durant remains out rehabbing from his knee sprain and if Ben Simmons plans to win money in arbitration for the $20 million-plus in salary he’s lost it’s a good bet he waits a bit to return.

The Wizards could use some luck at the moment losing nine of their last 11 games and are a half-game back of the Hawks for the final play-in seed.

Following the trade deadline, the new players have arrived but Kristaps Porzingis remains out with dealing with a lingering bone bruise on his knee.

Reports surfaced after the deadline the Raptors were in the mix for the unicorn and the long-rumored desire for Goran Dragic to unite with fellow Slovenian Luka Doncic but Toronto backed out over concerns of his injury history and two remaining years on the contract.

Kristaps Porzingis (knee) and Daniel Gafford (conditioning) were both downgraded to out Monday versus the Pistons. Bradley Beal (wrist) had season-ending surgery.

The Wizards should be able to get into the win column facing the tanking Pistons, however, the length of the Pistons could be problematic given Washington is missing both Porzingis and Gafford and Bagley is new to the system.

Much will depend on how the Wizards deal with limiting rookie Cade Cunningham and Jerami Grant who are similarly trying to find a rhythm together on the court.

If you’re looking for more NBA picks like this Detroit Pistons vs. Washington Wizards matchup we’ll be providing 4* free NBA predictions on the blog during the entire NBA season, and check out our Experts for guaranteed premium & free NBA predictions!