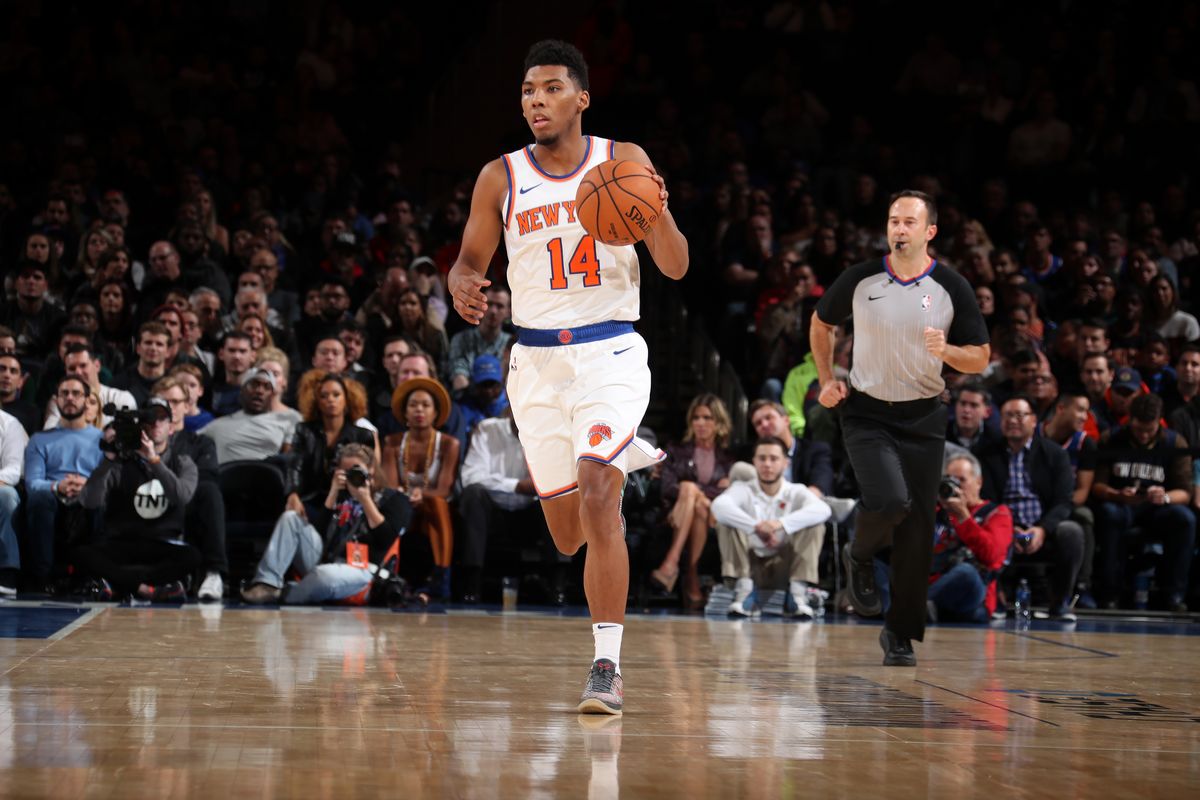 Saturday, February 29th, the Chicago Bulls will meet the New York Knicks for their third time this season with each team winning once. The Knicks won the initial meeting on October 28th (105-98) and the Bulls took the November 12th match (120-102).

Last season, the teams played three times with the Knicks taking two out of three matches. The Bulls hold the all-time record having bested the Knicks in 123 of their 231 matches

The Thunder held a big lead on the Bulls who charged back but the OKC clutch time crew held on to hand the Bulls their 39th loss of the season.

Rookie Coby White has broken out scoring 30 points in three consecutive games including a career-high 35 points versus the Thunder.  While Zach LaVine led Chicago with 41 points.

Shaquille Harrison (11) and Tomas Satoransky (10) were the other double-figure contributors.

More than half the 15 man roster is out injured. Coby White is dealing with back soreness but listed as questionable.

Denzel Valentine (hamstring) and Chandler Hutchison (AC sprain, right shoulder) are out with no definitive timeline for return. Max Strus (torn ACL) is out for the season.

Of all the injuries, Porter’s absence has played a big factor in the team underachieving this season.

For as much as the Knicks are cellar dwellers and continue to showcase how not to run a franchise, they’ve had their moments this season.

Although there are copious twenty point losses there are several games the Knicks were competitive other than one bad quarter where the team surrendered a double-digit differential.

New York’s recent loss falls in this category as they coughed up a 35-25 second quarter to the 76ers and lost the game by nine points.

Frank Ntilikina missed the last three games with groin soreness, Dennis Smith Jr. left the match versus the 76ers with concussion symptoms and Taj Gibson is dealing with back spasms. All three are questionable to suit up Saturday.

Kenny Wooten (thumb) is gone for the season.

The Bulls limp into the Mecca and still might have more overall depth than the Knicks. When focused either team can serve up big scores or focused defense.

The question is who’ll do that longer in the match?

If you’re looking for more NBA picks like this Chicago Bulls vs. New York Knicks matchup we’ll be providing 4* free NBA predictions on the blog during the entire 2019/20 NBA season, and check out our Experts for guaranteed premium & free NBA predictions!