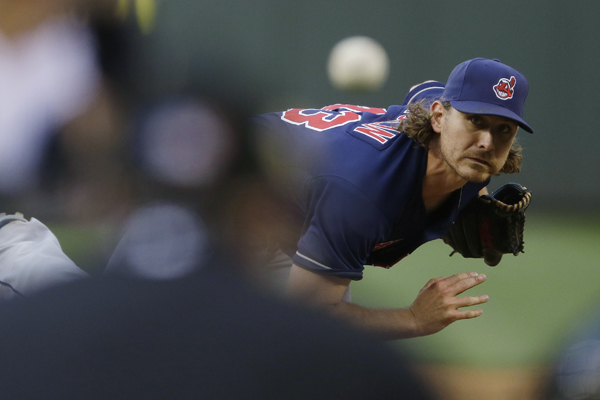 The Jays take on the Indians at Progressive Field Saturday evening in a battle for the top AL spots.

The Jays just took two of three from the Yankees and have won four of their last five games.

The Indians just beat the White Sox in a three game series, taking two of the three. They’ve also won six of their last eight games.

The Jays have been playing well despite nursing key injuries.

It’ll be much more challenging to get runs against the Indians though compared to a depleted Yankees bullpen.

Aaron Sanchez is still having a Cy Young calibre season.

In his last start, he gave up just two runs over seven innings of work.

He gave up four in his start prior to that, which was his first loss since April but has been outstanding otherwise.

The Indians are seen as the team to beat in the East this season, since they look to be the most polished and well rounded team.

They don’t really have any gaps and have proven it by winning six of their last eight games.

They’ve generated 54 runs during this eight game stretch and given up just 30.

Josh Tomlin has been one of the reasons for the Indians success this season but has been shaky since August 4th.

He’s given up 17 runs over his last three starts in just 16.1 innings pitched but in his last outing he looked to have bounced back.

He gave up just three over 7.2 innings against the Red Sox.

The Jays and Indians matchup really well, while the Indians have the edge offensively because of injuries to Bautista and Pillar, it’s still a close one.

Sanchez is the better starter of the two and I believe this game really comes down to pitching.

This game is likely to be low scoring despite both teams trending over and all of the scoring they’ve been doing.

Sanchez should limit the Indians offense and the Jays will likely only explode if the top/middle of the order explodes.

If you’re looking for more picks like this Toronto Blue Jays vs Cleveland Indians matchup we’ll be providing 4* free MLB plays on the blog all season long, and check out our Experts for guaranteed premium & free MLB Baseball picks!