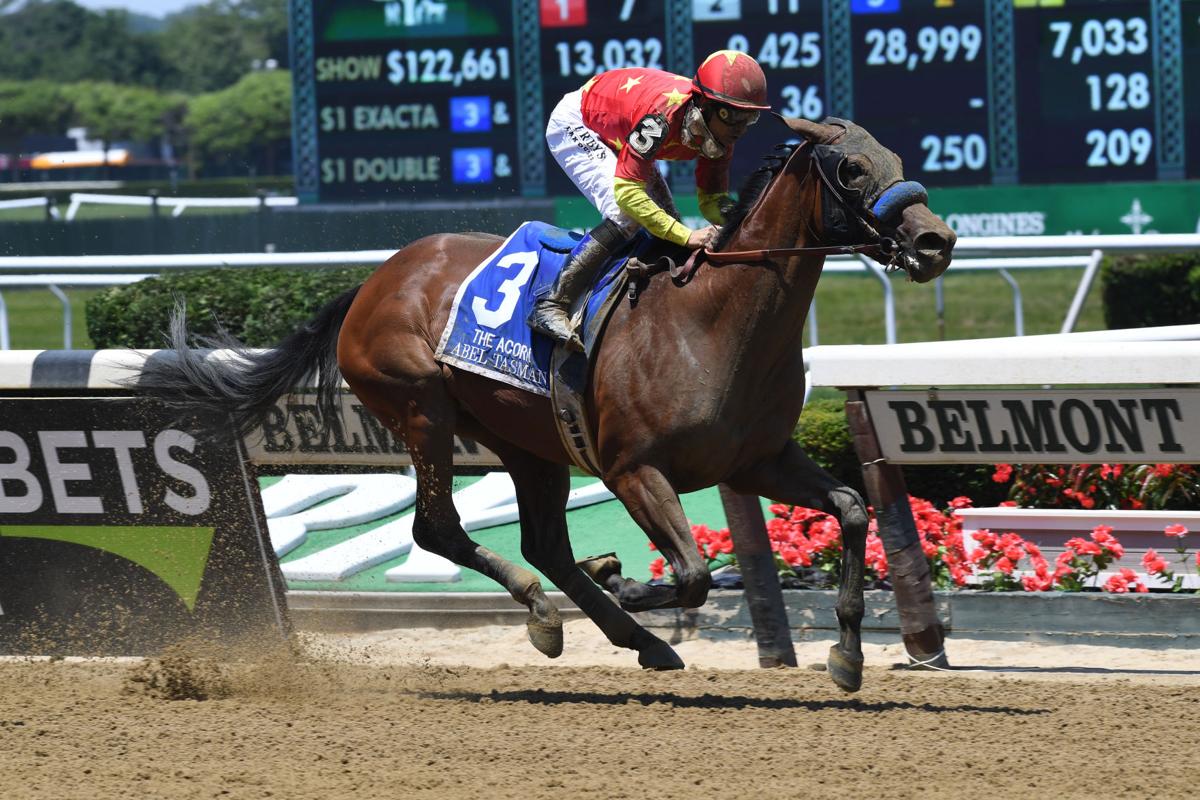 One of a pair of graded-stakes on tap for Saturday afternoon at Saratoga, the Ballston Spa is open to fillies and mares aged four and older. They’ll race 1 1/16 miles on the Saratoga turf course.

A total of five are expected to go to the gate, with the race featuring an international field and a pair of veteran superstars. There’s one Also Eligible entry if the race is switched from turf to dirt, but with no rain in the forecast for Saturday at Saratoga that is unlikely to happen.

Irish-bred mare Sistercharlie started her career racing in France, but has been stateside since 2017, where she has won 7 of 10 starts and has never been out of the money. In fact, her worse finish on US soil was a third-place run in the 2019 Breeders’ Cup Filly and Mare Turf, a race she won in 2018.

She’s been off since the Breeders’ Cup, making this her first start in almost nine months.

She’s trained by Chad Brown, Johnny Velazquez is the jockey.

Well-travelled veteran Starship Jubilee is a multiple graded-stakes winner who has won three in a row and five of her last six, including a win in the (G1) EP Taylor Stakes at Woodbine last fall.

Last out she captured the (G2) Hillsborough Stakes at Tampa Bay Downs, and prior to that she won the (G3) Suwanee River Stakes at Gulfstream Park by more than 4 lengths. She has the ability run on the lead or come from off the pace.

The trainer is Kevin Attard, Javier Castellano is set to ride.

Bred in the UK, Call Me Love is one of the relatively rare horses racing in North America that began her career in Italy, where she had wins at both the Group 2 and Group 3 level. Her first US start came in early June when she ran second in the (G3) Beaugay Stakes at Belmont Park, behind the very tough Rushing Fall.

Wheeled back just over three weeks later she faded late to finish fourth in the (G2) New York Stakes, but here she gets a significant cut back from that 1 1/4 mile distance.

After the top three there’s a serious drop-off in class in this race and it’s unlikely the other two entrants will challenge for the win. North Broadway at least scored her maiden victory two starts back going one-mile on the Gulfstream Park turf, but then could do no better than sixth in her next outing where she was bet down to be the favourite.

She’s taking a huge step up in class here, and is probably running for a minor reward.

She’s another Chad Brown trainee, while Tyler Gaffalione is the jock.

I’m going to hope for a bit of an uptick in the odds at post time and play Starship Jubilee for the straight win. She faces a formidable foe in Sistercharlie, but I can see two factors working against that one in the fact that this will be her first start off the long layoff, and perhaps more significant, the distance here is probably a bit shorter than she likes.

I’ll also play the trifecta with Starship Jubilee on top and Sistercharlie and Call Me Love both in the place and show spots.

What do you think of our 2020 Ballston Spa Stakes Race Odds & Predictions? Weigh in below with a comment. We welcome your feedback.