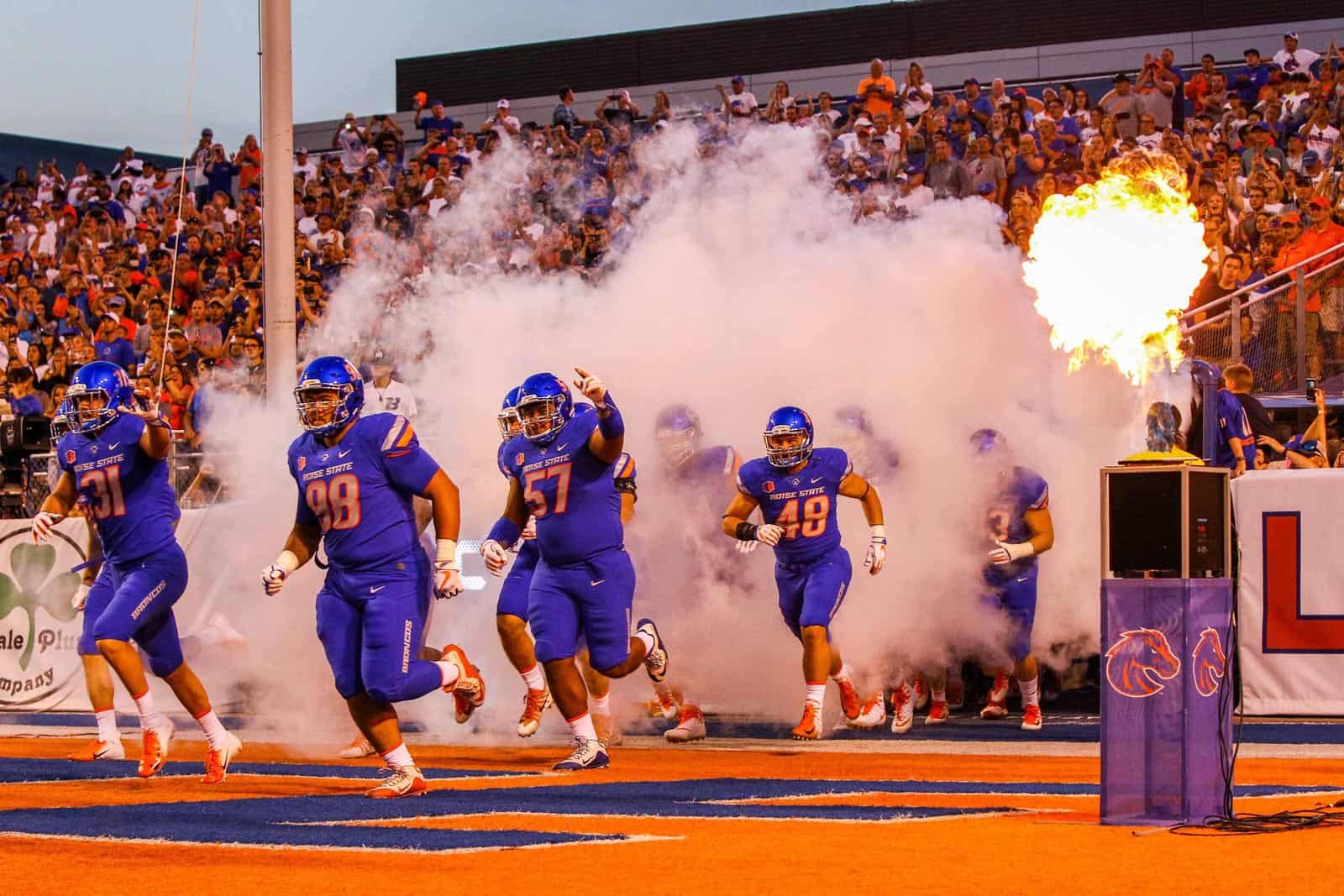 The Broncos are favored by 13.5 points in this Mountain West Conference matchup and one of these programs will be hearing from the bowl committee with a win on Friday night in Boise. Both of these teams sit at 5 – 4 on the brink of that all-important 6th win that usually ensures a post-season appearance.

The Broncos have taken the last 4 meetings in this series and overall they are 14 – 1 in 15 clashes between them. The last and only time Wyoming came away with a win over Boise State was in Laramie back in 2016. A 30 – 28 win for the Cowboys snapped the Broncos’ undefeated streak to start that season but that is all history.

All 5 of their recent meetings have been decided by 10 points or less and with a bowl bid on the line, the line setters expect Boise to handle Wyoming quite easily. Favored by just about 2 TD, the Broncos should easily beat up the Cowboys so there must not be a point to play this game, right? Hmm hmm, because it’s always that easy!

So, the line setters have written off the Wyoming chances of winning this game so why show up? Just stay home because there is no hope and no chance?

Listen, we all know the deal with Wyoming as they got off to the hot start at 4 – 0 and then shit the bed going 0 – 4 before last weekend’s win over Colorado State. The Rams had no answer for Titus Swen who ran all over the Colorado State defense totaling 166 yards on 21 carries.

Levi Williams didn’t have to do much to support the cause as he only completed 9 passes on 16 attempts but two of those tosses found Cowboys in the end zone. Ironically,, Swen never found the end zone in the win as Williams and Valladay claimed the two rushing scores on the night.

If you haven’t seen Isaiah Neyor catch a football yet you should catch this game and see what the hype is about. Neyor has only caught 26 passes as the QB situation has really made the headlines but he has found his way to the end zone 8 times. Keep in mind, only two receivers have even caught TD passes this season as TE Treyton Welch accounts for the other pair.

Chambers is expected to be watching again after getting benched against New Mexico but he still leads the team with 1100 passing yards. Williams will likely see the bulk of the snaps the rest of the way for head coach Craig Bohl. Bohl was only 2 – 4 in 2020 with a shortened schedule so a bowl bid will be important to get this program back on track.

The Mountain West Mountain Division standings are not even close to being decided yet and the Broncos are right in the thick of appearing in the Conference title game when the regular season comes to a close.

With 3 games left to play, Boise has a win over Utah State who sits atop the standings so a tie-break there would go to the Broncos. However, the loss to Air Force is where the wrench comes in as Bose and the Falcons are deadlocked at 3 – 2 coming into this weekend. That obviously means that Boise has to be a full game better than Air Force who has a pretty good chance of running the table themselves from here on out.

Air Force has games with Colorado State, Nevada, and UNLV left to play and the Broncos still have a big game with San Diego State ahead of them. We will give Boise the win next week over New Mexico now, although we know they still have to go out and get that win too.

I will admit I was damn impressed with the Broncos’ win last time out over Fresno, and I expected the Bulldogs to give much more a fight than they did. Boise came away with a decisive 40 – 14 win on the strength of the defense without a doubt. The Broncos sacked Jack Haener 5 times and forced 3 turnovers from his interceptions stifling the Bulldogs’ offense.

Hank Bachmeier was a pedestrian 15 for 27 on the day with 283 yards and a score but one dude was not just a pedestrian on the night! George Holani is still running laps around the Bulldogs as he single-handedly led the offense to a big day. Holani put up 117 rushing yards and added 69 more receiving yards to his day as he and the defense were the MVPs of the game.

I do not believe that Wyoming will just lay down and give away a chance at claiming bowl eligibility. This will be a much close game than the line setters expect IMO, so we shall see. I call for a 26 – 19 type of game!

If you’re looking for more picks like this Wyoming Cowboys vs Boise State Broncos matchup we’ll be providing 4* free College football game predictions on the blog all season long, and check out our Experts for guaranteed premium & free CFB Football picks!