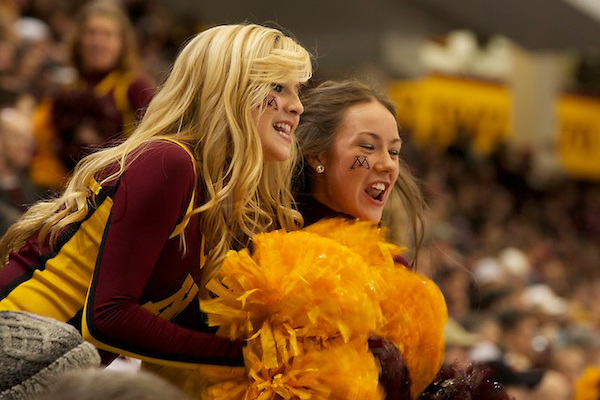 The Golden Gophers welcome in the Wisconsin Badgers as they try to become bowl eligible and grab their 6th win of the season.

As for Wisconsin, they’ll simply be playing to try and solidify their New Years Bowl status with a 9th win to close the season.

Since 1948, the teams have been playing for Paul Bunyan’s Axe

The Badgers come into this game a bit disappointed as they had many aspirations of getting back to the Big 10 Title game this season.

However, with that not being the case, a Badgers 9th win here could solidify themselves into a New Years Day bowl against an SEC team. While that is a simple consolation prize, it is still a solid place for Wisconsin to end up.

The Badgers Joel Stave was knocked out of the Northwestern game last week and has gone through concussion tests throughout the week. Stave is expected to play as he’s passed all tests and practiced all week long.

Stave will be playing in his final regular season game with Wisconsin, in which a career he’s had some solid success in. The Badgers QB has racked up 29 wins, which is 4th among active QBs.

The Golden Gophers need an upset win here on Saturday to become Bowl eligible and continue their season.

To grab that 6th win, the Golden Gophers will need to put the brakes on an 11 game losing streak they have going to Wisconsin.

Becoming bowl eligible would mean so much to this Minnesota team as they former head coach Jerry Kill will be in attendance on Senior Day. Kill left the team for health reasons about half way through the season and will certainly be emotional while his team competes for a spot in the postseason.

Injuries have been a main reason for the Golden Gophers failures this season. They grabbed a win last week to keep their season alive thanks in large part to the freshman filling for many injured starters.

Shannon Brooks highlighted the win as he rushed for 174 yards and 3 touchdowns.

The Golden Gophers will as motivated as ever, especially with Kill in attendance.

With the motivation on Senior Day, the Golden Gophers grab an outright win and get their bowl eligibility.