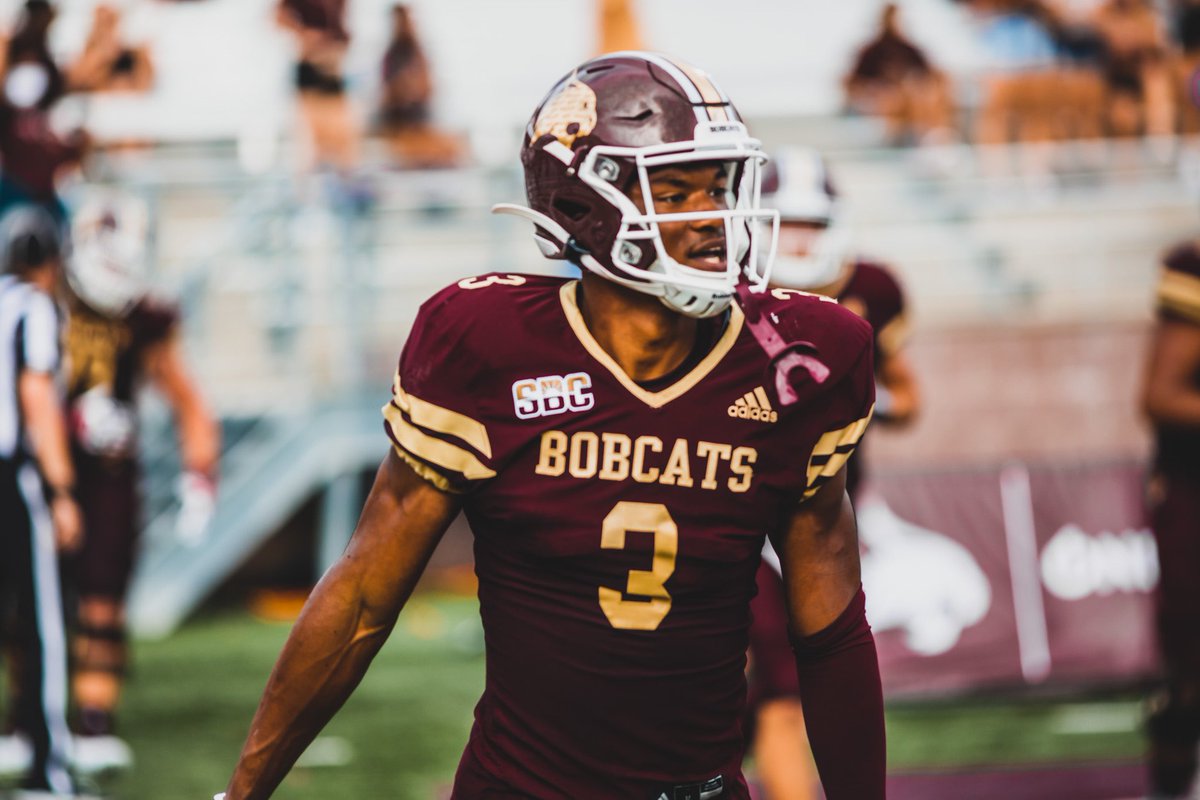 The Warhawks can, at least, still navigate their way to a bowl bid but they finish the season against LSU and Louisiana after facing the Red Wolves next week. Let’s go ahead and predict that this Monroe program will be heavy underdogs against those final 2 teams so it is to win these next two or bust!

This Warhawk program was 0 – 10 in 2020 so the fact that we are even talking about a possible bowl berth is something positive.

The Bobcats season is over for the most part as 6 losses and 2 wins for Jake Spavital are not really shaping up to make him a good signing for this program. Spavital won 3 games in 2019 and only 2 in 2020 which would make this losing campaign number 3 in 3 years in San Marcos.

Underdogs! The Warhawks are listed as dogs on the road to a team that just found its second win of the season last weekend. Monroe came back down to earth last time out getting thumped by Appalachian State, 59 – 28, the loss coming after finding surprising wins over Liberty and South Alabama as heavy underdogs.

It is hard to believe that this same team beat Liberty and South Alabama the way they looked last weekend against the Mountaineers. App State scored 21 first-quarter points and added another 28 before halftime to lead 49 – 7 going to the break. Monroe did outscore them in the second half, 21 – 10, if there is anything worth taking from the outing.

Jiya Wright had a terrible day passing the ball going 9 for 17 with 158 yards with 1 TD pass against 2 INTs. Wright led the team in rushing with 91 yards and a score and that about sums up the day for Monroe.

Had Jakyle Holmes not dished off a 68 yard run from one of his two rush attempts, the rushing numbers would have looked even worse than they look on paper. The Hawks only gained 162 yards outside of that run on the day, and no one caught more than 2 balls all day either.

The Bobcats helped Louisiana QB Levi Lewis make history last weekend as he broke Jake Delhomme’s TD passing record with his 3rd TD pass of the game. With 65 TD passes in his career, Lewis now stands alone with the Cajun’s team record and it really was just an ugly game for the Bobcats overall.

The 45 – 0 final score certainly reveals all you need to know about how successful the Bobcats were in the game. Now facing a 3-game losing slide, the Bobcats must win their final 4 games of the season to pull back to a .500 record.

The Bobcats had 2 fumbles, 2 punts, and a field goal attempt blocked out of their first 5 possessions of the game. Tyler Vitt led the team in rushing with 94 yards on 15 carries. That is fine but he is the starting QB and he only threw the damn ball 13 times completing 6 passes the entire game. Usually, when a team is down you will see more passing attempts to get back in the game but that never happened.

Vitt totaled 42 passing yards and threw an INT along the way but some of the numbers are just staggering. Vitt had 4 receivers catch one single ball and neither of them brought in more than 17 yards in the passing game.

The only highlight of the game was Levi Lewis breaking Jake Delhomme’s TD passing record but yet somehow this team is favored after being completely shut out last week. Ashtyn Hawkins led the team with a whole 2 receptions and he only tallied 4 yards from those grabs.

The Bobcats offense puts up only 337.3 YPG which puts them all the way back at 111th in the rankings. The 21.9 PPG also has this team in the 111th position of the rankings and yet they allow 35.3 PPG among the worst in the country.

Does that total say 59? Wait, someone shake me because I must be dreaming!  How the hell do the line setters expect these two teams to put up 60-something? Yeah, that’s a no, thank you!

If you’re looking for more picks like this UL-Monroe Warhawks vs. Texas State Bobcats matchup we’ll be providing 4* free College football game predictions on the blog all season long, and check out our Experts for guaranteed premium & free CFB Football picks!