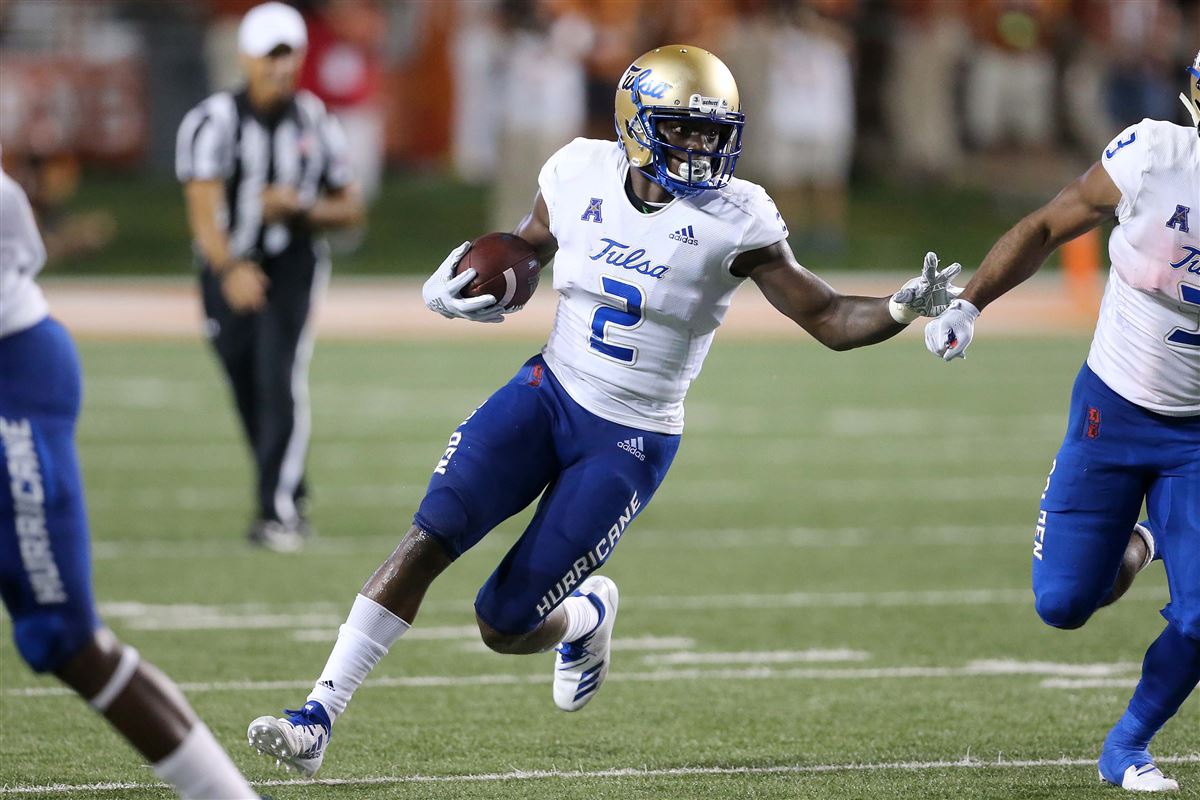 The Tulsa Golden Hurricane will travel to Annapolis and take on the Navy Midshipmen for some American Athletic Conference action this weekend. Tulsa will open as the three-point road favorites here, with the total opening at 50.5.

HISTORY: Tulsa and Navy have crossed paths in each season since becoming AAC rivals. Navy leads the all-time series 7-2, after winning six of the last seven meetings.

Tulsa was competitive every time out during September. A double-overtime loss to Wyoming was a tough way to open the season, but the Golden Hurricane responded by defeating Northern Illinois in their home opener. Tulsa beat up on FCS power Jacksonville State, then played Ole Miss really well in Oxford, and covered in both matchups. They hosted a conference power for possibly the last time in Week 5.

Last weekend, Tulsa loss to Cincinnati, 31-21, covering their third spread in a row.

Davis Brin has shown major improvement after starting 12 games last season. The senior quarterback has been efficient early, and he’s done a really good job of cutting down the turnovers. Brin threw 16 picks last season, and he’s only thrown three thus far. Brin opened the season with a 400-yard outing at Wyoming, then followed it up with a pair of four-touchdown performances, so he’s due for an outburst soon.

Brin has thrown for 1,555 passing yards, with 12 touchdowns to three interceptions through the first five games.

Steven Anderson has given Tulsa steady production in the lead role. The senior back is a 242-pound bruiser, who gained a season-high 76 yards in the hard fought game with Ole Miss. Anderson scored four touchdowns in the first three games, and he leads Tulsa with 229 rushing yards.

The availability of Keylon Stokes will go along way for Tulsa in this one. The sixth-year senior took a scary hit last weekend in Oxford, but he’s been a very big part of the offense thus far. Stokes caught eight or more passes and gained 135 yards or higher in each of the first three games.

Navy did not the 2022 season well, opening up with a pair of home losses. In the opener, the Midshipmen fell to nearby FCS school Delaware and mustered just 7 points. They welcomed Memphis to town for their AAC opener, and got overpowered offensively, losing by 24. Navy (+16.5) responded after their bye with a big road win over East Carolina, and almost carried that momentum into their first academy game of the season.

In Week 5, Navy lost to Air Force in Colorado Springs, 13-10, but they covered to improve to 2-2 against the spread.

It’s never been about passing for Ken Niumatalolo and Navy, but Tai Lavatai has been able to push the ball down the field this season. Lavatai went 7/10 for 152 yards and a touchdown versus ECU, then threw a career-high 20 pass attempts against Air Force. If you know academy football, that’s impressive, especially in hard-fought efforts on the road. Lavatai has endured his struggles on the ground, but he did manage to score the game tying touchdown late in fourth quarter last weekend.

Lavatai has thrown for 515 passing yards with two touchdowns to no interceptions, while rushing for 135 yards and three more touchdowns.

Navy has worked through three ball carriers to begin the season. Running back Maquel Haywood boasts team-leads of 181 rushing yards on 5.2 yards per carry. Fullback Anton Hall Jr. has 131 rushing yards, and he’s scored the lone touchdown from the running back room. Fellow fullback Daba Fofana has contributed 116 yards.

Tight end Jayden Umbarger has been Tavatai’s security blanket, and he leads the team with eight catches.

Tulsa has been impressive in back-to-back losing efforts against Ole Miss and Cincinnati, and they are due to get back in the win column soon. The Golden Hurricane may very well be able to benefit off of the game Navy had to endure last weekend. Academy games are always physical, and last week surely took its toll on the Midshipmen physically. Tulsa has the firepower to outscore Navy, it’ll come down to who gets who off the field the most on third downs. The Golden Hurricane should handle business here.

Trust Tulsa to get back in the win column this weekend, and take their spread for this AAC matchup

If you’re looking for more picks like this Tulsa Golden Hurricane vs. Navy Midshipmen matchup we’ll be providing 4* free College football game predictions on the blog all season long, and check out our Experts for guaranteed premium & free CFB Football picks!