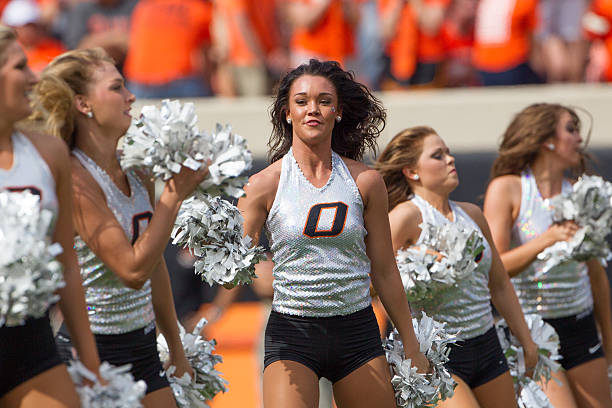 The Cowboys are favored by 13 points in this Big XII Conference matchup and we see a 55 showing on the total. The Pokes magical season continues as they look for win #9 in 2021 riding the defensive efforts to a #10 ranking entering this weekend’s home game with TCU.

The Frogs will likely need to run the table to gain entry to bowl season because of that Duquesne win on the early schedule. A 6 – 6 season might not be enough to get this program back in the post-season but a 7 – 5 record would surely clinch a bowl game invite.

The Pokes are in line to play Oklahoma in the Big XII title game although Bedlam is still coming on the final day of the year regardless.

Coach Patterson didn’t earn a bowl bid in 2019 (5-7) and the 2020 post-season saw the Texas Bowl canceled on this team. Another absence from bowl season would be devastating for a program we have grown accustomed to seeing in the post-season.

The Frogs have only won a pair of their 6 conference games this year but they will likely have to finish out 3 – 0 to see that invitation to bowl season happen. At some point, this little tradition of hosting an FCS program has got to stop because it ends up being useless to everyone except the school’s wallet.

Anyway, Patterson is now unemployed after 21 years at the helm and just when it looked like the season might go for naught last weekend happened!

Did you see the field after the Baylor game? Just a few students took over Amon G. Carter Stadium after the 30 – 28 win over the 12-ranked Bears. Jerry Kill finally filled this team with some emotion and it showed right from the start of the Baylor game.

It’s not like Jerry Kill doesn’t know how to motivate kids being that he earned his 153rd win as a head coach last weekend. It was his first as interim coach at Kansas State but it certainly came at the most opportune time. So, can he get more out of this team on the road in his first away game as an interim coach?

Let’s hope his history of epileptic seizures doesn’t set him back again being that it was largely responsible for him leaving the Minnesota program. Oh, and you will be without Max Duggan your starting QB too! So that was one helluva win for a program that could have used every excuse in the book to go out and flop the rest of the way.

Duggan is set to return to the field this weekend although after seeing what Chandler Morris can do there has got to be some room for him too. When you toss the rock for 2 scores and add another with your legs in an upset win over Baylor? Yeah, make room for the dude! He and Duggan are both mobile and provide quite a threat with their arms and legs. Morris might even be the better passer after watching it for myself seeing some of those throws he smoothed out to beat the Bears. Backup QB? Yeah, the kid can ball!

As the Horns overachieved last weekend the same can be said for this entire season regarding the Pokes. 8 – 1? Wait, what? Who said 8 – 1 and Oklahoma State in the same sentence before the season started?

Most major outlets and pundits had the Cowboys finishing in the 5th or 6th place spot in the standings hanging around the middle of the pack. Yeah, not so much and the only blemish this team has dealt with is a field goal loss to Iowa State on the road.

Now, nearly everyone expects them to get past TCU easily, get past Tech next weekend just as easily before Bedlam! Oh, Bedlam… it’s a thing! That might just end up being the first of two straight meetings with Oklahoma and OK State if they play again in the title game.

I will go on that limb and say Coach Gundy and this vaunted defense of his will show up at Bedlam 10 – 1 with plenty to play for in the battle for the State bragging rights… and then some!

The Pokes defense ranks 3rd in total yards allowed and 4th against the run but this schedule of theirs sure doesn’t look all that intimidating either. Make no mistake that Missouri State, Tulsa, Kansas State, and Kansas are among those wins and they don’t exactly scream like quality offenses.

This defense will be tested this weekend for sure and the renewed fire for TCU can play as dangerous too. Being big favs at home is never a comfortable feeling when post-season bids are on the line.

Amazingly, I see this total sneaking in under the 55. I can see this as a 29 – 23 type of game with no one wanting to make a mistake and the defenses playing a role early. It may open up late but I still see 55 as too high. I will suggest a close game scenario with TCU covering the big spread and the Under along with it.

If you’re looking for more picks like this TCU Horned Frogs vs. Oklahoma State Cowboys matchup we’ll be providing 4* free College football game predictions on the blog all season long, and check out our Experts for guaranteed premium & free CFB Football picks!