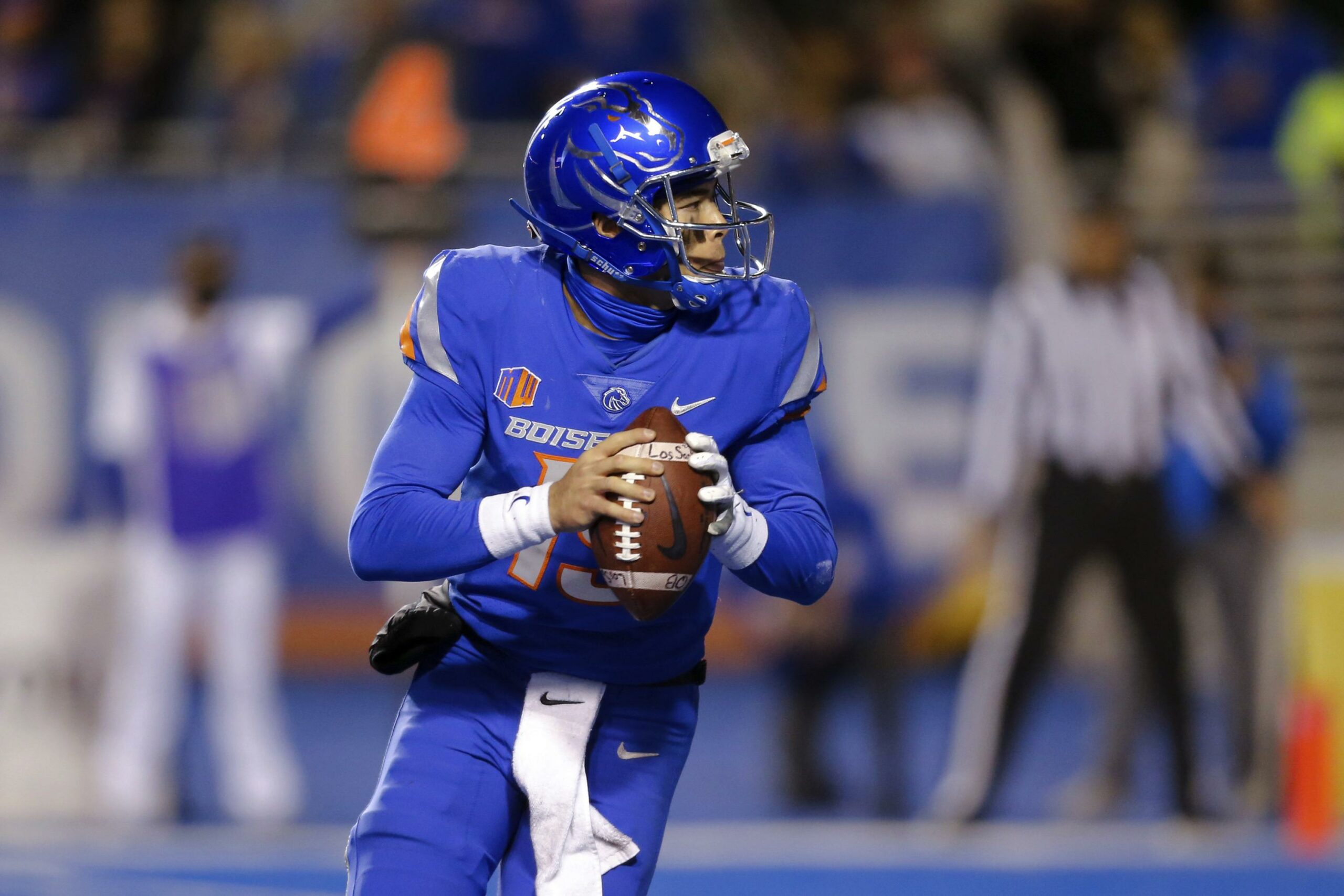 The San Diego State Aztecs will travel and take on the Boise State Broncos from Albertsons Stadium this Friday night on FS1. The Broncos will open as the 9-point favorites here at home, with the total opening at 40.

HISTORY: These two programs have matched up seven times since the Broncos joined the Mountain West in 2011. San Diego State leads the all-time series 4-3 after winning last year’s meeting, 27-16.

San Diego State has split their first four games, delivering mixed results. This isn’t the same 11-2 team that won’t the regular season Mountain West title, but they still possess the same physical grit and come into another interesting spot as underdogs. After suffering defeats to two Pac 12 schools, the Aztecs collected their first FBS win this past Saturday.

Brady Hoke doesn’t ask for much from the quarterback spot, as the veteran coach has long thrived off of the grind it out approach. Braxton Burmeister returned last weekend after leaving the Utah game with an injury, and did just enough to lead to the Aztecs to victory. It wasn’t pretty at all, but the seasoned QB led the game-winning drive against Toledo.

Burmeister has thrown for 230 passing yards with two touchdowns to one interceptions through the first month of the season, while adding 105 yards and a score on the ground.

SDSU has rushed for 221.3 ypg through the first few weeks, and it’s been a collective effort to replace to presence and production of running back Greg Bell. Fifth-year back Jordan Byrd caught the hot hand last week against the Rockets, gaining 115 yards and scoring twice, including the game-clinching one-yard touchdown.

Byrd now leads the Aztecs with 224 rushing yards and three touchdowns, while Jaylon Armstead has complimented with 160 yards on the ground.

Tyrell Shavers and senior wideout Jesse Matthews serve as the primary pass catchers for Burmeister. Matthews has two seasons of 45 catches or more, and Shavers has scored twice this year.

Boise State has struggled a bit through the first month of the season, and a return to the blue turf may just be what they need. The Broncos dropped their season opener in Corvallis to Oregon State, but they managed to bounce back and open Mountain West play with a win over New Mexico. Boise defeated FCS school UT-Martin in their home opener, but Week 4 put the program in an unfamiliar position, again.

Last Friday, Boise State lost to UTEP in El Paso, 27-10, dropping to 0-2-1 against the spread, and picking up the rare second early-season defeat for the second year in a row.

The Broncos have scored 22.1 ppg and averaged just 283.3 yards per game through the first month of the season. The rumbling for freshman Taylen Green are only gettng louder, as an embarrassing performance against UTEP has placed a cloud over the season. Hank Bachmeier has been serviceable over his four seasons behind center, but it appears that the senior QB has regressed.

Bachmeier has through for 497 passing yards with six touchdowns to three interceptions over the first four games.

George Holani heads the backfield for Boise. The junior back brings a versatile skill set to the table, gaining 75 yards or more in each of the past three games. The Broncos will need to lean on him here at home, along with a strong defensive performance with Bachmeier struggling to push the ball right now.

No one’s been able to replace the void left by Khalif Shakur at wideout thus far. Stefan Cobbs has been Bachmeier most reliable target, and he’s got 12 catches for 103 receiving yards and two touchdowns through three games. Latrell Caples leads the team in receptions (14) and yards (125).

With both teams jumping out to puzzling starts, this conference battle will serve as a big test for both sides. Despite neither team looking as sharp as usual, this meeting was circled on both schools calendars heading into the season and should be very competitive. Expect a focused, defensive battle, where which ever team makes the least amount of mistakes wins.

Boise will have advantages of home field and rest on their side, with redemption from last week and revenge from last season on their mind. The Broncos should take care of business on the blue turf, but they can’t be trusted to cover right now. Both defenses will make things tough so fade the points here.

The Burmeister/Bachmeier duel on a short week has snoozer potential, so take the under for this Mountain West matchup.

If you’re looking for more picks like this San Diego State Aztecs vs. Boise State Broncos matchup we’ll be providing 4* free College football game predictions on the blog all season long, and check out our Experts for guaranteed premium & free CFB Football picks!