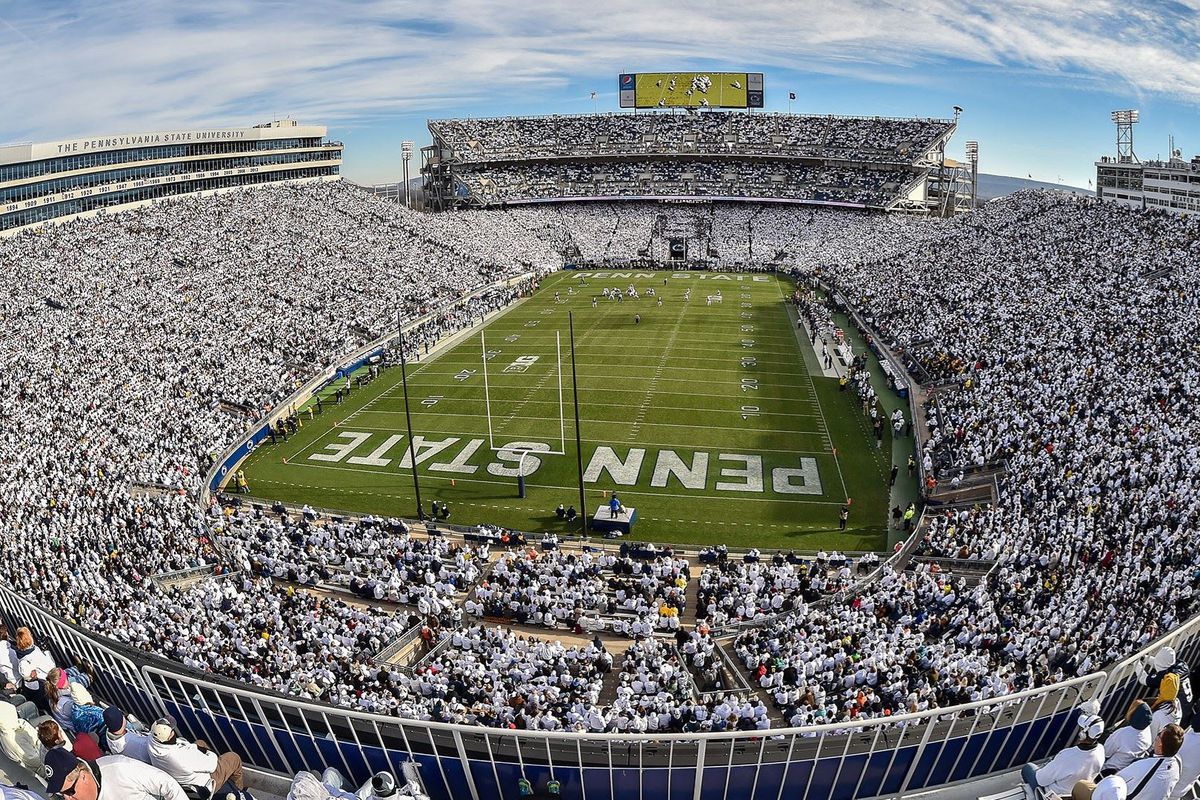 Two Big East teams will be going at it on Saturday when the Michigan Wolverines visit the Penn State Nittany Lions.

Both of these teams are coming off of wins in the previous week. It should make for a very good matchup.

The Wolverines opened up as 2.5 point favorites and that number is now down to 1.5. I have seen most totals at 48.5.

Michigan has had a very good season so far. Some people may have thought this team would be good, but nobody had them at 8-1 through 9 games.

The Wolverines took care of the Indiana Hoosiers last week by a score of 29-7. They did just what they had to do against a bad team.

Cade McNamara was 10/18 for 168 yards with 2 touchdown passes on Saturday against Indiana. He, along with the entire offense will be in for a much bigger challenge when they have to go against that tough defense of Penn State.

Hassan Haskins had a big day running the football on Saturday. He finished the day with 27 carries for 168 yards and 2 touchdowns. The leading receiver was Cornelius Johnson who had 5 receptions for 108 yards.

The defense has played very well so far this year. Yes, they did get shredded by Michigan State, but that was one game. They did a good job of bouncing back on the defensive side when they went against the Hoosiers. It will be a lot tougher when they have to face an explosive Nittany Lion’s offense on Saturday.

Penn State has had a solid season this year, but they have yet to be an elite team. They will make a big statement if they can knock off Michigan.

The Nittany Lions covered as 10 point favorites against the Maryland Terrapins as they beat them by a score of 31-14. The game was close for a while, but eventually, Penn State proved to be too much for the Terps to handle.

Last week, Sean Clifford was 27/47 for 363 yards with 3 touchdown passes. He has played very well so far this year. He will have his hands full when he goes against a very physical and well-balanced defense in Michigan.

The running game was not a huge factor last week against the Terps. As noted earlier, Clifford was asked to throw the ball quite a bit. The leading receiver was Jahan Dotson who had 11 receptions for 242 yards. The Clifford to Dotson connection has been a thing of beauty this year.

Overall, the defense for this squad has been a major strength for them. Even against one of the best offenses in the Country in Ohio State, they did not look overmatched. We will see how they do against another explosive offense in Michigan.

Every week, there are usually at least a few games that you feel like you have to watch. This is one of those games for me.

This is a battle between two good teams in the Big Ten. Yes, Michigan is the better team, but that does mean at all that Penn State is a slouch.

I know it is only 1.5 points, but I am just not totally on board with the Wolverines covering here. It seems like a line that is too good to be true if you are laying it with Michigan. I can see both teams having success on offense and it comes down to the last minute.

It does not seem like many people are giving the Nittany Lions a chance here and I cannot say that I am surprised. I am not picking them to win this thing, but I just feel they can keep it very close in front of their home crowd. Both teams have been very good ATS, so something has to give in this one.

Give me the Nittany Lions getting 1.5 points here.

If you’re looking for more picks like this Michigan Wolverines vs. Penn State Nittany Lions we’ll be providing 4* free College football game predictions on the blog all season long, and check out our Experts for guaranteed premium & free CFB Football picks!