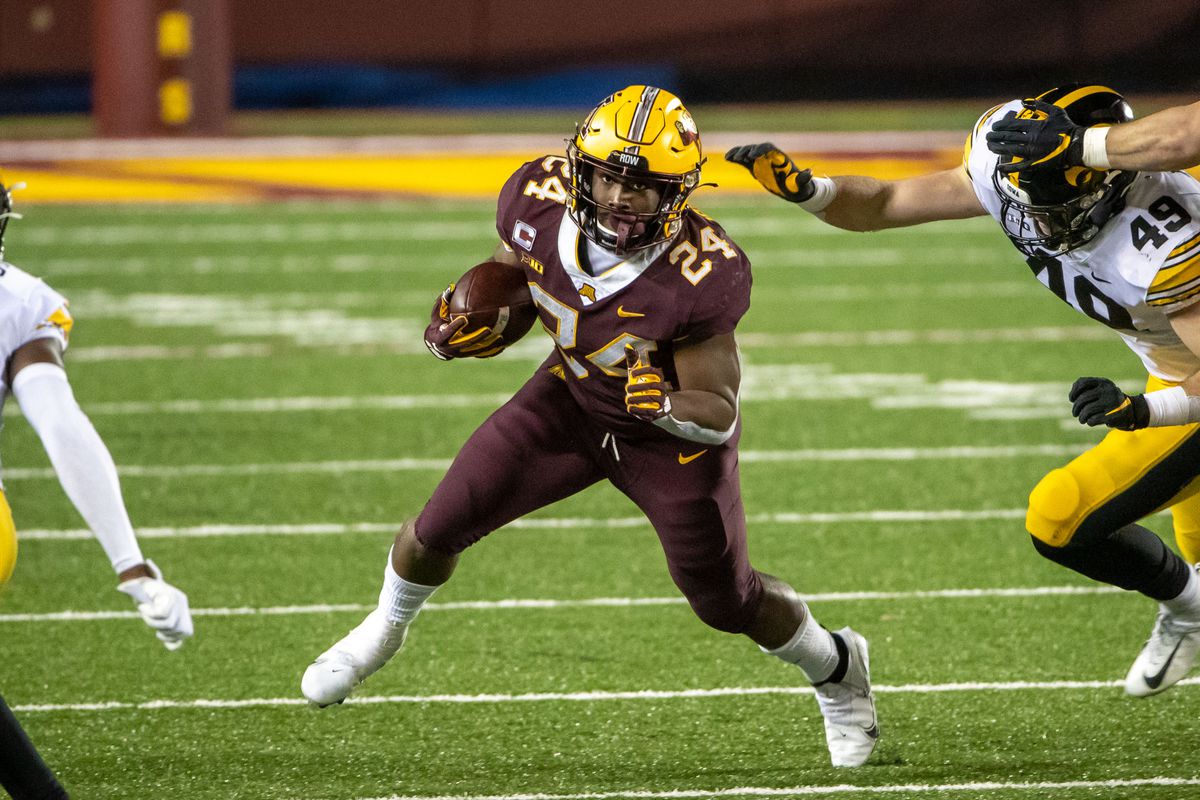 A tough matchup for the Fighting Illini here as they head onto the road to take on the ranked Minnesota Golden Gophers team. The Illini continue to lose games in which have come down to the wire including last weeks home loss to Rutgers. On the flip side the Golden Gophers are coming off a dominant win over the Northwestern Wildcats. After a 41-14 win, I expect the Gophers to continue to run over opponents.

Anytime there is a quarterback switch during the season it usually won’t bold well for the offense. After Sitkowski went down with a broken arm, Senior Brandon Peters got the call halfway through the season and has been hitting his strides as of late. It’s nothing flashy, but he is putting his team in the position to win. On the season he has thrown for 600 total yards, three touchdowns and one interception. His QBR is low at 45.9 but is completing about half of his throws. Like I said, nothing amazing but he is not bringing down his team.

Adding onto the team’s stat line, they have been more defensive forward, allowing only 23.3 points per game. They held a powerful Rutgers team to only 20 points but need to work on the rush defense as they allowed over 230 rushing yards to the knights. If they can stop the run, anything is possible Saturday.

We talked about one Senior quarterback above who is putting his team in position, but fellow senior QB Tanner Morgan is taking the Golden Gophers to new limits. He is completing over 60% percent of his throws and is ranked 47th in the nation with a 68.4 QBR. With a great QB play, the Gophers have really opened up the running game, averaging 272 yards per game in their last three games. If they continue this success, the Gophers should have no problems against an Illini team that is struggling from left to right.

If you thought betting on the Gophers due to their running game was a good reason, wait until we talk about the defense. The Gophers have gone six straight games where they have not allowed over 23 points. For an Illini team that struggles to get points on the board, I would not be surprised if the Gophers hold them to under 17 points on Saturday.

The Golden Gophers may have suffered the early loss to Penn State, but they have been cruising ever since. This is going to be a blow out win for the Gophers and should be on everyones ticket come Saturday.

Gophers by a couple of touchdowns. Let’s run it back. Might even look at the first half spread for the Gophers as well.

If you’re looking for more picks like this Illinois Fighting Illini vs. Minnesota Golden Gophers matchup we’ll be providing 4* free College football game predictions on the blog all season long, and check out our Experts for guaranteed premium & free CFB Football picks!

NOT new to online sports gambling or DFS. AJ is an avid sports writer and has been dabbling in college and pro sports. With his extensive knowledge and experience working for USA Today and Pro Football Focus, he's been beating the odds since he was 15 years old. His love for sports, stats and analytics came at an early age, which has now turned into a passion.