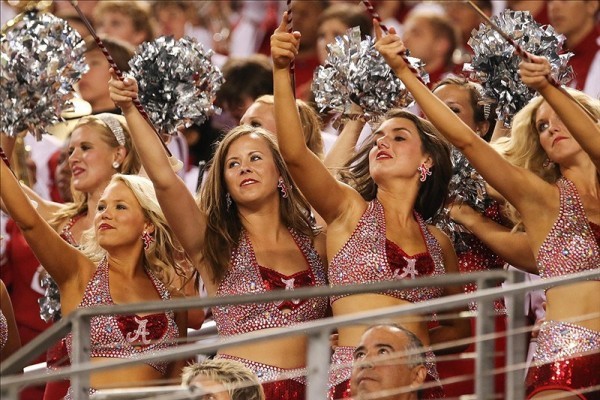 Win and they’re in. The Alabama Crimson Tide have once again put themselves in this same position. If they can win the SEC Championship, they’ll book their ticket to the BCS Playoff.

Standing in their way, the #15 Florida Gators. Florida has been a dark horse all season long thanks to their defensive play.

However, their offense has been a complete mess, which has led to both losses on the season.

This will be the 8th time these two teams are meeting in the SEC Championship. Florida holds a 4-3 lead.

If the Gators had any kind of offense to speak of this season, they would certainly be in the same position Alabama is in right now.

However, when your offense is scoring just 25.2 points per game, which actually doesn’t indicate how bad it’s been, you’re still not going to be a top team in the nation. Florida has scored just 22 touchdowns this season, which is tied for the 6th lowest in the country.

Florida couldn’t generate anything but a safety in terms of points against the Seminoles last week as they were routed 27-2.

The key for Florida in this one will be their defensive front. The Gators defense is one of the top in the nation as they allow only 15.5 points per game.

If they kind find a way to slow down Henry and keep him from getting in rhythm, the Gators will have a chance in this one.

With their lone loss coming to Ole Miss earlier this season, Alabama is once against set up with a beautiful spot to get into the playoff.

Alabama will try to become the first team since the 97-98 Volunteers to win back-to-back SEC Championships. Alabama recovered their season when they used Henry and the run game combined with their stellar defense to slow opponents down.

Alabama has gone back to the mentality of wearing opponents down and running over them in the second half.

RB Derrick Henry has rushed for 1797 yards and has added 22 touchdowns to his credit. He had his way last time out against Auburn as he finished with 271 yards on 46 carries.

Henry has scored a touchdown in 17 consecutive games.

The Gators will have to force some turnovers and give their weak offense some short fields or this game won’t be close. Yes their defense is solid, but Florida just has nothing offensively to compete with Alabama.

Henry and company wear this Florida front down and eventually run away with this one and clinch their spot in the BCS Playoff.