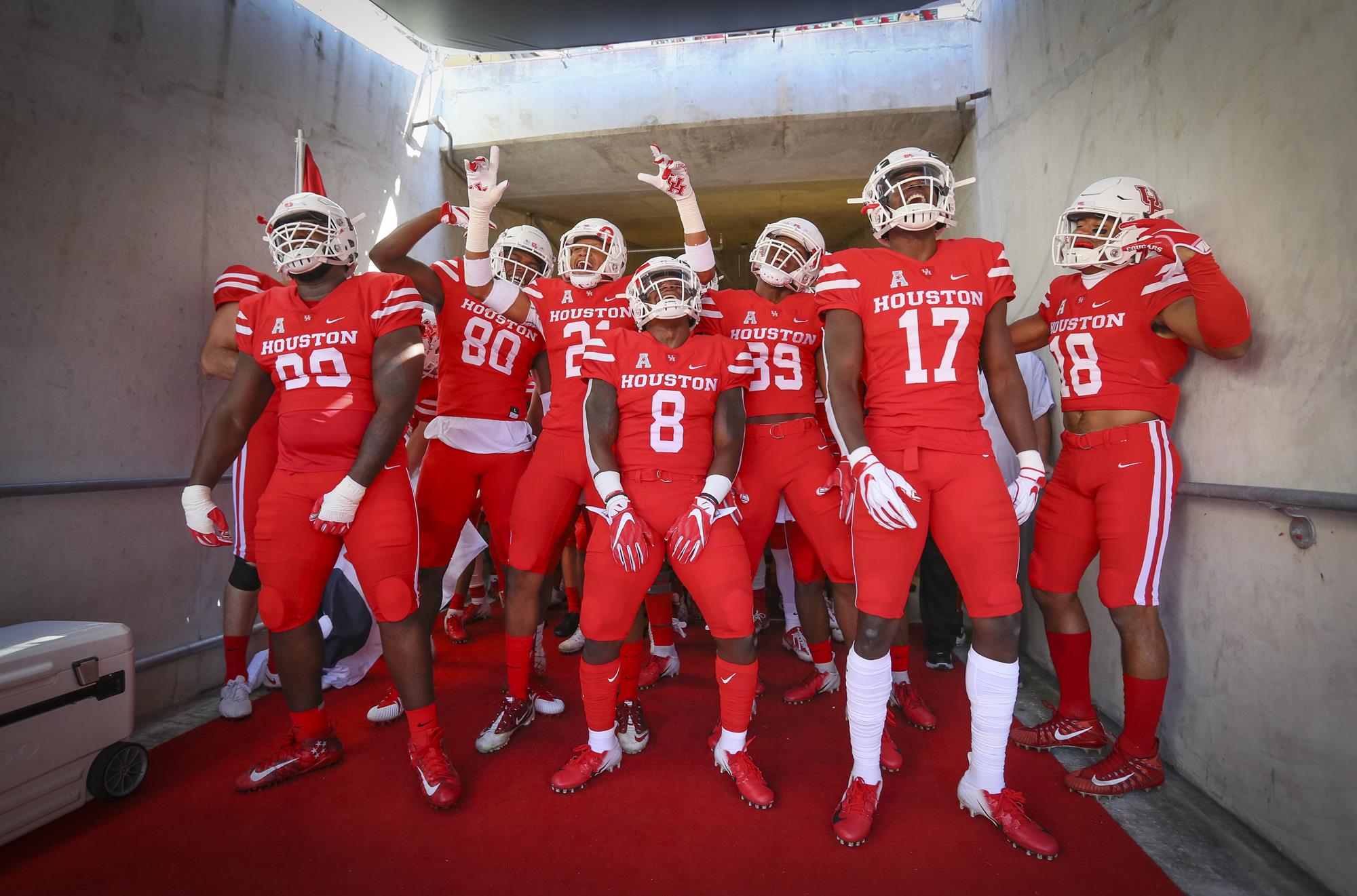 The Cougars are favored by 13 points in this American Athletic Conference matchup.

The Pirates are double-digit underdogs this weekend on the road but this program is used to hearing that by now. ECU has not pulled in a winning record since the 2014 campaign and 4 wins seem to be the ceiling lately.

The East Carolina team total before the season started was 4.5 to go over or stay under in 2021 and right now their 3 – 3 record looks pretty good under 3rd year each coach Mike Houston.

The Cougars are on the brink of bowl eligibility seeking their 6th win from only 7 games of the season played. Should they come out on top this weekend, the 4 – 0 record in conference play would help them keep pace with Cincinnati in the division. The only problem is that the Bearcats are playing lights out football right now but the Cougars won’t have to face them in the regular season.

ECU and Houston are both over-achieving in plenty of people’s eyes, but at 3 – 3 and coming off a discouraging loss to UCF last time out there are concerns on both sides of the ball.

More importantly, the defense needs to learn how to stop opponents from torching their secondary time and again. The Pirates are the 124th ranked passing defense allowing 297.5 YPG through the air in 2021. Accordingly, we are talking about the team ranked 119th in total yards allowed (457.5 YPG) and 83rd against the run (160 YPG).

The Pirates were less than a minute away from securing a win last time out against UCF, but that defense allowed a late TD run to lose, 20 – 16. Although the defense did allow the late score, let’s get critical of the offensive showing instead.

This team under the guidance of Holton Ahlers kicked 3 field goals all day and only produced one scoring strike in the passing game. A pair of lost fumbles and an INT from Ahlers were all costly and partly responsible for the L.

Ahlers ended the game 20 of 32 for 219 yards with a QB rating of 47.1 and the offensive line needs to really step it up. Ahlers has been sacked 21 times already and this was supposedly the best offensive line that Mike Houston has had in his 3 years with the program.

The Cougars know what it means to get off to a good start. We know this because they have held 5 of their first 6 opponents scoreless in the first quarter outscoring them by a combined 73 – 7.

After two disappointing campaigns under Dana Holgorsen, this season needed to be a big one and so far, so good. Yes, this team got invited to a bowl game last year despite a 3 – 4 record, but the post-season loss to Hawaii didn’t impress anyone.

The Cougars extended their win streak to 5 games in their last outing against Tulane after a 40 – 22 win over the Wave. Both ECU and Houston have had bye weeks to prepare for this game, and the Cougars certainly want to build on their 3 – 0 AAC record.

The final score may look like it was a convincing win for the Cougars but if you watched that affair you know better than that. Houston came out guns-a-blazing under Clayton Tune’s leadership and he threw two early strikes to give Houston a 14 – 0 first-quarter lead.

The Wave fought back and after a 17 – 15 halftime lead was erased the Cougars had to do some coming back of their own to win the game.  With just over a minute left in the 3rd quarter, Tune connected with Jeremy Singleton to give Houston a 26 – 22 lead that they would never relinquish.

The Cougars’ defense is among the best in the nation as they rank 4th in total yards allowed (264.5 YPG) and 6th against the pass (156 YPG).

This total is hysterical to me and we should certainly expect these points to come regardless of the Houston defense. Yes, they are pretty good but conference football changes everything and I smell points coming. Houston will win this party 42 – 28 and we will get over 60+.

If you’re looking for more picks like this ECU Pirates vs. Houston Cougars matchup we’ll be providing 4* free College football game predictions on the blog all season long, and check out our Experts for guaranteed premium & free CFB Football picks!