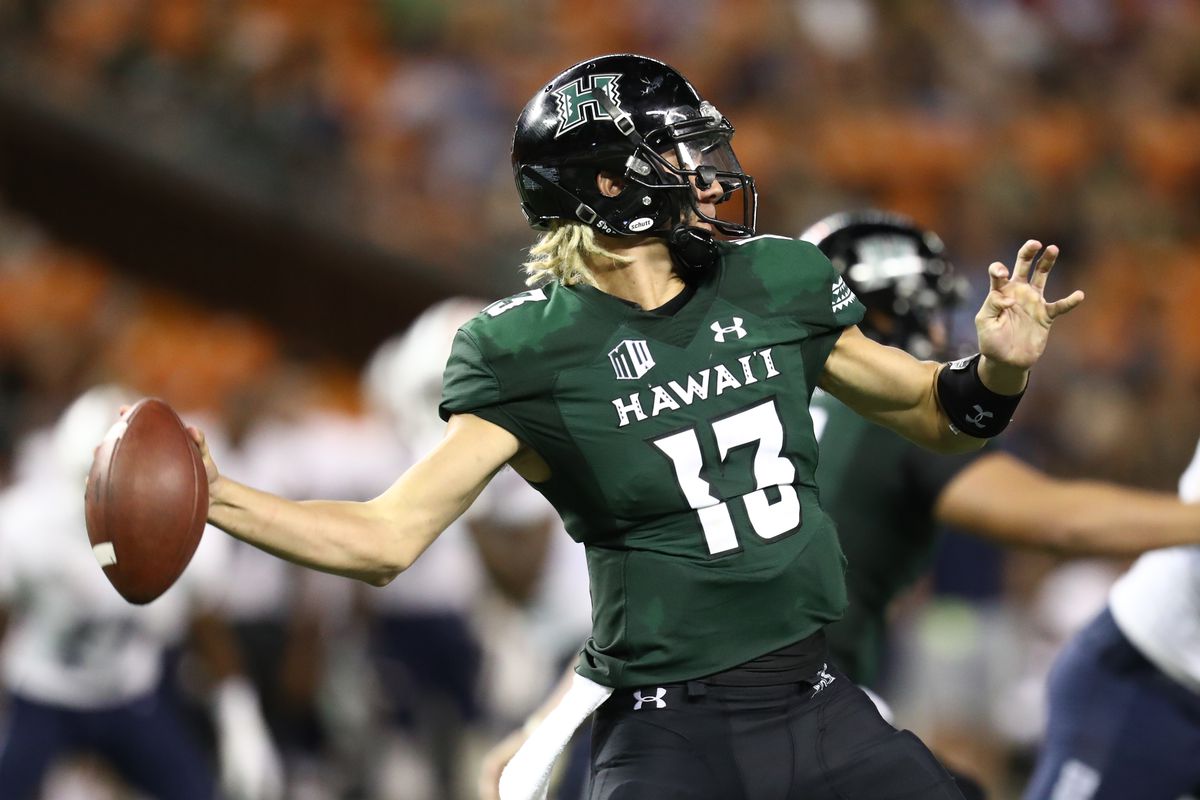 The Rams are favored by 2.5 points in this Mountain West Conference matchup and you have to be quite a fan if you stay up late enough to soak this game in. Neither program will be making a post-season appearance and disappointment come to mind for either outfit in 2021.

Hawaii took on an extra game to play 13 overall this season but there will be no winning record or a call from the bowl committee ending the 3-year run of post-season showings.

The Rams season has certainly been just as disappointing as the 3 wins from 10 games will also see them home for the bowl season festivities.

The Rams are the slight favorites here on the big island so let’s see if they are going to take care of business or if the Warriors have any rainbows in their pockets.

Rams Head Coach Steve Addazio left BC for the mountains and clean air. Well, someone forgot to tell him he has a job to do because two years of shit is all we have seen from this program.

Addazio beat Wyoming in 2020… Okay then, and that will be the only good to talk about last year. So, making up for 1 win in 2020 has been followed up with 3 more from 10 games in 2021 so things are just not working out in Fort Collins.

Yet, here we are seeing the Rams favored on the road in a meaningless game, and oh yes, it is meaningless for the Rams. Addazio took over a program that was 7 – 17 the two years previous to his arrival so not much has brightened the mood of the alumni and fans.

The one ounce of brightness we can actually find comes from the pass defense which holds opponents to only 182.5 YPG which ranks them 11th in the nation. Everything goes downhill from there in the rankings, the stats, and the standings.

Air Force took down this team last weekend and that makes it 4 straight games putting up a loss. The defense allowed a 92-yard passing touchdown to the Falcons and you can soak that in for a second. I said 92-yard PASSING TD to Air Force, man!

There is no motivation under Addazio and as soon as the Rams AD figures it out we can expect him to be unemployed sooner than later. There is nothing here that convinces us that a change for the good is coming and being favored in this spot is f**king hysterical!

Sure, a 4 – 7 season thus far doesn’t offer much hope but hosting the Rams should be one fun outing in Honolulu for the Rainbow Warriors.

Those two wins against New Mexico State, baby, woo hoo! LoL, When two of your 3 wins come against one of the bottom feeders in all of football this game is definitely one to miss on Saturday. I will find something better to do for sure because this game is just going to get ugly and stay ugly.

Fresno State did take one of their losses here too, so I mean that is, at least, one impressive showing in 2021.

Regardless, Chevan Cordeiro keeps everything exciting because he loves to throw the ball to anyone who will catch it… Wait, that includes the wrong team too, so that will also lead to excitement in the return game as turnovers and poor decisions will come from both sides early and often in this one.

Cordeiro has thrown 12 TD passes and has 10 picks against him but he also gets taken to the ground too often. He has been sacked 24 times but he is actually a part of the running game which seems strange. Usually, when you are designing runs for your QB he is moving forward not going side to side, so he needs to work on his ground game next Spring.

Cordeiro has 2 more years of eligibility left so he could be the guy here for the immediate future. Brayden Schager is certainly no better if not much worse at trying to move the offense so Cordeiro has this job until someone can prove they can do any better. Right now, Cordeiro is the best option to keep any kind of confidence in the offense.

Does that say 54? Shit man, all right, give me those points and topple that number for us because I see a wild game happening here. Turnovers and defensive points will contribute to the offenses moving the ball and a special team’s score might help us out nicely too.

If you’re looking for more picks like this Colorado State Rams vs. Hawaii Rainbow Warriors matchup we’ll be providing 4* free College football game predictions on the blog all season long, and check out our Experts for guaranteed premium & free CFB Football picks!