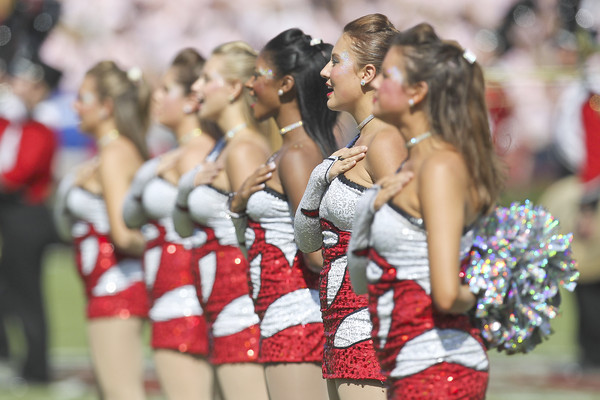 In the last few seasons this in-state and out of conference rivalry game has had big time bowl ramifications, but no longer. Well, Clemson is in the driver’s seat to play in the playoffs while South Carolina has had a season to forget and will not be going bowling this season.

Not only are the Gamecocks sitting on only 3 wins, but they have lost 4 in a row and are coming off a major embarassing loss to The Citadel.

In their last games Clemson beat Wake Forrest 33-13 and South Carolina lost to the Citadel 23-22.

This season South Carolina is 3-4 at home and Clemson is a perfect4-0 at home.

Clemson is the top-ranked team in the nation and they have a solid and balanced offense and a defense, which ranks 12th in the nation only giving up an average of 17.6 ppg.

While South Carolina is not a great team this season Clemson cannot look past them to their next game in the ACC title game where they will likely face North Carolina.

Clemson’s offense is led by Heisman candidate QB Deshaun Watson, who has a solid and loaded WR corps and RB Wayne Gallman, who has ruched for 1,043 yards on the season.

The Tigers have been on fire on the offensive side of the football in the 2nd half of the season and the Gamecocks have their work cut out for them.

Clemson will be facing a South Carolina defense that ranks 41st in the nation defending the pass and only 112th defending the run, so the Gamecocks can expect to see a lit of the Tigers’ ground game.

QB Perry Orth had a big passing game in the loss to the Citadel, but he only had 1 TD and hins his last 4 games he has 5 TD and 4 INT. He and the WR corps have a tall task facing a Clemson pass defnese that ranks 3rd in the nation.

RB Brandon Wilds will have to play well for USC to have any chance at the upset, but he has really struggled the last couple of games and will face a solid Clemson run defense.

South Carolina is 0-3 facing top 25 teams this season, but they do have a win over North Carolina in their opener and the Tar Heels are now ranked 14th in the nation.

The favorite has covered the spread in 4 of the last 5 games between these 2 teams and that trend will continue.

Clemson will not trip up in this game, as they will easy win and cover the spread.