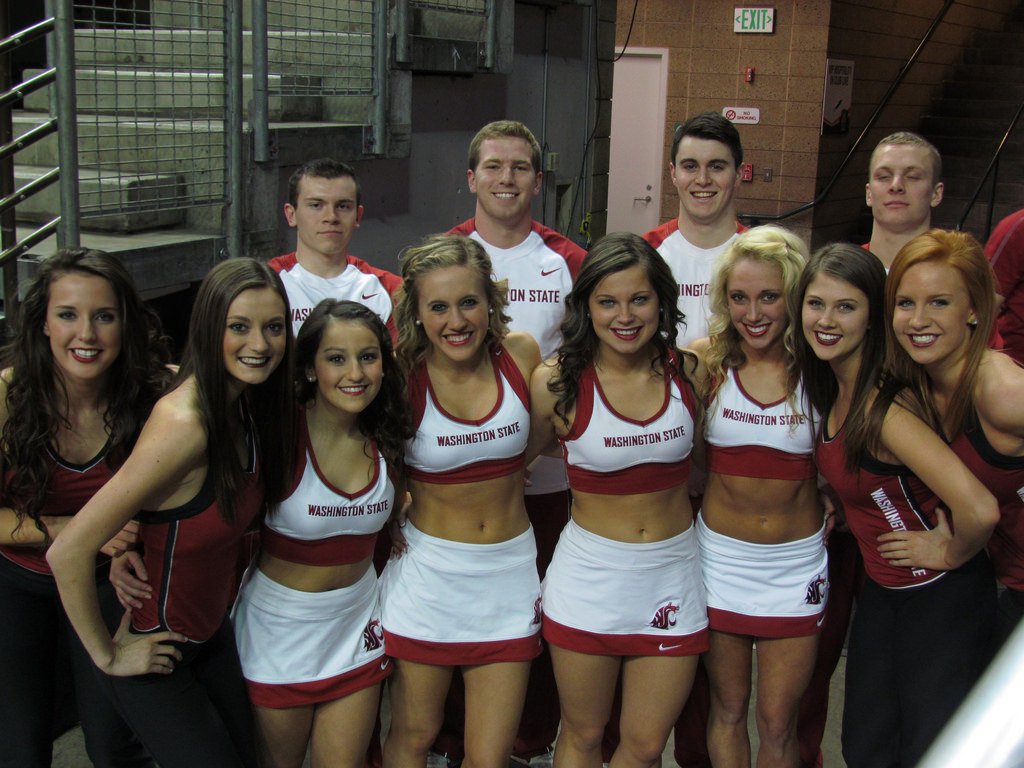 The Cougars are favored by 15 points in this Conference of Champions matchup. I don’t know how Bill Walton comes up with that title for this conference because no one from the Pac 12 has won a damn thing in forever and a day… but, anyway.

Life has suddenly been found for the Wildcats despite the 1 – 9 ugly record staring us all in the face. By the same token, we have seen this Wildcat team not giving up and still finding ways to lose close games. Keep in mind that 6 of those 9 losses have been by 10 points or less outside of the few blowouts to San Diego State, Oregon, and Colorado.

Will it give them any chance to win this football game? Well, the line setters sure don’t seem to want to show the Wildcats any respect with a +15 line on Friday night in Pullman.

The Cougars fell to 5 – 5 after the loss to Oregon, 38 – 24, and now have lost 2 of their last 3 games with a win against Arizona State in between. This game is one of those ‘must-win’ scenarios for the Cougars to earn that all-important 6th victory of 2021. That win against Portland could still come back and bite them in the ass should a 6 – 6 campaign be the best this program can do.

A trip to Seattle for the Apple Cup will conclude the regular season next weekend for the Cougs. STOP SCHEDULING FCS programs because the small amount of money that comes from those outings is not worth a possible exclusion from the post-season, IMO!

As ugly as the 1 – 9 looks on paper, the team’s spirits haven’t gone to shit because this team can play football. I mentioned the 3 blowouts but this Arizona program could just as easily be at the same 5 – 5 as the Cats are coming into this weekend.

This win over Cal showed what the defense can do, but yes, that is Cal and I hear ya on that because the Bears just stink! So, it really is just a matter of keeping heads held high enough to compete and we are, at least, seeing that.

I will bet that Gunnar Cruz is the most disappointed Wildcat being that he transferred from Washington State in hopes of being the #1 QB for Arizona. Both he and Jordan McCloud went down to season-ending injuries so that has left Will Plummer the reigns. Plummer has struggled to stay upright and has been sacked 12 times with 7 INTs with only 3 TD passes to his credit. That combination is usually going to see a team struggle and this team looks incredibly bad sometimes.

They didn’t look bad last weekend early against Utah but the second half was ugly and special teams really played a big role in the game. A blocked punt to tighten the score late with a TD came a little too late, however, and Utah picked up in #7 on their season, 38 -29.

Will a 6 – 6 season be enough to land the Cougars in a bowl game? That is the question we will have answered if Nick Rolovich can, at least, secure this win on Friday night at home. Coach Rolo has gotten his kids to put the 1 – 3 2020 behind them but nothing can show improvement as much as a post-season appearance in year 2 with the program.

Do we remember the last time Arizona took a little visit to Pullman in 2018? Oh, some dude named Minshew chewed up the Cats for 7 TD passes and almost 500 yards.

The Cougars pass offense isn’t going to repeat that effort anytime soon but we do see Washington State ranked 38th in passing yards this season. Calvin Jackson Jr. will hopefully be a go as he leads this Cougar receiving corps with 754 yards and his 5 TD catches are second on the team.

Travell Harris has found paydirt 7 times and he will assuredly pass the 700-yard mark on Friday night, at least, as he will hope to add to his team-leading 62 grabs.

Jayden de Laura has done extremely well to keep his team in some of these close losses. He has accounted for 22 TD (19 Air; 3 Ground) and has only been sacked 10 times all year as well. Staying upright usually helps improve your ability to throw the ball, just sayin’.

We are thinking dog again because that is what we do! Those 15 points are just a few too many for my liking as I see a 33 – 30 type of game in Pullman

If you’re looking for more picks like this Arizona Wildcats vs. Washington State Cougars matchup we’ll be providing 4* free College football game predictions on the blog all season long, and check out our Experts for guaranteed premium & free CFB Football picks!