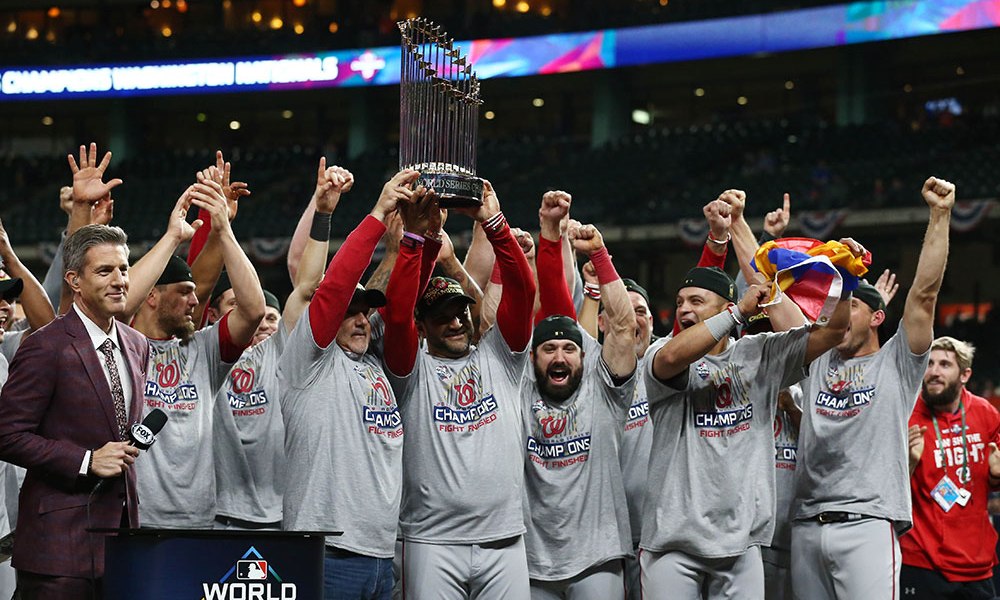 Who’s helped and who’s hurt by a shortened season

Opening Day was officially pushed back 30 days but given the public health crisis in the United States only worsening since Commissioner Rob Manfred’s announcement, it may be delayed twice that long. The possibility of playing an 162-game regular season is off the table.

Generally speaking, a shorter season plays into the hands of the outside challengers. Fewer games means more volatility and a greater possibility of the unexpected.

More specifically, each team has its own set of circumstances that stand to either improve or become worse as the possible number of games dwindles.

The playing field has been re-leveled. There’s no longer any chance the National come out hungover. I actually suspect they will not only clear their heads from the celebration the night before, but come out more motivated and purposeful in defending their title.

The Nationals can now use this post-hangover period to re-refocus and re-vamp, as the pitching staff surely took the extra rest it needed following a World Series run. Max Scherzer, Stephen Strasburg and Patrick Corbin will be that much more recuperated with that much less to go before the 2020 playoffs.

The same can be said for Washington’s cast of veteran position players, who will benefit from a lightened load and a few fewer dog days. Every game will mean that much more in a shortened regular season, which plays to the advantage of a veteran team that proved it has championship DNA last November.

The Yankees also stand to benefit. Aaron Judge and Giancarlo Stanton will now be ready for the start of the season. Aaron Hicks may too; if not, he’ll miss fewer games.

Their newest big investment, Gerrit Cole, has many great seasons ahead of him. This isn’t the worst time to get him a little extra rest, following a hard journey to the World Series last season and before he has to carry his new pitching staff.

The Twins are better than a coin flip to win the AL Central this season but a shorter regular season means less time for a talented team to recover if the season starts poorly.

One may believe, perhaps rightly, that veterans Jake Odorizzi, Homer Bailey and Kenta Maeda will benefit from a lighter workload. There’s also more pressure on all three — and staff ace Jose Berrios — to be good from the get-to. The Twins don’t have an awful lot behind them to supplement a slow start.

An early injury for any of them will also mean more with fewer total games on the schedule. The remaining 39 games on Michael Pineda’s suspension already threaten to be closer to half the season than a quarter.

With less margin for error, there’s more pressure to start well, especially for Minnesota’s breakout stars from a year ago (and there are many). Kepler, Garver, Arraez and co. may find their patience tested if they don’t begin the season up to the high expectations they have set for themselves.

And then there are the two challengers — Cleveland and Chicago — perhaps less complete than Minnesota but with obvious strengths that could more easily mask weaknesses in a shortened season. Cleveland’s pitching could start the season far ahead of the rest of the division’s and carry it to a quick title. Chicago’s youth may never burn-out, as it may have over a full season.

Ask the Twins and they would tell you they prefer to play all 162.

What do you think? Comments are welcome below.

CappersPicks.com has MLB Odds up on a ton of MLB World Series futures, and you will also find DAILY MLB Baseball lines up as well.