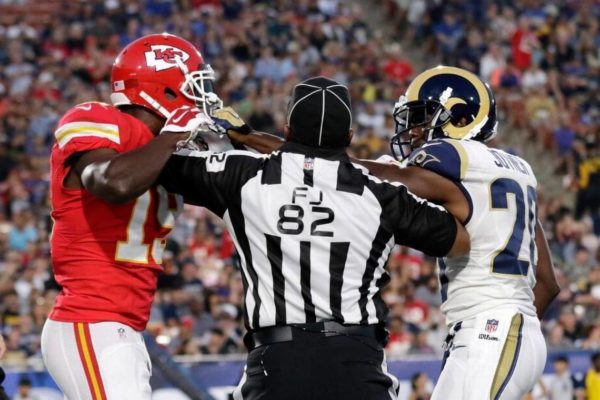 Looking for football betting tips for the 2019 NFL season? Ready to discuss Super Bowl LIII futures? The NFL season is through 13 weeks. With all the bye weeks in the rear view mirror, the season is officially entering its stretch run. Each team has five games to go before the playoffs begin – or their season ends.

Here are three favorites, three longshots, and three teams from the middle of the pack worthy of a closer look when betting on Super Bowl LIII.

The Saints are the hottest team in the NFL right now. It’s easy to forget that last season it took a miracle play by the Vikings to knock them off.

Drew Brees is playing the best football of his career, the additions of Michael Thomas and Alvin Kamara have taken an already potent offense to the next level, and Dennis Allen is guiding what may be the best defense the team has fielded in the Payton-Brees-era.

We hear this phrase a lot when talking about the Patriots: Institutional knowledge – the amount of intelligence in the building, and how thoroughly the team and coaching staff understand the game.

And under Sean McVay, the Rams have really gone to the next level in that category. The defense is so talented that you have to figure Wade Phillips is going to clean that up during the bye, and the offense may be as good as any in football right now.

The offense of the Chiefs has been tremendous. The defense has left a little to be desired, but they have gotten better as they’ve gotten healthier, and they did make a few stops in that shootout against the Rams, actually outplaying the Los Angeles defense.
[dfads params=’groups=259&limit=1&return_javascript=1′]

Nevertheless, the questions will remain about how the team will perform in January until Andy Reid is finally able to get the team to the promised land.

The Bears are really starting to feel a lot like the Rams – innovative, aggressive play-caller, dominant defense, and changing the mindset on roster construction with an extra-talented roster built around a cheap, young quarterback. The Bears are a team to watch out for.

The Chargers have taken advantage of a soft schedule of late, but they’re destined for a playoff spot, and with Philip Rivers playing the best football of his career, it’s nice to see finally clicking for a team that’s endured a lot of bad luck in recent years.

The NFC East has been an absolute mess to this point – so much so that the Cowboys, who appeared to be down and out on the mat just a few weeks again, are actually leading the division. This is a good team playing the best defense they have in recent memory. If they can get a lead in the playoff game, they can beat just about anyone.

Speaking of the NFC East being a mess at the moment, the Eagles are just one game out of the division lead. This is a team that got hot with an inferior quarterback last season, so no one’s going to want to see them get into the playoffs.

The Seahawks might have dug themselves a bit of a hole early in the season, but they’ve played much better football of late, and are looking like a team that could create a few upsets if they make it to the postseason.

The Broncos are a bit of an enigma this season. The team has played much better than their record indicates, but they’ve played one of the toughest schedules in football.

Their schedule softens the rest of the way. It’ll be interesting to see how they handle that and if they can win out and force their way into the playoffs.

Here are the remaining Super Bowl LIII odds in their entirety:

What do you think of the 2019 SuperBowl LIII odds post? We’ll be providing 4* free NFL predictions on the blog all season long, and check out our Experts for guaranteed premium & free NFL Football picks!