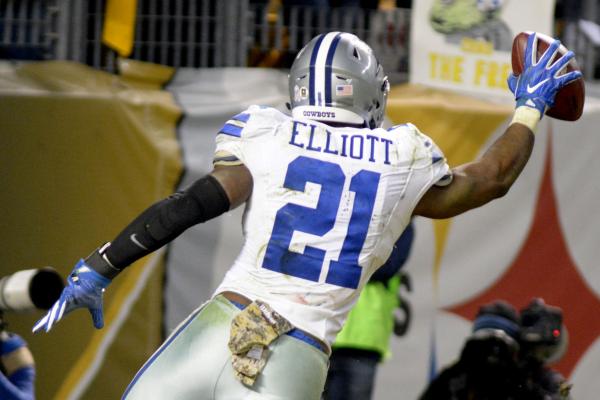 Ready to discuss Super Bowl LII futures? Super Bowl 51 is barely in the books, but alert bettors are already looking forward for next year’s edition of the big game.

This year, it was the Atlanta Falcons who came out of nowhere to shock the world and reward forward-thinking bettors who put on their prognosticator hats in the offseason and had the foresight to predict the Falcons’ breakout campaign with a big payday on NFC bets.

Looking forward to next year’s Big Game, here are three favorites, three longshots, and three from the middle of the pack worthy of a closer look.

For comparison here’s our last Super Bowl Futures article from 3 months ago.

The Cowboys have assembled a pretty unique roster, where the majority of the teams’ stars ply their trade along the offensive line.

Under the new guard of Dak Prescott and Ezekiel Elliott, the arrow is pointing straight up for the Cowboys, who appear to have a lot of strong year ahead.

The Falcons’ offensive output this season will be tough to duplicate, particularly with the inevitable departure of offensive coordinator Kyle Shanahan, who put on a master class of play design and play-calling this season.

The defense is young and talented and on the rise, but a major regression is in store for a team that had just about everything go right for it this past year.

The Broncos’ failed experiment this past year in which they tried to win in spite of their starting quarterback should be a good lesson for John Elway and the front office, who figure to make a push to acquire Tony Romo, Colin Kaepernick, or some other veteran quarterback who can get the team back into contention right away.

If the offense can keep up with the defense, the Broncos will return to the elite of the AFC.

The Giants opened up their wallets this past offseason and paid big money to improve a defense that struggled mightily in 2015.

While that didn’t pay immediate dividends, there’s a lot of talent on the Giants roster entering this campaign, and with Eli Manning’s win-now window closing fast, don’t be surprised if Giants shell out more dough to make one last run at a Lombardi Trophy.

The Panthers looked like world-beaters for much of the 2015 season before crashing and burning in the Super Bowl.

After letting out some frustrations in a flat 2016 season, don’t be surprised if the team bounces back in a big way and returns to title contention in an NFC South division that should be more competitive next season.

The Vikings started strong this past season before injuries and regression derailed their season.

The team has a dominant defense and an offense that should improve greatly with the return of Adrian Peterson and a full year for Sam Bradford to acclimated to the offense.

The Cardinals were expected to be one of the elite teams in the NFC this past season, but for one reason or another they just could not get things going. The team has an elite defense, and one of the best running backs in the game.

Expect Bruce Arians to get the passing game back on track, and for the Cardinals to return to the status of contenders in the NFC.

The Redskins are going to experience some turnover at the wide receiver position, but there’s a lot of talent on this roster, with Jay Gruden doing some great things to keep this team competitive in a division that hasn’t asked for a lot of wins in exchange for its automatic playoff spot in recent years.

While the move to Los Angeles wasn’t kind on the last team that tried it, things are looking up for a Chargers team that has very quietly assembled a talented roster that simply hasn’t been able to stay healthy.

If the team can keep its talented players in the lineup this season, watch out.

Here are the remaining Super Bowl LII odds in their entirety: