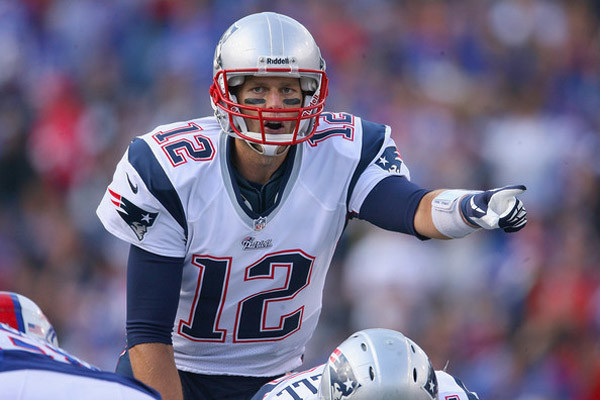 Ready to discuss Super Bowl LI futures? The NFL season is two weeks in and we now know a lot more about the teams than we did just a couple weeks ago. The 2-0 teams are flying high, and the 0-2 teams are looking desperate, but bettors must cut through all the headlines in making their evaluations.

The NFL’s regular-season schedule still has a ways to go before it completely plays out, but the alert bettor is always on the lookout for value, and now’s a good time to re-evaluate the futures board. Here’s our last Super Bowl Futures article from 2 months ago.

Here’s a look at three top teams, three mid-level teams, and three long shots, with a recommended pick from each category.

The Patriots have been able to hold their ground as they wait for their star quarterback to return, coming out of the gates to a 2-0 start.

Upon Brady’s return, expect him to be extra motivated as he guides the Patriots into the playoffs where they’ll again be a force to be reckoned with.

The Steelers have the best offense in football, and it’s only going to get better with the return of Le’Veon Bell. That’s where are the headlines come from for the team.

But what’s going to put them over the top come playoff time is there improved defense, which is no longer the embarrassment it once was.

The Cardinals looked bad when we last saw them in the playoffs, and they still looked bad in the preseason, but now they’ve turned things around and they’re in position to win a seemingly wide open NFC.

If the defense can hold together and Carson Palmer can stay healthy, this is a team that can really get something done when everything clicks.

But they’ve got a lot of weapons on offense, and if they need to lean on that unit more to win games, they’re capable of doing so.

The Seahawks somehow went another offseason without addressing their deficiencies along the offensive line. That, coupled with the departure of Marshawn Lynch has stalled their running game.

But once Russell Wilson’s ankle injury is a thing of the past, he can get the passing game going, and that will open up a lot of other things. The Seahawks are notorious slow starters. They’ll figure it out.

The headlines in Houston look at the team’s defense, but the Texans somewhat quietly assembled a much better offense than what they’ve sent out in recent years.

DeAndre Hopkins is one of the best wide receivers in football, Lamar Miller one of the best running backs, and for all his deficiencies, Brock Osweiler is a major upgrade from what the team trotted out at quarterback a year ago.

The Bengals are one of the better teams in the AFC, but for one reason or another, they just can’t seem to get the respect they deserve. They have a solid defense, run the ball well, and have enough weapons in the passing game to get a lot done there.

The Cowboys have been very good when Tony Romo’s in the lineup, and they should get him back in relatively short order. In the meantime, Dak Prescott is holding down the fort just fine.

The offensive line is so good, the running game will always be a force, and the defense is playing better than anyone could have expected.

The Saints may not have done enough to improve their perennially awful defense this past offseason, but they did do a great job of surrounding Drew Brees with all the firepower he’ll need to make a run at every passing record on the books.

If the offense can do what it’s capable and the defense can get hot at the right time, the Saints could win some shootouts and make some noise in the playoffs.