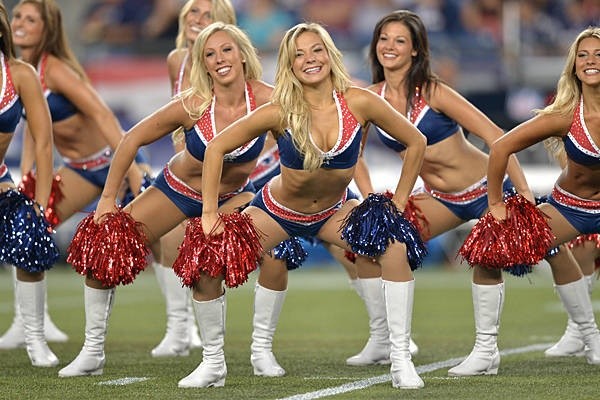 You’ve come to the right place for New England Patriots Super Bowl LII Odds. The number one seed in the AFC comes into the big game as a 4.5 point favorite. New England has the best quarterback in the NFL, and rank first in yards per game (394.2) and points per game (28.6). The high powered offense will need another epic performance. The Philadelphia Eagles have one, if not the best defensive lines in the NFL this year.

This Super Bowl will be the eighth Super Bowl Tom Brady and Bill Belichick participate in as a duo. The unprecedented achievement is the best in the history of the NFL.

The New England Patriots are the favorite to win the big game, and rightfully so. New England is still the defending champions, and did are here again to defend the crown.

The Patriots will bring a seasoned roster, with experience in big moments into Super Bowl 52. The Patriots coaching staff will also be ready. Despite defensive coordinator Matt Patricia and offensive coordinator Josh McDaniels moving on to head coaching, their leadership is huge for New England in their last game on the staff.

The New England Patriots started the AFC Divisional game slow against the Tennessee Titans. The Patriots failed to score points their first few possessions, and found themselves losing 7-0 after the first quarter.

Tom Brady destroyed the respected Dick LeBeau defense. He passed for 337 yards, three touchdowns and no interceptions. The big second quarter, and excellent play from the Patriots defense, led to the 35-14 Division round win.

The AFC Championship game was a totally different game than the Divisional round matchup. The Patriots faced the best defense in the NFL this year.

The Jacksonville Jaguars defense, came out and punched Tom Brady and the New England offense in the face. Holding the Patriots to 10 first half points.

The Patriots were missing on a lot of opportunities, largely because of how good Jacksonville’s defense was playing. The Jaguars were playing so hard, they knocked Rob Gronkowski out of the game with a concussion.

Gronkowski was ruled out the second half, and the Patriots found themselves down 10 points to start the fourth quarter. Touchdown Tommy did it again. He was surgical against the best secondary in football. Tom led New England to another fourth quarter comeback, winning, 24-20.

The New England Patriots offense is the most explosive in the NFL. The weapons surrounding Brady, give him limitless options. With Rob Gronkowski back in the lineup, Brady will have a full arsenal of weapons available.

If New England’s offense can expose matchups early on, expect the Patriots to score at will against Philadelphia. One of the many things Tom Brady is best at doing, is exposing matchups. Look for the matchup with Gronkowski verses Philadelphia’s linebackers.

New England will be facing another great defense in the Super Bowl, but in my opinion, the Jacksonville defense is more talented, Especially in the secondary. Tom Brady and Patriots offense will put up big numbers against Philadelphia.

The entire Patriots organization is familiar with preparing and playing on a big stage like the Super Bowl.

Tom Brady will be playing in his eighth big game, and knows what it’s like to prepare his team to play for a Championship.

With most of the roster returning from last years run, the Patriots main strength against Philadelphia is the leadership and experience. There is no other advantage better. Especially in football.

The last time the Patriots played in the Super Bowl, they found themselves in a 28-3 hole, late in the fourth quarter.

This year, if New England does not want those problems, they must play defense from start to finish against Philadelphia.

This year’s New England defense, is going to have to play light’s. The Patriots can’t make mistakes like they did in the Championship game. Blake Brotles had a lot of success running the football on play action and bootleg plays.

In the AFC Championship game, it was Cooks and Amendola who stepped up big for the Patriots while Gronkowski was sidelined with a concussion. Cooks finished with seven catches for 100 yards, and Amendola capped the New England win with a back of the end zone toe tapping TD.

Against the Eagles, New England will find holes in their defense. Expect another no name hero to play well for New England, again the the Super Bowl.

So who is going to put some BIG money down on the Patriots Super Bowl 52 Odds? Comment below.

If you’re looking for more Superbowl LII picks like this Philadelphia Eagles vs. New England Patriots matchup we’ll be providing 4* free NFL predictions on the blog all season long, and check out our Experts for guaranteed premium & free NFL Football picks!