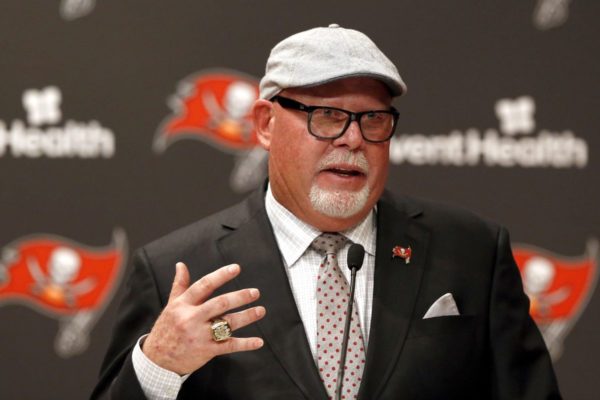 Football is coming as we are already in week 3 of the preseason. In this match we will get a look at an exciting Browns side and a Bucs team who could spring some upsets this year.

We are currently seeing the bookies list the Browns at -3.5 on the spread and that line makes sense given how great they have been this preseason.

This week 3 game will take place in Tampa Bay at Raymond James Stadium which kicks off at 7:30pm ET.

The Cleveland Browns have been living up to the hype so far in preseason as they are now 2-0 and are coming off a very impressive win against the Colts at Lucas Oil.

The Browns took a different approach in that last game where they decided not to play Baker Mayfield and instead rode with Garrett Gilbert.

The former Rams 6th round pick (2014) has recently signed with the Browns after a run in the AAF with the Orlando Oppolos where he ended up being the best QB in the league.

The Browns were certainly impressed with him enough in the AAF to give him a shot in the NFL and both Gilbert and the Browns must be pretty happy with his performances in both preseason games so far.

He is a combined 27/41 with 286 yards and 2 TD’s and zero picks. I would expect Gilbert to play the most in this game and to play the biggest part for the Browns and if he keeps up what he has been doing, and there is no reason to believe he won’t, it will go a long way to covering this 3.5 point spread.

The Bucs are coming off an up and down season where they finished 5-11 and came last in the NFC South. During the first part of the season they had Fitzmagic and ended up pulling off an incredible upset in week 1 against the Saints at the Superdome.

Then, once Fitzpatrick started to struggle they brought Jameis Winston back in who really wasn’t much better and Tampa ended up losing their last 4 to cap off an overall disappointing season.

The pressure will certainly be on Jameis as if he is not able to have some success under new coach Bruce Arians the Buccaneers are likely to move on from him. It may be an uphill battle, however, as the bookies do not expect much out of this team as they are +6000 to hoist the Lombardi in 2020.

In terms of the preseason the Bucs have been involved in two tight contests against the Steelers and Dolphins and have come away with a 1-1 record. Tampa Bay seems to be taking the starters out after only a few possessions so it will most likely be the same strategy here so look for more fringe players and backups for this home game.

The QB who has been playing the most has been Ryan Griffen, who has an astounding 531 yards and 2 TD’s with 0 interceptions. Once again, I would expect Griffen to play a big part in this game and should lead to Tampa scoring plenty for the home crowd.

The two QB’s who have been playing the most for both of these teams have both been exceptional and I would expect that to continue here. Neither team is playing too many starters and even though plenty of these backup defensive players will be highly motivated I think the offenses will prevail.

Look for a high scoring game that will crush this over and cash in this Friday. Also look for alternative overs with your bookie to get better odds as this one could be really high scoring.

If you’re looking for more NFL preseason picks like this Cleveland Browns vs. Tampa Bay Buccaneers matchup we’ll be providing 4* free NFL predictions on the blog all season long, and check out our Experts for guaranteed premium & free NFL Football picks!