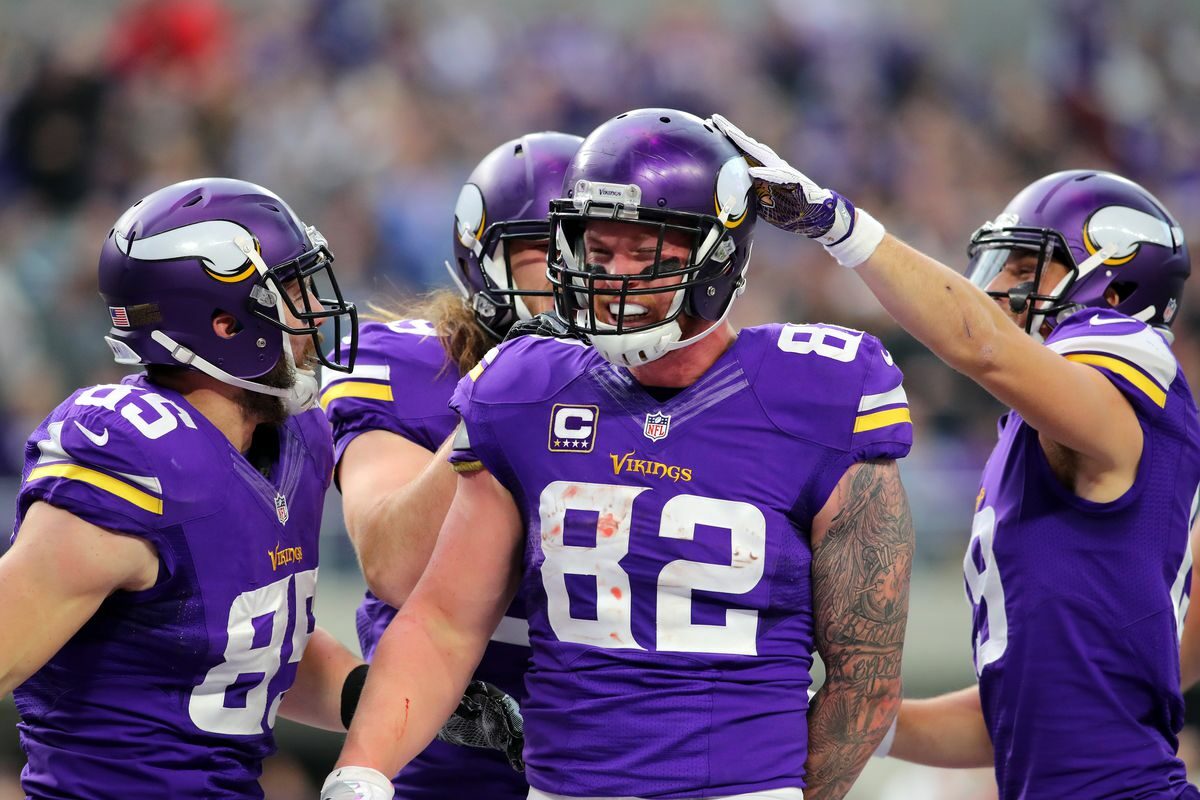 Ready to check out our 2020 Minnesota Vikings Total Predictions? The Vikings finished 10-6 last season after a roller coaster of a year. They surprised many after winning in Wild Card weekend against the Saints, but ended up falling short of another NFC title game when they lost to the 49ers. The 2020 season will be a big one for the Vikings as this could very well be a franchise altering year. With losing some key free agents and trading away one of their best players, 2020 could go in a variety of directions.

The Vikings finished 10-6 last season, clinching a wild card spot and winning in their first game. Whether or not that lived up their original expectations, Minnesota fans had to be pleased with the late season push.

This upcoming season could fall on two very different ends of the spectrum. Kirk Cousins’ play will dictate how this team does, although their defensive prowess will continue to be one of the league’s best.

What they do to fill the void of some of their free agents will be seen during the draft this coming week. They made some nice acquisitions this off-season. Here is a look.

This off-season was not about the signings for the Vikings, it was about the hits they took. Although Pierce is a nice outside signing and Dan Bailey will continue to man the kicking game, this team lost a lot of talent.

Trading Stefon Diggs was a puzzling move, even though him and Cousins’ relationship wasn’t the best. Thielen may take a hit with this trade as well as he will be facing more double coverage.

Their secondary was absolutely gutted. Literally gutted. They lost their top three cornerbacks in free agency and will be in a world of hurt when it comes to forcing turnovers.

The Vikings have a had a above average to very good secondary for the past few seasons, but this year will be different. Losing Linval Joseph doesn’t help either.

It is hard to deny this team got much worse on paper. They lost some of their best players and three players at one position. This draft will be one of the biggest in recent memory as they will need to address another option for Cousins as well as their secondary.

I would not be surprised if they spent their top two picks on their secondary. With that being said, they still have a talented team that will look to compete for a division title next season.

This one may get a little dicey. Like I said, this season may be a 10-6 campaign clinching the Vikings a playoff spot. On the other hand, a 6-10 season isn’t out of the realm of possibilities. This team will go 8-8, maybe 9-7, so an 8.5 O/U is right down the middle.

I will bet on Kirk Cousins, which may be a stupid move, and take the over at 8.5. If this moves to 9, I will hop on the under.

2020 Minnesota Vikings Predictions: OVER 5 WINS (Bet Now at any of our reviewed NFL Sportsbooks!)

What do you think of our 2020 Minnesota Vikings predictions? Comments are welcome below.