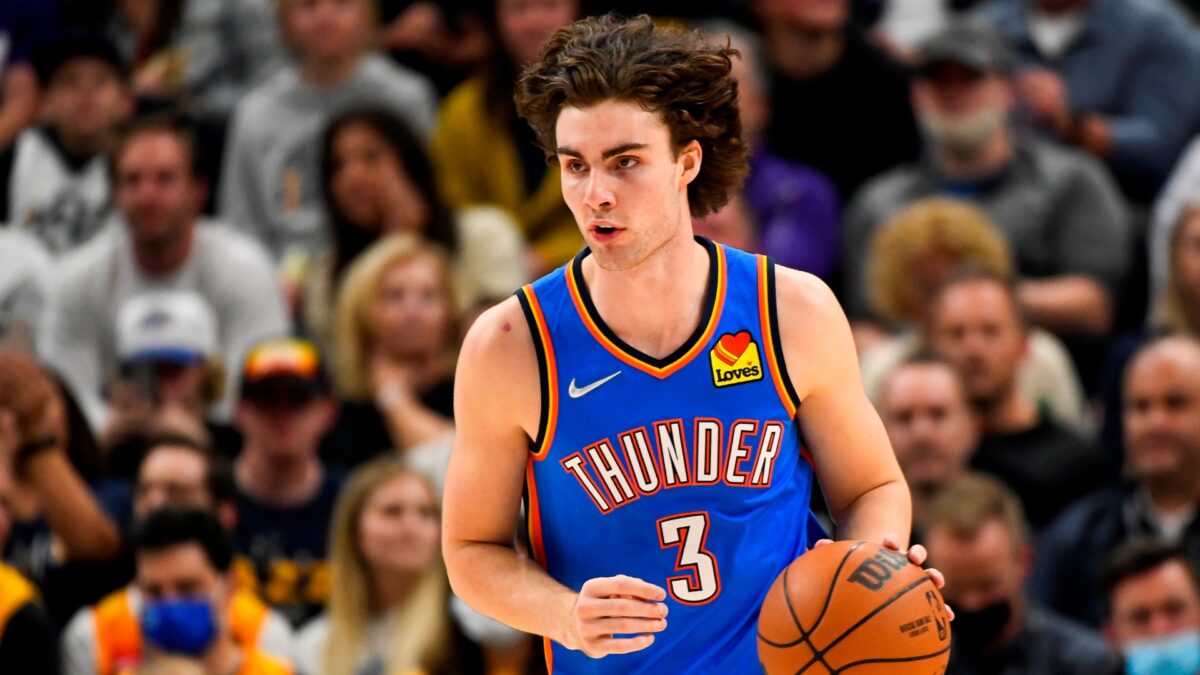 Wednesday, November 24th, finds the Utah Jazz playing the Oklahoma City Thunder squad for the second time this season. The clubs opened the season against each other with the Jazz winning 107-86.

The Thunder are back home after a mini three-game road trip East that witnessed a trio of losses to the Bucks, Celtics, and Hawks while the Jazz lost in clutch time in a one-point heartbreaker (119-118) to the Grizzlies.

Last season, the squads played three times with the Jazz winning all three contests. The Thunder holds the all-time record having bested the Jazz in 112 of their 195 matches.

Although the Jazz led by double-digits (11 points) they weren’t able to hold off the Grizzlies in clutch time as the young club were looking to rebound from an embarrassing 43 point loss to the Wolves on Saturday.

Royce O’Neale came one point shy of all five Jazz starters reaching double-figure scores plus Hassan Whiteside in the loss.

Rudy Gobert delivered a double-double of 23 points and 13 rebounds with five blocks. Bojan Bogdanovic was hot scoring 24 points including seven of his 11 perimeter shots.

The Jazz backcourt combined for 37 points, 10 rebounds, and 16 assists. Mike Conley chipped in 19 points but while Donovan Mitchell scored 18 points he had a cold shooting night (5 of 20) and 3 of 10 from deep.

The game was lost in clutch time as the Jazz led by six points with 1:28 remaining but the Grizzlies scored the next seven points with four free throws and a Jaren Jackson 3-pointer with 6.9 seconds left on the clock.

Mitchell wasn’t able to connect on his step-back shot with Quin Snyder electing to go with his primary scorer over Bogdanovic who was hotter in the match for the final shot.

The Jazz have no injuries.

Not an ideal road trip for the Thunder who lost all three games and were without their cornerstone star Shai Gilgeous-Alexander in the final game of the trip in Atlanta. SGA suffered a sprained ankle in the match versus the Celtics.

Yet, as they’ve done all season the young squad fought hard to be competitive although the 11-point third quarter put them in a downward position and while they made a charge in the final frame outscoring Atlanta 30 to 20 it was too little too late.

In fairness, the Thunder wants to lose more to catch up to the teams who are aggressively trying to tank. Rookie Josh Giddey dishes at least one dime every match which is on the same level as LaMelo Ball’s assists from his rookie season.

In the loss, the rookies were the standouts with Jeremiah Robinson-Earl delivering a double-double of 13 points and 10 rebounds while Giddey filled up the stat sheet with 15 points, seven rebounds, eight assists, a steal, and two blocks.

Lu Dort was given extra defensive attention with SGA out and struggled shooting 5 of 16 from the field to amass 15 points. Ty Jerome was the top bench performer with 15 points while veteran Derrick Favors added 10 points.

Gilgeous-Alexander was downgraded to out on Wednesday.

After the way the Jazz lost on Monday expect a rebound effort in OKC but this Thunder squad never quits so I think they’ll keep it closer than the 12.5 spread.