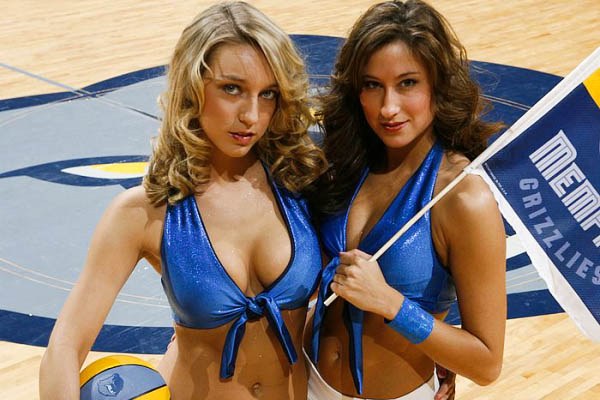 The Grizzlies should make the playoffs barring a major collapse, which they are in the midst of right now losing 4 in a row and 8 of their last 10 games. They are in the 5th spot in the West and won’t catch the 4th place Clippers, but can keep sliding down the standings if their losing ways continue.

The Raptors have won 2 of their last 3 games and they are still within striking distance of the Cavaliers only trailing them by 2 games for the top spot in the Eastern Conference.

In their last games the Raptors beat the Atlanta Hawks 105-97 and the Grizzlies lost to the Denver Nuggets 109-105.

What is troubling about the Grizzlies’ slide is that in 2 of the losses in their last 4 games they fell to the Lakers and Nuggets, who are 2 teams well under .500 for the season. Oh yeah, on top of that their recent loss to the Nuggets was at home.

The Raptors rank 13th in the league in scoring, but their strength is their D, which ranks 5th in opponents’ points allowed.

To stop the Raptors the Grizzlies will have to play solid perimeter defense on the Toronto’s top 2 scorers in guards DeMar DeRozan and Kyle Lowry. These 2 combined for 43 points in the recent win over the Hawks and in that game 4 of 5 starters scored in double figures.

The Raptors’ D was solid in their last game facing the Hawks, as only 1 Atlanta player scored in double figures.

Jonas Valanciunas went for 19 points and 9 boards in the win over the Hawks and he may be big in this game, especially since Memphis C Marc Gasol is out for the season with an injury.

This season the Raptors are 20-15 on the road and they had lost 2 straight south of the border before a road win over the Pelicans in the Big Easy in their last road game.

The Grizzlies have been hit hard by injuries this season and while they are led by their defense, which ranks 10th in the league in opponents’ points allowed, they have given up at least 100 points in each of their last 4 games in their losing streak.

Playing solid D tonight on their floor will be key for the Griz, who only rank 24th in the league in scoring. Zach Randolph has to be solid inside tonight for a Grizzlies team that is without 2 of their top 3 scorers.

Lance Stephenson Jordan Farmer have to pick up some of the offensive slack, but the defense is still the most important issue, as the Grizzlies will not win in a high scoring affair.

This season the Grizzlies are 25-13 at home, but they have lost 2 of their last 3 games in their house.

Earlier this season in Toronto the Raptors beat the Grizzlies 98-85.

The Grizzlies are reeling and the Raptors will take advantage of that and win and cover even on the road.

The Raptors are 3-1-1 ATS in their last 5 games facing the Grizzlies and look for that trend to wintonue in this game.

If you’re looking for more picks like this Toronto Raptors vs. Memphis Grizzlies matchup we’ll be providing 4* free NBA predictions on the blog all season long, and check out our Experts for guaranteed premium & free NBA Hoops picks!