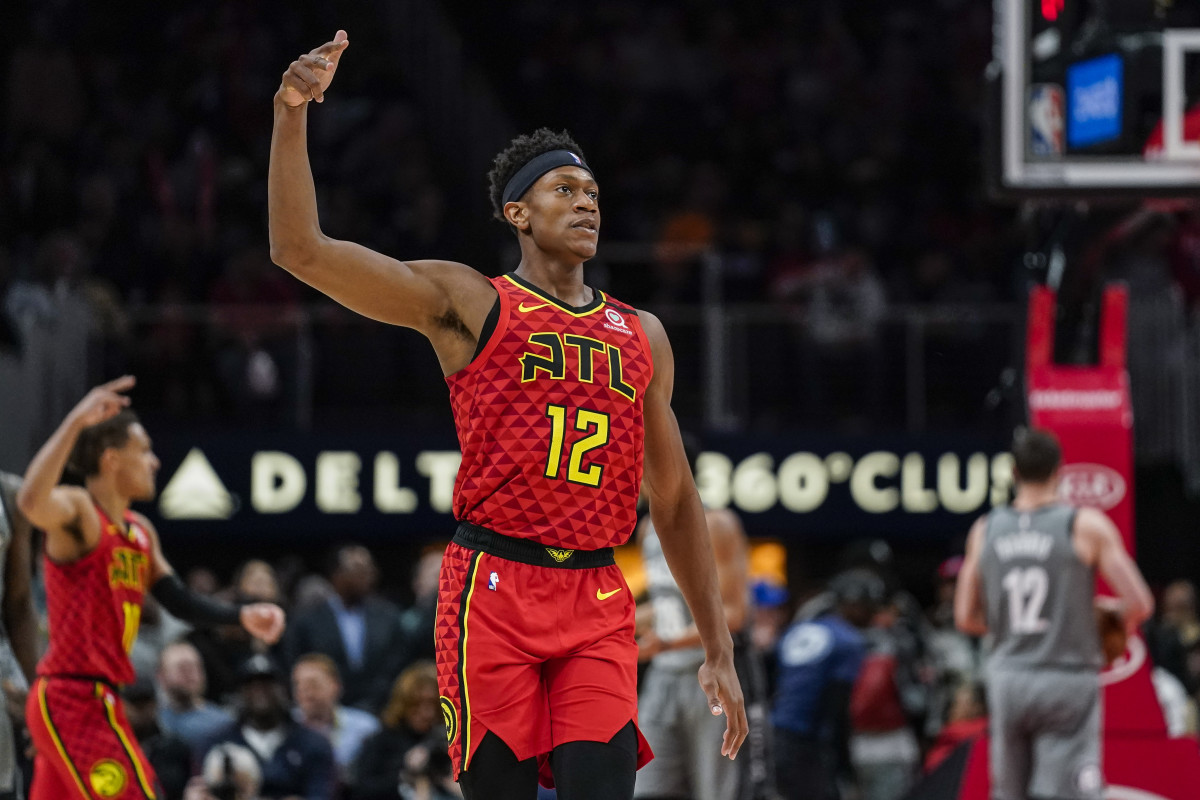 Friday, February 11th, finds the San Antonio Spurs facing the Atlanta Hawks for the second and final time this season. In the initial meeting on November 24th, the Hawks won 124-106.

The Spurs last played on Wednesday losing 92-105 to the Cavaliers while the Hawks played on Tuesday defeating the Pacers 133-112.

Last season, the teams played twice with each team winning on the road. The Spurs have won 56 of the 98 matches played versus the Hawks all-time.

Of the 30 teams, the franchise that is the most infrequent participant at the trade deadline is the San Antonio Spurs. So when news broke they not only were getting involved in a deal but doing so before Thursday is was a rare occasion.

The first deal involved three teams including the Blazers and Jazz. San Antonio is sending Juancho Hernangomez to Utah. Coming to the Spurs is Tomas Satoransky (who was recently traded to Portland by the Pelicans) and a second-round pick.

But the Spurs weren’t done, in fact, San Antonio was one of four teams who made three trades. GM Brian Wright seemingly channeled OKC’s Sam Presti’s role collected copious draft picks via deals and assumed expiring contracts that will be bought out.

The biggest move was the deal with the Celtics, sending Derrick White to Boston in exchange for Josh Richardson, Romeo Langford, Boston’s 2022 first-round pick (top 4 protected), as well as a 2028 first-round pick swap.

This trade is significant beyond the draft picks as White’s contract runs through 2024-25 whereas Richardson has just one more year on his deal.

The final trade was with the Raptors for Goran Dragic (who the Spurs will undoubtedly buy out) sweetened by the Raps 2022 first-round pick ( lottery protected) in exchange for Thaddeus Young, Drew Eubanks (he will be waived), and Detroit’s 2022 second-round pick.

Notably, that latter pick should occur early in the second round given Detroit’s tanking season and that’s like gold for Toronto who is pros at finding the gems late in the draft (or even undrafted players).

Similarly, the Spurs made an art form of drafting hidden gems so all these picks will help the franchise revamp the team quickly.

In contrast to the Spurs, Atlanta was one of eight teams who didn’t make any trades at the deadline. Notably, they did make the move to send Cam Reddish to New York earlier this season.

There were constant murmurs of the Hawks trying to deal with Danilo Gallinari right up to the final cut off but Travis Schlenk was demanding too much in return for the veteran forward who has another full year on his contract.

In the victory versus the Pacers, the Hawks also got the benefit of facing a Pacers team depleted by injuries and the recent trade. It turned out to be precisely what they needed to rediscover their perimeter prowess.

Young in particular was struggling from the perimeter having missed all 10 of his attempts in the last two games. He broke out versus Indy drilling six of nine and the team shot 51.5% (17 of 33).

Young registered a double-double of 34 points and 11 assists while John Collins scored 20. The trio of Onyeka Okongwu (14), Bogdan Bogdanovic (13), and Kevin Huerter (12) were the other double-digit contributors.

Although the Hawks should get the victory, the Spurs core remained essentially intact and that group defends and competes to the buzzer. For that reason, I like San Antonio and the points.