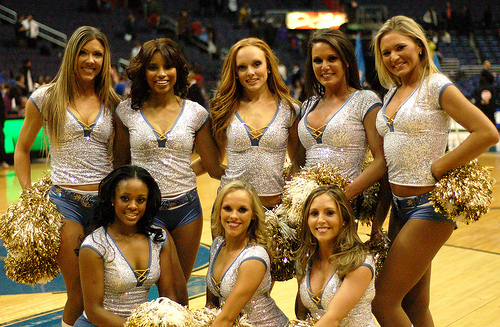 The Kings and Wizards are both longshots at this point to make the postseason, but both are fighting for positioning until the dire end. Sacramento enters this contest as the No. 9 seed out West just 3.5 games behind the eighth-seeded San Antonio Spurs, while the Wizards sit in the 11th seed out East but also just 3.5 games back from being in the top eight.

The Kings enter this game as the No. 10 scoring team in the NBA this season. They are scoring an average of 113.6 points per game.

On defense, this group is giving up an average of 114.7 points per night. That puts the team in the 26th position in the league.

When looking at advanced metrics, the Kings jump up to 15th in Defensive Efficiency. This group is giving up 107.6 points per 100 possessions, which is currently tied with the Los Angeles Lakers.

Offensively, the Kings are scoring 107.3 points per 100 possessions. That number is good enough for 17th in the league.

The dip from 10th in raw scoring to 17th in Offensive Efficiency can be best explained by Sacramento’s pace this season. On the year, the Kings are running the No. 3 pace in the Association, which has helped improve their raw scoring numbers by simple virtue of added possessions and forcing opponents to play at a faster pace than they’re used to.

The Wizards are a lot like the Kings in that their fast pace is a big reason why they’re offense has found the success it has. On the year, Washington is No. 8 in pace and sixth in scoring. The team is putting up 114.5 points per night but just 108.6 points per 100 possessions.

That number is still in the top half of the league, but it’s also a dip from eighth down to 13th.

Also like the Kings, the Wizards do less damage on the defensive end than on offense. So far this season, Washington is giving up an average of 117.2 points per game. That number puts the Wizards in 29th out of 30 teams.

When looking at the advanced metrics, the Wizards rank 27th in Defensive Efficiency.

The Kings and Wizards are both 3.5 games out of the playoffs in their respective conferences, but context is important. The Kings are the No. 9 seed, while both the Magic and Hornets stand in Washington’s way of the No. 8 seed.

The Kings have the more likely path to the playoffs, and they’ll be playing like it to start the new week.

Give this one to the underdog Kings on the road both against the spread and straight up.

If you’re looking for more NBA picks like this Sacramento Kings vs. Washington Wizards matchup we’ll be providing 4* free NBA predictions on the blog during the entire 2018/19 NBA season, and check out our Experts for guaranteed premium & free NBA predictions!

CappersPicks.com has NBA Odds up on a ton of championship futures, and you will also find DAILY NBA lines up as well.