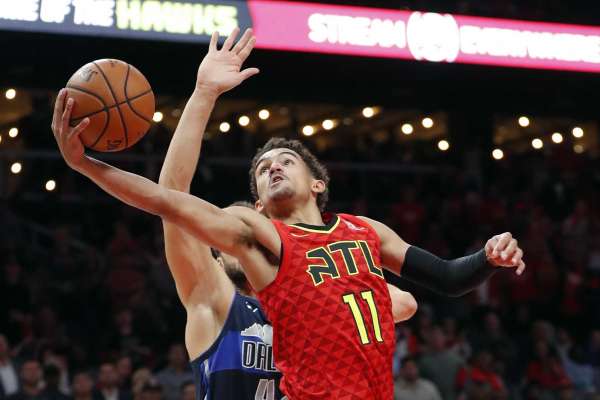 Saturday, February 29th, finds the Portland Trail Blazers facing the Atlanta Hawks in the clubs’ second and final meeting this season. The Blazers won the initial meeting on November 10th (124-113).

Last season, the teams played twice last season with Portland sweeping the series. The Blazers hold the all-time record having bested the Hawks in 58 of their 115 matches

Injury is taking a major toll on the Blazers who are recognizing precisely how much they miss Damian Lillard.

While Portland was already without Jusuf Nurkic, Zach Collins and Rodney Hood losing their superstar might be the straw that breaks the camel’s back.

On Thursday despite holding a lead over the Pacers, head coach Terry Stotts simply didn’t have enough depth to counter Indiana. Portland made a late surge but lost for the fifth time in six contests.

In the loss, Portland’s bench could only muster 14 cumulative points. CJ McCollum did his best to carry the load with 28 points, eight assists, and three rebounds.

Hassan Whiteside registered a double-double of 18 points and 16 rebounds while Gary Trent Jr. (20) and Carmelo Anthony (12) were the only other double-figure contributors.

Lillard is expecting to remain out at least until March with the groin injury. Jusuf Nurkic (leg) is out indefinitely while  Zach Collins (shoulder) is projected to return in March.

The Hawks enter this match for the second game of a back to back set playing the Nets on Friday. Prior to that the Hawks last played on Wednesday losing to the Orlando Magic.

The loss pinpointed the Hawks defensive issues as they allowed Orlando who struggles to score to put up quarters with 41 and 39 points.

In the loss, Trae Young led the way with a double-double of 37 points and 11 assists.

A trio of Hawks is listed as probable despite nursing injuries including Kevin Huerter (groin), Trae Young (illness) and Damian Jones (illness).

Another trio of Hawks are expected to return in early to mid March including Dewayne Dedmon (elbow), Skal Labissiere (knee) and Clint Capela (heel).

DeAndre’ Bembry missed the last three games due to abdominal pain and is expected to miss both games this weekend.

Portland is playing desperate and while the Hawks look to play the role of spoiler and are on their home court they won’t have the rest advantage. This has me leaning in the direction of the Blazers

4* Free NBA Betting Pick: Odds are off, score prediction below

If you’re looking for more NBA picks like this Portland Trail Blazers vs. Atlanta Hawks matchup we’ll be providing 4* free NBA predictions on the blog during the entire 2019/20 NBA season, and check out our Experts for guaranteed premium & free NBA predictions!