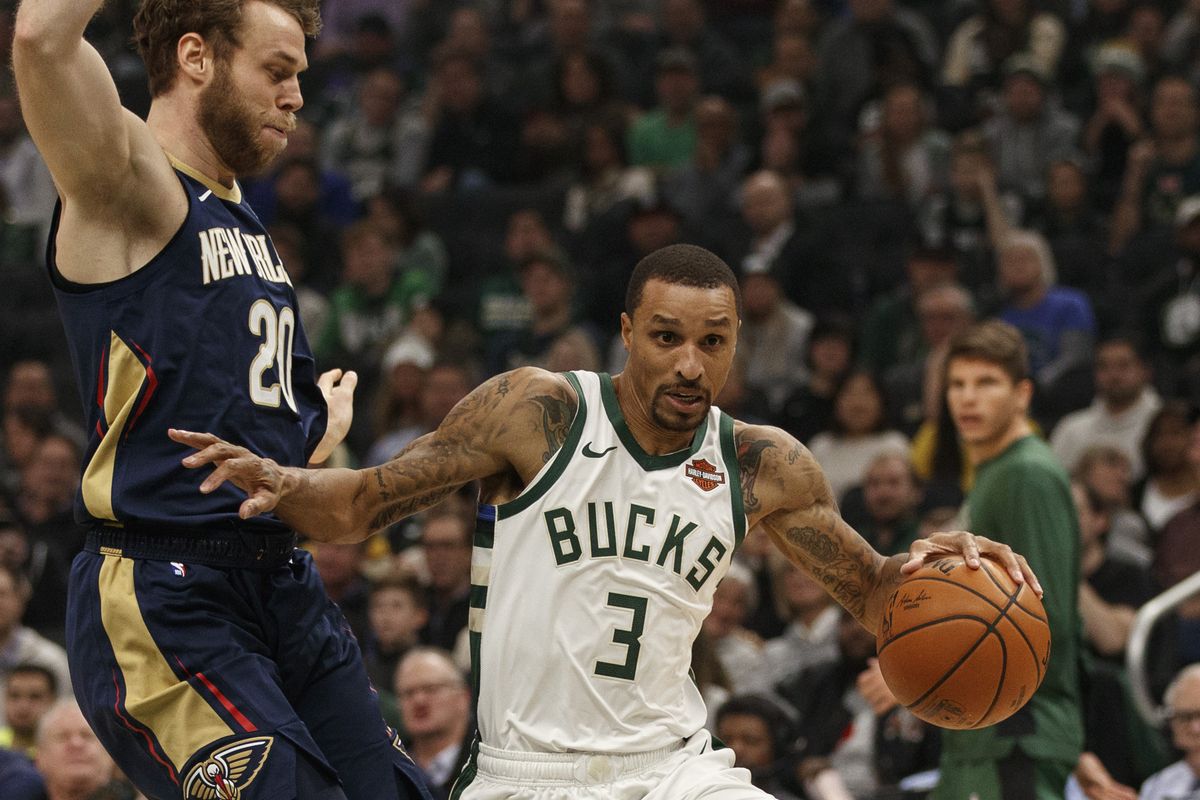 The Eastern Conference playoff picture is starting to take shape and the 76ers are on the wrong side of it.

Philly has lost three in a row and fallen all the way to sixth in the East, behind Indiana, which has lost two in a row of its own.

The Sixers started their road trip, which ends with this game in Milwaukee, with a loss in Atlanta. Things got a lot harder from there with a trip to Boston and Miami, which ended in twenty-one and thirty-one-point defeats, respectively.

Joel Embiied had twenty-nine and twelve against the Heat but Miami shot .565 from the field and got thirty-eight points from Jimmy Butler in the blowout.

Josh Richardson continues to sit out with a hamstring problem that will probably have him out for roughly another week. Shake Milton has been starting in his place but the drop-off is evident.

That trickles down to the bench, where the Sixers have been getting killed. Mike Scott, the first guy off the bench against Miami, finished -25, while Miami’s first three reserves finished a combined +74.

A win in Milwaukee would be a way to salvage what has been a rough road trip to this point but if it doesn’t, Philadelphia won’t have much time to weep over a winless trip. It returns home to play upstart Memphis on Friday night in a back-to-back spot and then stays at home to host the Bulls and Clippers before breaking for the all-star festivities.

As Toronto, Boston and Miami jockey for position in the second, third and fourth positions, Milwaukee continues to run in cruise control at the top.

The Bucks lost to Denver, which made twenty-two of its forty-six three-point attempts on the final day of January. Every loss stands out on Milwaukee’s schedule because that’s the kind of effort it takes to beat the Bucks, especially at home.

Milwaukee bounced back to crush the Suns and then handle the streaking Pelicans in New Orleans on Tuesday night, 120–108.

Giannis Antetokounmpo had thirty-four and seventeen. He’s going to become the twelfth player in NBA history to win back-to-back MVPs. Pat Connaughton returned from a minor injury to play twenty-seven minutes off the bench.

Connaughton will fly high above the rim in a little over a week as one of the four participants in the NBA’s Slam Dunk Competition. Khris Middleton, who has proven to be a safe and worthwhile investment after signing a new contract with Milwaukee over the summer, will take part in the Skills Competition.

The Bucks slice right through a lifeless Philadelphia team just desperate to get home. Connaughton throws down a warmup jam, or two, for the home fans.

If you’re looking for more NBA picks like this Philadelphia 76ers vs. Milwaukee Bucks matchup we’ll be providing 4* free NBA predictions on the blog during the entire 2019/20 NBA season, and check out our Experts for guaranteed premium & free NBA predictions!