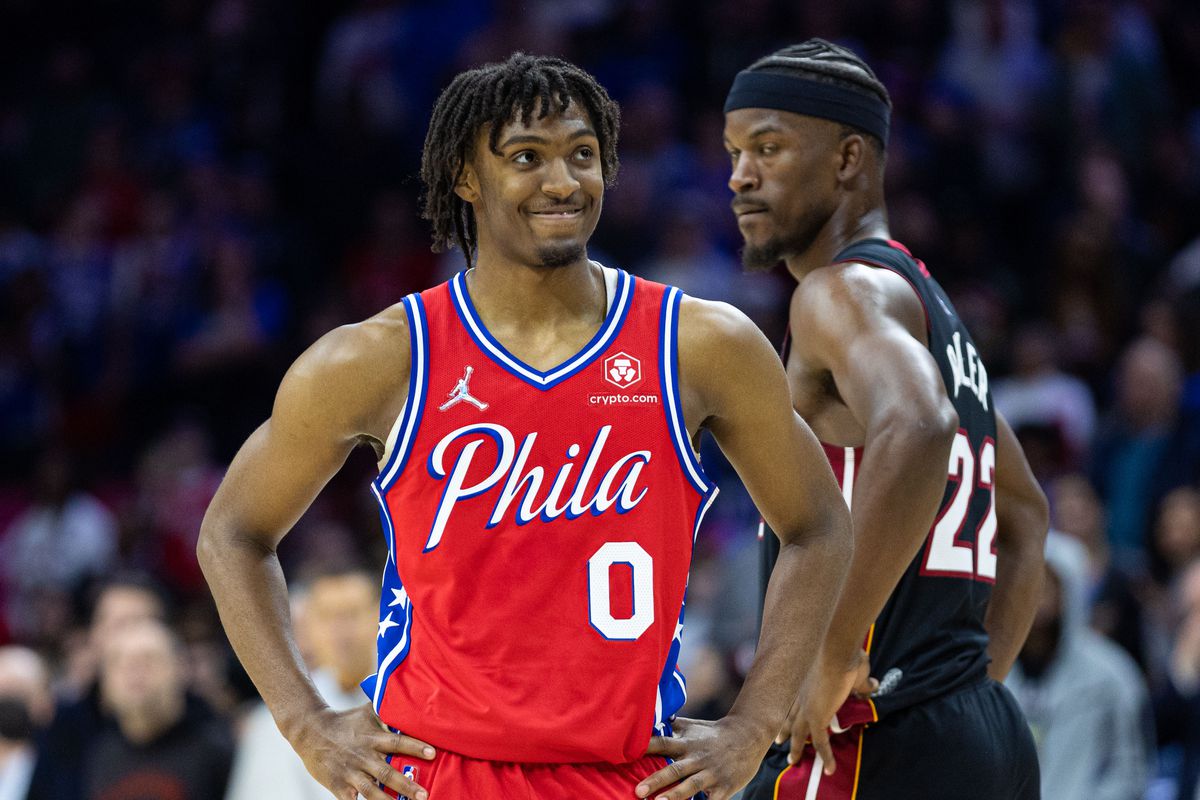 Game five of the Eastern Conference semi-finals between the fourth-seeded Philadelphia 76ers and top-seeded Miami Heat tips off on Tuesday, May 10th with the teams knotted at 2-2 in the series.

The teams split the 2021-22 season series 2-2 while the Heat holds the all-time advantage having won 67 times of the club’s 131 regular-season meetings.

Every team that wins a championship will have to win four series and also experience some luck along the way. For the 76ers it sure seemed like they were on the losing side of that equation when their superstar Joel Embiid was felled by injuries.

He’d already been battling a sore thumb that will require offseason surgery to repair ligament damage then suffered a concussion and broken orbital bone in the closing minutes of the Game 6 match that clinched their progression to round 2.

After falling behind 0-2 in the series to Miami and with Embiid still struggling to pass concussion protocols it seemed likely this series would be over in four or five games.

Then just prior to Game 3, Embiid cleared protocols and was able to return to the hardcourt. Flash forward to Game 5 and suddenly the series is tied, Embiid has given his teammates newfound confidence and it’s the Heat with several players dealing with nagging injuries.

While Philly’s others struggled in Miami they feasted at home with Danny Green specifically becoming an x-factor in both games at Wells Fargo. In Miami, Green shot 1 of 5 and 1 of 9 from the perimeter in the first two games accumulating five and three total points.

Joel Embiid (24 points, 11 rebounds) delivered another double-double in his second game back. Yet, the big news Sunday was James Harden who finally broke the 30-point barrier for just the second time since joining the 76ers and the first time in 15 matches.

Specifically, Harden offered 31 points (8 of 18), seven rebounds, and nine assists while making six of his 10 perimeter attempts – – the most he’s ever scored with his new team and only the second time he hit four or more this postseason.

Isaiah Joe (knee) missed the game Sunday and is questionable for Tuesday.

With Embiid back, the lack of size for the core Heat players was highlighted as were the copious nagging injuries. Although the offense runs more smoothly and efficiently now that Kyle Lowry is back he is noticeably still plagued by his sore hamstring.

Jimmy Butler is countering Embiid as being unstoppable and was the one player that kept the opportunity to grab the win plausible until late in the final frame offering 40 points on 13 of 20, three rebounds, six assists, two steals, and two blocks.

Bam Adebayo bounced back from a poor effort in the prior match scoring 21 points with seven rebounds. Reserves Victor Oladipo (16) and Tyler Herro (11) were the other double-figure contributors but the latter was far from his most efficient self.

The Miami Heat led 3-point shooting efficiency (second in defending the perimeter) in the regular season and had carried that through the first round of the playoffs.

While the perimeter will play a huge part in the series the key will be whether Philly can bring their renewed sense of confidence on the road and conversely how the Heat responds to consecutive losses.

Jimmy Butler has been the best player in the series but needs help from at least one or two others and with Lowry tweaking his hamstring it’s also going to mean someone on the Heat needs to push the pace on offense, which I believe they’ll do in Game 5.