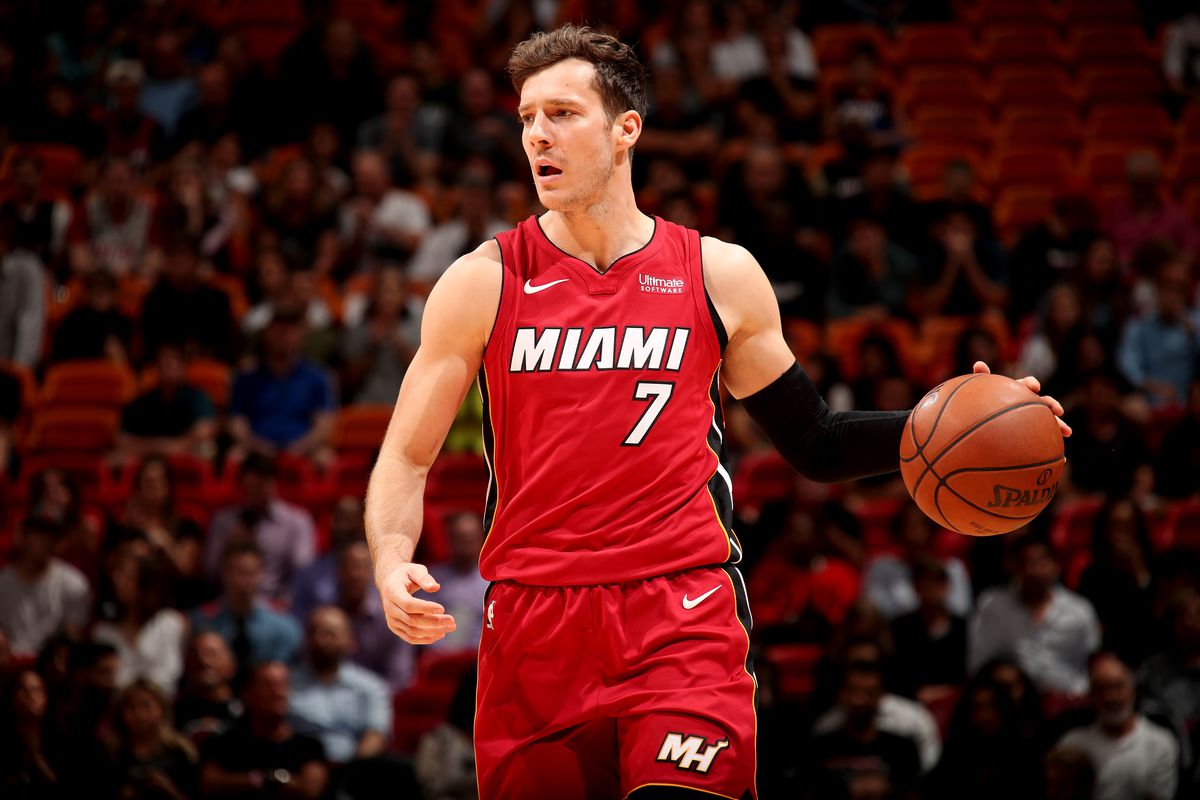 Wednesday, March 4th, Southeast Division and Florida rivals the Orlando Magic and Miami Heat meet for the fourth and final time this season. The initial match on January 3rd was won by the Magic 105-85. The latter two games went to the Heat on January 27th (113-92) and February 1st (102-89).

Last season, the teams played four times with the Magic winning three of four in the series. The Heat holds the all-time record having bested the Magic in 67 of their 122 matches.

With the stretch run in full motion, the Magic had won three games in a row, lost a heartbreaker to the Spurs and then got routed by the Blazers 130-107.

The Magic had jumped ahead of Brooklyn but with the Nets overtime victory over the Celtics, they moved a half-game ahead which dropped Orlando back to eighth.

In the loss to Portland, the absence of Gordon was felt on the offensive end in particular. Nikola Vucevic tried to pick up the slack registering a double-double of 30 points and 11 rebounds.

Terrence Ross who has been hot of late scored 23 points. Evan Fournier (13) and James Ennis III (10) were the other double-figure contributors.

Aaron Gordon (right knee inflammation) and Gary Clark (knee irritation) both missed the last game and are questionable for Wednesday.

Jonathan Isaac (knee) and Al-Farouq Aminu (knee) are out long-term.

The road woes behind them Miami returned to South Beach for some home cooking and to get back on track. Let’s just say they are feasting at American Airlines Arena where they are 26-4 and have won three in a row.

The last victory came in spectacular fashion as they handed the Bucks their ninth loss of the season and held them to a season low 89 points.

Putting the team under a microscope the road struggles are understandable because the Heat rely so much on their youngsters who all have a tendency to perform better at home.

Then factor in the vets added at the trade deadline may be better defenders but they can’t consistently hit threes or spread the court.

In the win versus the Bucks, Bam Adebayo was a beast guarding Giannis Antetokounmpo and holding him to 13 points.

Conversely, Adebayo was able to also produce on the opposing end with a double-double of 14 points and 13 rebounds. Essentially Bam offset what Giannis produced but his teammates delivered while the Greek Freak’s others did not.

Tyler Herro and Meyers Leonard are both dealing with ankle injuries out indefinitely.

Kyle Alexander (hyperextended right knee and a PCL sprain) are all out with no definitive return date.

The Heat play with panache at home on both sides of the hardwood while the Magic can’t consistently score.

If you’re looking for more NBA picks like this Orlando Magic vs. Miami Heat matchup we’ll be providing 4* free NBA predictions on the blog during the entire 2019/20 NBA season, and check out our Experts for guaranteed premium & free NBA predictions!