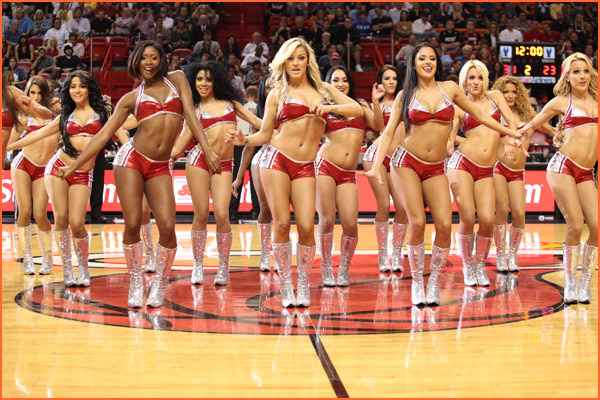 Kevin Durant, Russell Westbrook, Dwayne Wade, and Chris Bosh highlight the 1st game of TNT’s Thursday night double header as the Thunder travel to Miami to do battle with the Heat.

Oklahoma will try to split their short 2 game road trip as they dropped the opener to Atlanta, which snapped their 4 game winning streak.

Miami comes in off a rare home loss as they were picked apart by the Celtics on Monday.

Kevin Durant and Russell Westbrook really have the Thunder going right now. However, they do come in off a loss that put the breaks on their 4 game winning streak.

The ironic thing for the Thunder is that they are actually averaging more points than their allowing on the road. The Thunder are scoring 113.1 points per game and conceding 109.7. Fixing the 109.7 against is something they will certainly have to do going forward.

In their loss to Atlanta, it was the same old story for the Thunder. Durant and Westbrook combined for 59 points, 17 rebounds, and 13 assists.

Only two other players scored in double figures.

For the Thunder to succeed, they’ll need the supporting cast to step up. One of those prime examples is Dion Waiters. He had just 1 point on Monday and has shot 2 of 13 from behind the arc over the past 3 games.

Miami comes in off one of their most disappointing defensive performances of the season.

Against Boston, Miami allowed the Celtics to score 57 first half points and dropped a rare home game.

The major reasoning behind the struggles for Miami lately has been the play of C Hassan Whiteside. After averaging 14.6 points over a 5 game span, Whiteside has averaged just 6 points per game over the last 2.

Miami dropped both contests last season to the Thunder and averaged a mere 80.5 points per game.

The Thunder are such a crapshoot. If they get some help from the supporting case, they’re virtually unbeatable. If they don’t, like Monday, things go wrong.

With how good Miami is defensively, expect a difficult time for the Thunder here on Thursday.

Capperspicks*.com has NBA Odds up on a ton of futures, and you will also find DAILY NBA lines up as well.