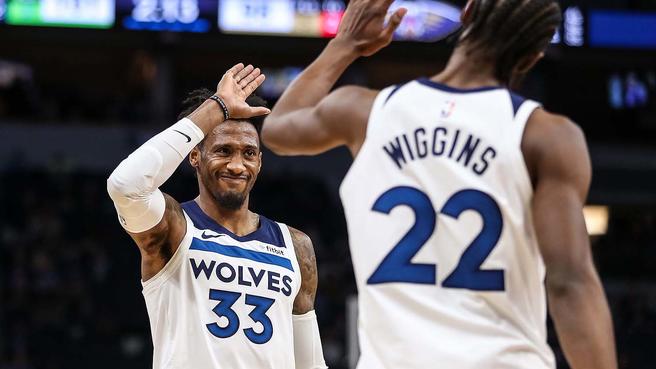 The Thunder hosts Atlanta on Friday before traveling up to Minnesota for this game as the second leg of its back-to-back.

It lost its first three back-to-back spots of the season but has won its last four, the last one coming on January 18 in a home win against Portland. It has won three in a row, overall, going into its tilt with the Hawks.

Born in Canada and out of the University of Kentucky, he was the main piece the Clippers had to give up to acquire Paul George.

He hasn’t missed a game this season, compared to George, who has missed nearly twenty already for the Clippers. George is averaging about three more points per game but the two score about equally as efficient; they both average six rebounds per game and about equal assists, steals and blocks. Alexander doesn’t turn it over nearly as much as George does, though.

The sweetener for OKC is the age difference. George is twenty-nine and in his tenth pro season with a serious leg injury behind him. The kid is still growing into his body, meanwhile.

Minnesota has won just five of its last twenty-six games and will also be on the second night of a back-to-back when Oklahoma City arrives at the Target Center.

The Timberwolves have to run with the Rockets on Friday night, also at home, before attempting the quick recovery.

Minnesota made a move a little over a week ago now, trading Jeff Teague and his $19 million deal to the Hawks for Allen Crabbe’s $18.5 million contact. Both deals expire at the end of the year.

Crabbe is the first of three deals weighing Minnesota down to expire. The next season it will be Gorgui Dieng, the center from Senegal who won a since vacated NCAA National Championship with Louisville in 2013. He will be another $17 million off the books (and is working on his third consecutive full season with a single-digit scoring average).

Then it will be Robert Covington, who was somehow considered an asset when the Timberwolves made the Jimmy Butler deal with the Philadelphia 76ers.

After the Covington deal expires at the end of the 2022 season, the Timberwolves will have both Karl-Anthony Towns and Andrew Wiggins for one more season each before they hit the free agent market. Then it will be on to overpay someone else.

They’ve got to win some of these games.

If you’re looking for more NBA picks like this Oklahoma City Thunder vs. Minnesota Timberwolves matchup we’ll be providing 4* free NBA predictions on the blog during the entire 2019/20 NBA season, and check out our Experts for guaranteed premium & free NBA predictions!