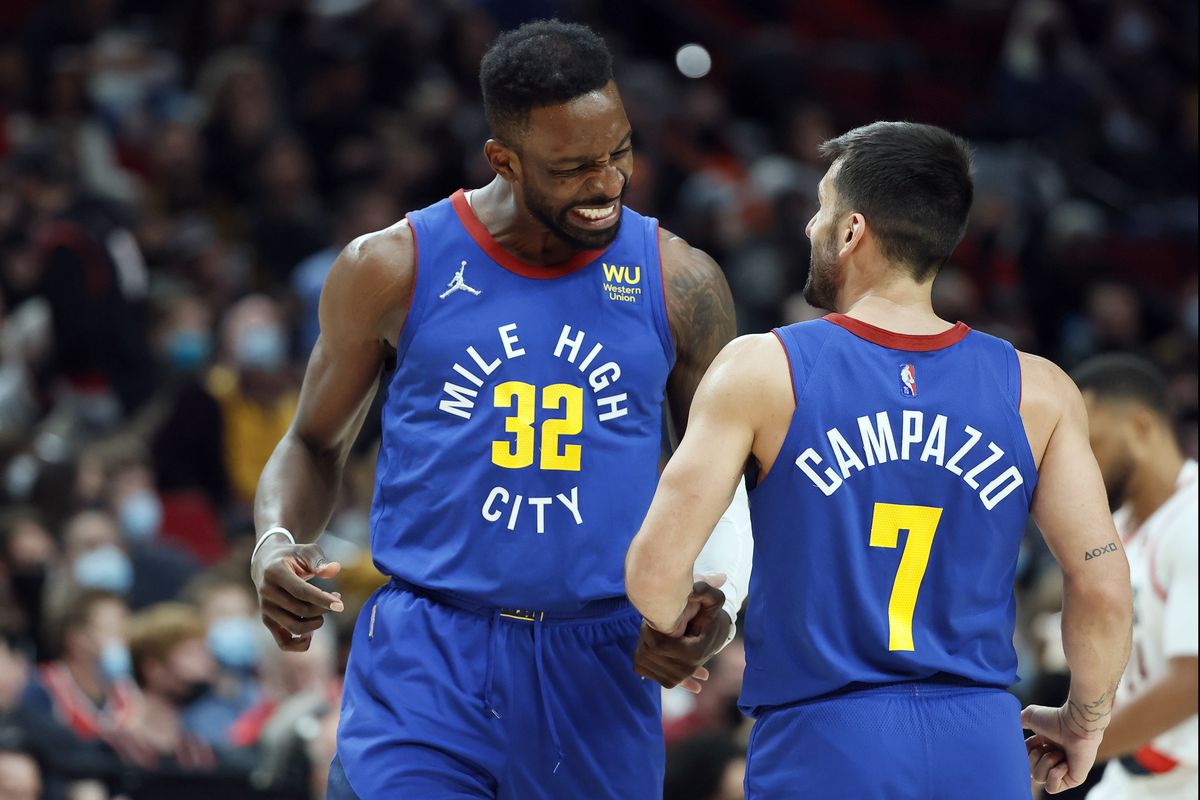 The Knicks are playing a back-to-back set having lost 104-113 to the Jazz on Monday while the Nuggets defeated the Nets 124-104 on Sunday.

The Nuggets hold the all-time record having bested the Knicks in 50 of their 94 meetings. Last season the squads played twice with Denver winning both contests.

The Knicks can’t buy a win lately as they watched a double-digit lead disappear for the second game in a row. New York has lost three in a row and nine of 11 contests.

With the losses, it’s inevitable for tensions to rise as was witnessed during the LA game when Julius Randle got into it with an assistant coach.

If last season was Julius Randle’s Cinderella campaign it’s safe to say this is the polar opposite of that as he’s struggled to regain his All-NBA form.

He’s also gotten into with the Knicks fan base chastising them for cheering him after they had booed him the prior game.

Although there are clearly issues with Randle and also with the team trying to rediscover their mojo at least the big man has strung together some productive performances.

He followed up a 36 points, 16 rebound double-double against the Lakers with 30 points, six rebounds, and five assists versus the Jazz.

Mitchell Robinson also posted a double-double of 19 points and 21 rebounds. RJ Barrett continued to be aggressive scoring 23 points but on an inefficient 8 of 25. Evan Fournier scored 16 points as the other double-figure contributor.

The Knicks rested Kemba Walker on Monday versus the Jazz so presumably he’ll be ready to play Tuesday. Derrick Rose remains out healing from ankle surgery.

The best teams find a way to win and similarly teams with superstars find a way to stop the bleeding. That meant the Nets were very aggressive as they sought to end their losing streak.

Denver hung in and relied on their MVP knowing if they could keep the pressure on eventually the Nets players might get tight as they began pressing.

Nikola Jokic serving up his 14th triple-double (27 points, 12 rebounds,10 assists) of the season doing it in 30 minutes on the court which certainly aided in the Nuggets cause.

All five starters plus two reserves scored in double-figures including Will Barton with 21 points and Aaron Gordon with a stat filling 17 points, nine rebounds, seven assists, and a steal.

Austin Rivers (hip) is questionable versus the Knicks on Tuesday. Vlatko Cancar (fractured foot), and Jamal Murry (ACL) are out indefinitely while Michael Porter Jr. (back surgery) is presumed out for the season.

Just as the Nuggets had to weather the Nets early pressure they’ll be tested the same way with a desperate Knicks team. Denver has the rest advantage and oh yeah, that guy they call the Joker.

Whereas I thought the Knicks might upset the Jazz (and they almost did) I’m not as confident they’ll be successful in Denver especially on a back-to-back.

If you’re looking for more NBA picks like this New York Knicks vs. Denver Nuggets matchup, we’ll be providing 4* free NBA predictions on the blog during the entire 2021 NBA season, and check out our Experts for guaranteed premium & free NBA picks!