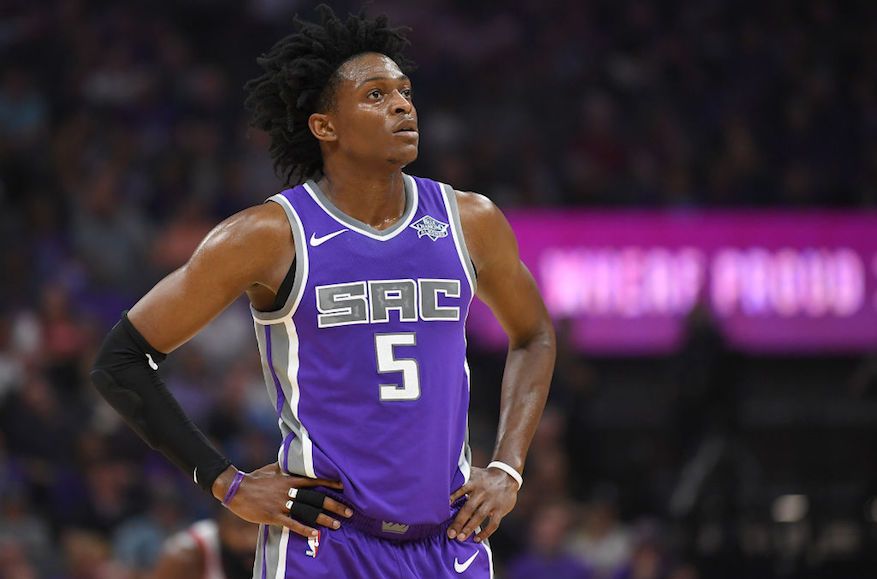 The two teams tied for ninth in the West tip-off as the Sacramento Kings host the New Orleans Pelicans. One will finish the night with an edge on the other as they continue their mission to usurp the Grizzlies. The Pelicans won the first meeting.

Last season, the teams played four times with the Pelicans taking three of the four contests. The Pelicans hold the all-time record having bested the Kings in 34 of their 60 matches

Although the Pelicans are four games back of Memphis and have the easiest remaining schedule they haven’t taken full advantage of opportunities to bridge the gap.

Three consecutive losses to the Lakers, Wolves, and Mavericks pushed New Orleans further away while simultaneously the Grizzlies beat the Lakers, Hawks, and Nets.

Since then the Pelicans have back-to-back wins versus the Heat and Wolves. In the latter game, Jrue Holiday masterfully led his squad with 37 points, eight assists, and nine rebounds.

Brandon Ingram delivered a double-double of 15 points and 12 rebounds.

Rookie Zion Williamson (23), Lonzo Ball (18), and Nicolo Melli (11) were the other double-figure scorers.

Kenrich Williams (lower back) is questionable for Wednesday. J.J. Redick (hamstring strain) is out until late-March.

It took most of the season for the Kings to rediscover the qualities that made them so successful in the 2018-19 campaign. Now that they have the biggest question is whether it’s too late.

Sacramento is 7-3 in their last 10 games consequently all since the All-Star Break. On the season the club ranks 19th offensively 18th defensively and 20th in the net differential. But since the break (and over these 10 games) they rank eighth, 11th and eighth respectively.

In the Kings’ most recent match they ran up against one of the hottest teams in the NBA in the reigning champs. The Raptors tied or won every quarter although Sacramento kept pace right through to clutch time.

De’Aaron Fox led his squad with 28 points and Nemanja Bjelica posted a double-double of 14 points and 10 rebounds. Balanced scoring was provided via Alex Len (15), Kent Bazemore (15) and Buddy Hield who all reached double-figures.

The Kings’ recent play would’ve put them in top 10 territory this season. If only they had figured things out sooner instead of discussing whether they can catch the Grizzlies we’d be asking if they can win a home court seed!

As a side note, the Richaun Holmes on Zion matchup should be entertaining.

If you’re looking for more NBA picks like this New Orleans Pelicans vs. Sacramento Kings matchup we’ll be providing 4* free NBA predictions on the blog during the entire 2019/20 NBA season, and check out our Experts for guaranteed premium & free NBA predictions!