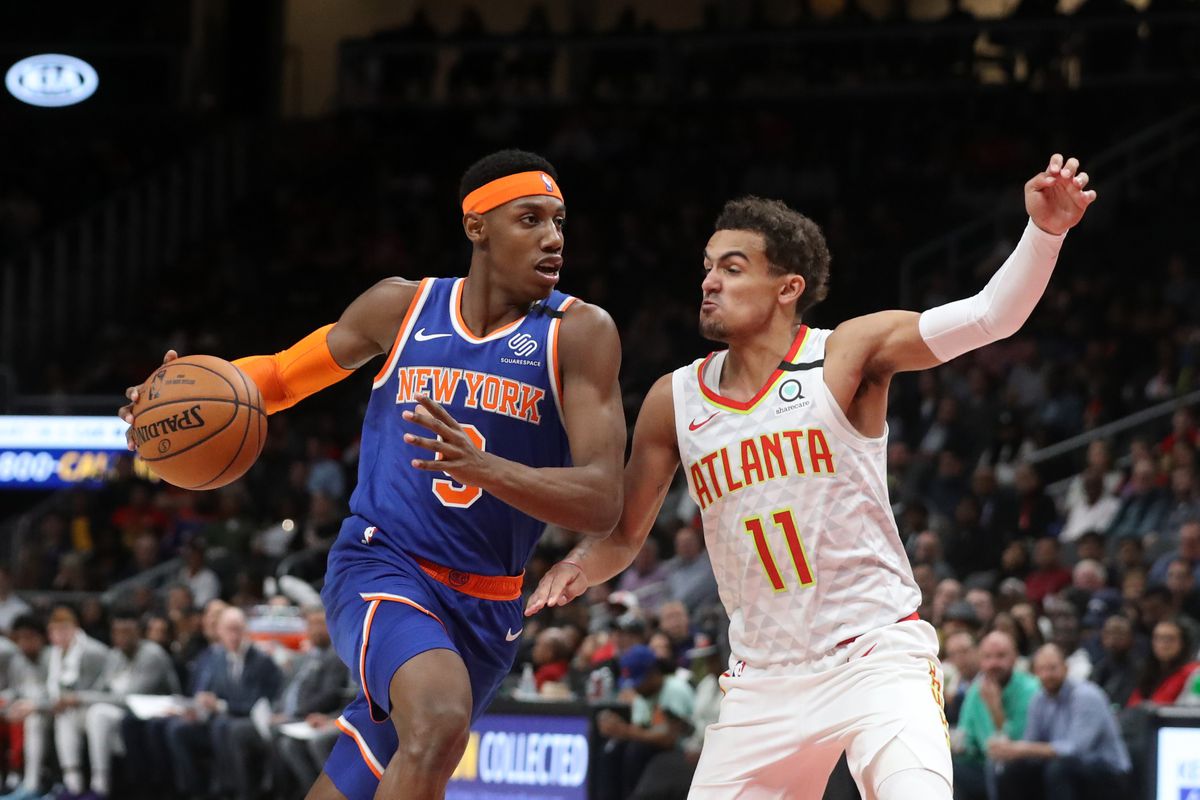 New Orleans played Monday losing 92-104 to the Celtics while New York played consecutive games versus the Hornets (87-97) and Wolves (110-112) losing both.

Wipe away the 3-16 start to the season by the Pelicans and there is a far more tenable 13-12 performance. Granted, that’s still not where the organization hoped for, but with most Western teams struggling for consistency possessing a .500 currently earns the seventh seed (Wolves).

While they remain in the mix to climb up high enough for a play-in seed there is ample work to be done given the Spurs and Kings are in front of them. Whether Zion Williamson returns to the court is almost moot at this point.

A big reason for the Pelicans’ improved play is star Brandon Ingram who is averaging 23.3 points, 5.5 rebounds, and 5.9 assists in that 13-12 schedule segment. And, the move to trade big man Steven Adams for Jonas Valanciunas is also paying dividends.

JV has 30 double-doubles this season registering six in his last seven games. He’s averaging 18.4 points, 12 rebounds, a career-best 2.4 assists, and shooting a blistering 42.4 percent from deep on 2.4 attempts per game.

Williamson continues to rehab but is doing so away from the team (a bit of an ominous sign perhaps) while Kira Lewis Jr. (knee) is lost for the season.

Things looked to have shifted for the Knicks who had won eight of 11 games and were finally winning at MSG stringing six in a row together at the Mecca (11-13).

But as has been their tendency they took one step forward and instead of continuing to build momentum took two steps back via losses to the Hornets and Wolves on their home floor this week.

While It seemed like Tom Thibodeau had convinced his team to return to the gritty defense that helped catapult them up the ladder last season how much of this is fool’s gold?  A deeper dive into the schedule offers insight.

Since teams all take approximately 10 to 15 games to get their bearings and showcase their identity, I’ve ignored the first 11 games when New York collected seven victories mostly against teams with winning records electing to focus on the last 34 games where the Knicks are 15-19.

To that end, 11 of those 15 wins occurred against teams with records below .500, two against teams currently at .500, and only two who possess winning records including the Celtics 23-22 (Mavericks).

Perhaps more telling are the 19 losses in that period as it includes 16 teams with winning or even records and only three are against lower-tier squads.

Nerlens Noel (conditioning) is questionable for Thursday. Cam Reddish (ankle) and  Derrick Rose (ankle) are out indefinitely while Solomon HIll is out for the season.

The Pelicans have performed better against the upper tier (especially in their last 25 games) with a 7-9 record against winning opposition. While New York plays better on the road and the Pelicans have a losing home record they are 6-4 at home during the above-mentioned 25 game segment.

It’s still a bit of a coin flip but I’m leaning to the Pelicans squeaking out the win and taking the points.

If you’re looking for more NBA picks like this New Orleans Pelicans vs. New York Knicks matchup, we’ll be providing 4* free NBA predictions on the blog during the entire 2021 NBA season, and check out our Experts for guaranteed premium & free NBA picks!