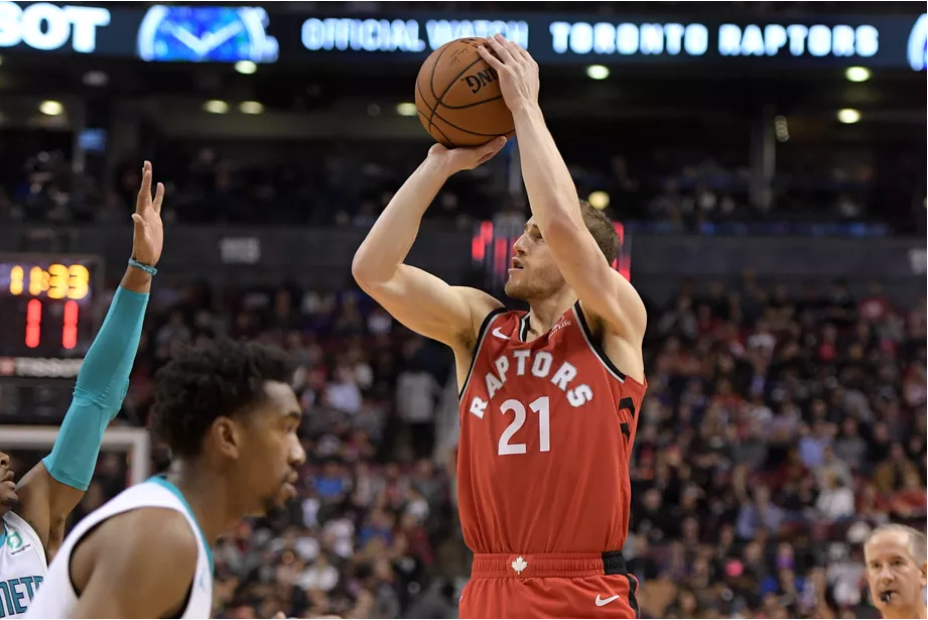 Monday, February 10th the Minnesota Timberwolves and Toronto Raptors meet for the second and final time this season. In the previous match, the Raptors won 122-112 on January 18th and hold a current four game win streak over the Wolves.

Last season, the teams played twice with Toronto winning both games. The Raptors hold the all-time record having bested the Timberwolves in 32 of their 47 matches

It’s a completely different roster that arrives in the 6ix from the one the Raptors faced in mid-January.

Robert Covington, Andrew Wiggins Shabazz Napier, and Gorgui Dieng were all traded at the deadline.

D’Angelo Russell was the big name returning but has yet to make his Wolves debut as he sat out the Clippers match. DLo is joined by Malik Beasley, Juan Hernangomez, and James Johnson.

In their Wolves debut, they helping set a new 3-point franchise tally of 26 triples with the trio accounting for 12 of them.

Omari Spellman came over in the trade along with D’Angelo Russell from the Warriors. Spellman is probable Monday while DLo remains questionable to make his Wolves debut.

The hottest team in the Association at the moment is the Toronto Raptors who have won a franchise-record 14 games in a row, and 10 games in a row on the road.

They’ve taken down the Thunder, 76ers, Spurs, Pacers in a home and home set and the surging Nets all while dealing with ongoing injury issues to their core.

The victory over the Nets was a tough match given Brooklyn hadn’t played since Wednesday while the Raptors entered off the physical match versus the Pacers the night prior.

They hung on for the one-point win doing so without the services of Kyle Lowry, Marc Gasol or Norman Powell and at times were using entire bench lineups for lengthy segments of the match.

Rookies Terence Davis (20 points) and Matt Thomas (15 points) factored in the victory as the duo connected on 8 of 12 perimeter shots.

With Lowry sidelined due to whiplash Fred VanVleet led the team scoring 29 points while Pascal Siakam (20) and Serge Ibaka (12) were also key in the win.

Lowry (whiplash) is questionable for Monday while Marc Gasol (hamstring) and Norman Powell (fractured finger) are both definitely out.

Although the Wolves have sharpshooters locked in they got rid of the majority of their best defenders and face the league’s second-ranked perimeter defense in the Raptors.

The Wolves enter with a ton of confidence but the Raptors reasonably have equal reason to be confident given their current streak and ability on both sides of the court.

If you’re looking for more NBA picks like this Minnesota Timberwolves vs. Toronto Raptors matchup we’ll be providing 4* free NBA predictions on the blog during the entire 2019/20 NBA season, and check out our Experts for guaranteed premium & free NBA predictions!