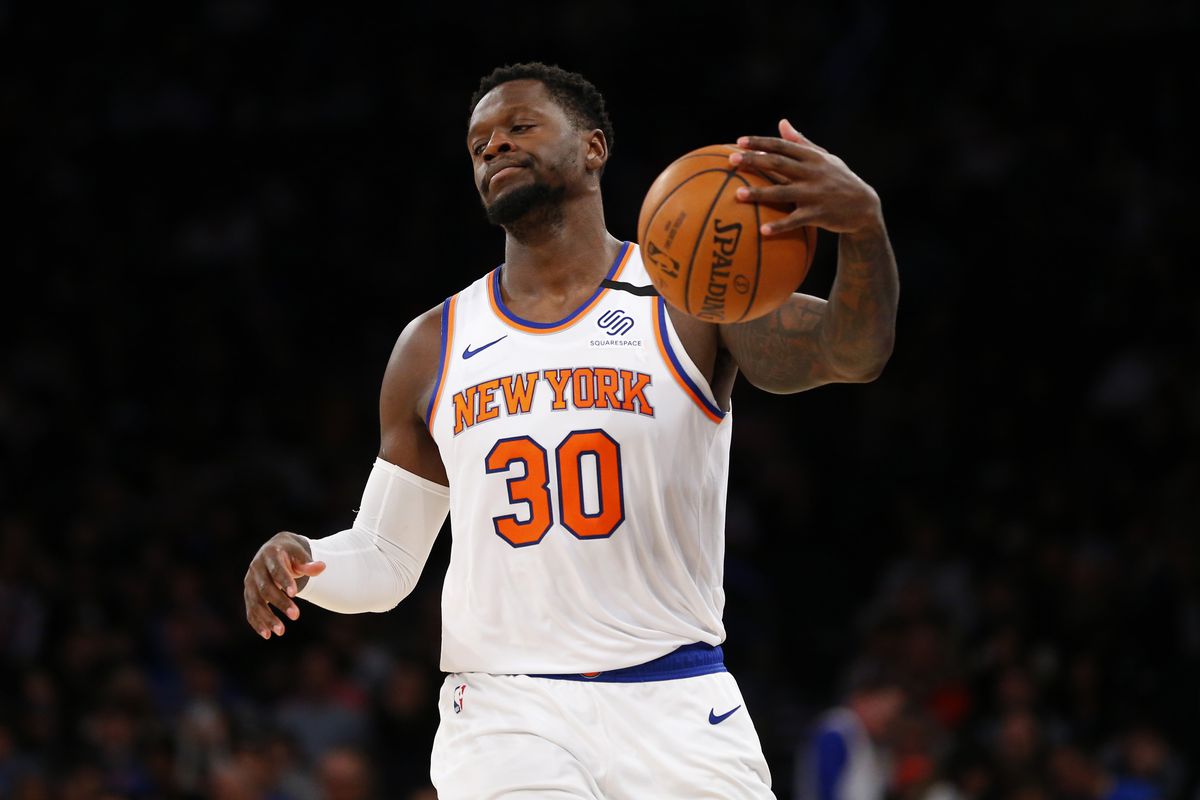 Tuesday, January 18th the Minnesota Timberwolves and New York Knicks will play for the second, and final time this season. In the initial meeting on December 28th, the Knicks won 96-88.

The Timberwolves last played Sunday in a 119-99 winning effort versus the Warriors while the Knicks played the front side of a back-to-back losing 87-97 to the Hornets on Monday.

Entering the week these two teams demonstrate the shift of conference dominance as the Knicks reside in the 10th seed with one win above .500 while the Wolves are the West’s seventh seed despite registering a losing record (one game below .500).

Last season, the teams played twice with each team winning on their home court. The Knicks have won 34 of the 61 matches played between the clubs all-time.

Since mid-December, the Wolves have shown more consistency registering a 10-7 record in that period, and have won five of their last seven games. Granted they haven’t faced the elite clubs other than Golden State who were missing Stephen Curry, Draymond Green, and Gary Payton II.

Still, it’s clear Minnesota is starting to develop a rhythm on both sides of the hardwood. Head coach, Chris Finch is known as an offensive master but ironically it’s the Wolves’ defense that has made the biggest improvements.

In the win versus the Warriors while the Wolves held the lead the majority of the game it was the final frame when they pulled away outscoring the Dubs 28-18. Karl-Anthony Towns led the way with a double-double of 26 points and 11 rebounds, plus seven assists, a steal, and two blocks.

D’Angelo Russell served up 12 assists while seven points, three rebounds, and two steals while Anthony Edwards had a quiet night with nine points (3-8). It was the supporting cast who delivered as Jaylen Nowell (17), Malik Beasley (16), Jarred Vanderbilt (10), and Patrick Beverley (10) offered double-digit scoring.

The big news for the Knicks last week was the deal to bring Cam Reddish to the team. It was a low-cost risk as New York sent back Kevin Knox who never found a place in the rotation.

They gave up the Hornets 2022 first-round pick that is top 18 protected and has at least lottery protections through 2025 and then would convert to two second-round picks in 2026 if not conveyed yet.

So New York is banking on the progression of Reddish and that reuniting him with former Duke teammate RJ Barrett will pay dividends. This season Reddish is averaging 11.9 points, 2.5 rebounds, 1.1 assists, and a steal while shooting a vastly improved 38 percent from the perimeter.

Entering the week the Knicks are riding a three-game winning streak and have won eight of their last 11 matches during which time Tom Thibodeau has gotten his wish with the team posting the second-ranked defense although they rank 16th on the season.

Granted six of the eight teams they beat in this timeframe were sub .500 clubs with only the 22-22 Celtics and 24-19 Mavericks above .500 but you can only play who is on the schedule.

Kemba Walker (knee) is questionable while Nerlens Noel (knee) is out Tuesday. Cam Reddish (ankle) is out indefinitely and Derrick Rose (knee) is rehabbing from surgery while Solomon Hill is out for the season.

With both teams on the rise, this match will offer a litmus test of which team is closer to consistency and more likely to be in the playoff mix. New York will face three lower-tier teams prior to playing eight of 10 on the road and will face eight seeded teams.

Minny will play 10 of 14 on the road but has an easier task with only six of the 14 opponents playoff seeded.

I like the Wolves to win given their two-way capabilities and better overall talent.

If you’re looking for more NBA picks like this Minnesota Timberwolves vs. New York Knicks matchup, we’ll be providing 4* free NBA predictions on the blog during the entire 2021 NBA season, and check out our Experts for guaranteed premium & free NBA picks!