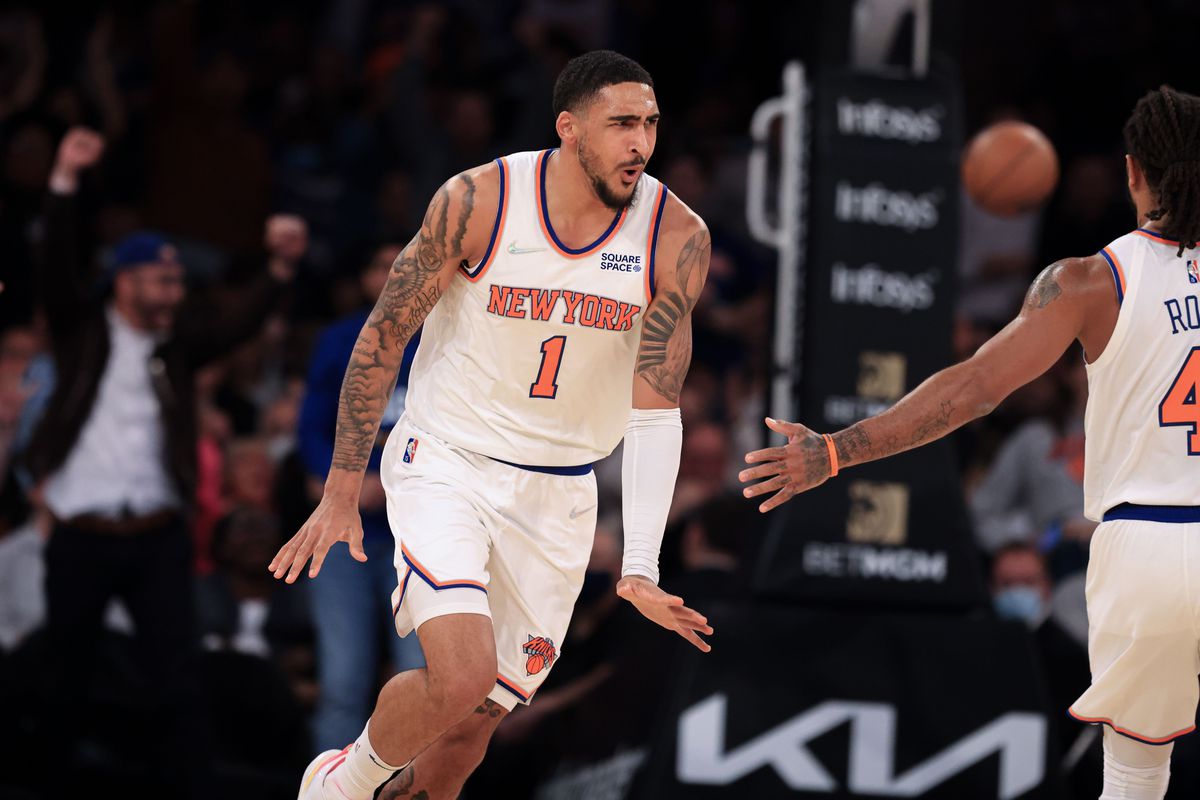 Wednesday, November 30th finds the Milwaukee Bucks playing the New York Knicks for the second of three scheduled contests. Milwaukee won the initial meeting on October 28th (119-108) and will host the final meeting on January 9th.

New York is finishing a back-to-back set having thumped the Pistons 140-110 on Tuesday while the Bucks last played Sunday in a 124-115 victory versus the Mavericks.

Last season, the teams played four times with the Bucks taking three of the four contests. The Bucks hold the all-time record having bested the Knicks in 120 of their 225 matches.

Word on the street is Khris Middleton is nearing a return having spent time going back and forth to the Bucks G-League team and getting in extra practice time.

The Bucks sure could use him as this game marks the start of a 15-game stint dominated by 11 road matches. The front side of this itinerary features four lower-tier opponents but the next 11 contain eight teams with winning records (plus the Mavericks and Bulls who aren’t pushovers).

Offensively, the Bucks score 112.5 points per game to rank 15th while shooting 45.7% from the field and 35.2% from the perimeter ranking 23rd and 17th respectively.

Defensively, the Bucks hold opponents to the fifth-lowest point total of 107.6 per game. Milwaukee ranks third in opponent field goal percentage limiting foes to 44.8%. The Bucks rank 20th in perimeter defense holding opponents to 36.3% from deep.

The Knicks are playing a back-to-back set but won’t be as tired as typical given the rout in Detroit that allowed head coach Tom Thibodeau to keep his starters’ minutes low.

Jalen Brunson logged only 16 minutes with Julius Randle (36 points, 7 rebounds, 5 assists) the only Knicks player to log over 28 minutes. Brunson, RJ Barrett, and Quintin Grimes all scored 16 points while Immanuel Quickley was the other double-figure contributor with 15 points.

Offensively, the Knicks score 114.6 points per game (12th). New York shoots 45.2% from the field ranking 25th and 31.6% from the perimeter which has overtaken the Lakers for dead last in the category.

Defensively, the Knicks allow opponents to score 116.9 points per game (26th). New York allows their opponents to shoot 45.6% from the field and 35.7% from the perimeter ranking fifth and 15th respectively.

Immanuel Quickley is questionable for Wednesday.

Even with the Knicks not having to tax their players too heavily, they’re still traveling home while the Bucks probably are sitting in New York and still have the rest advantage of being off since Sunday.

That should equate to an easy victory for Milwaukee.