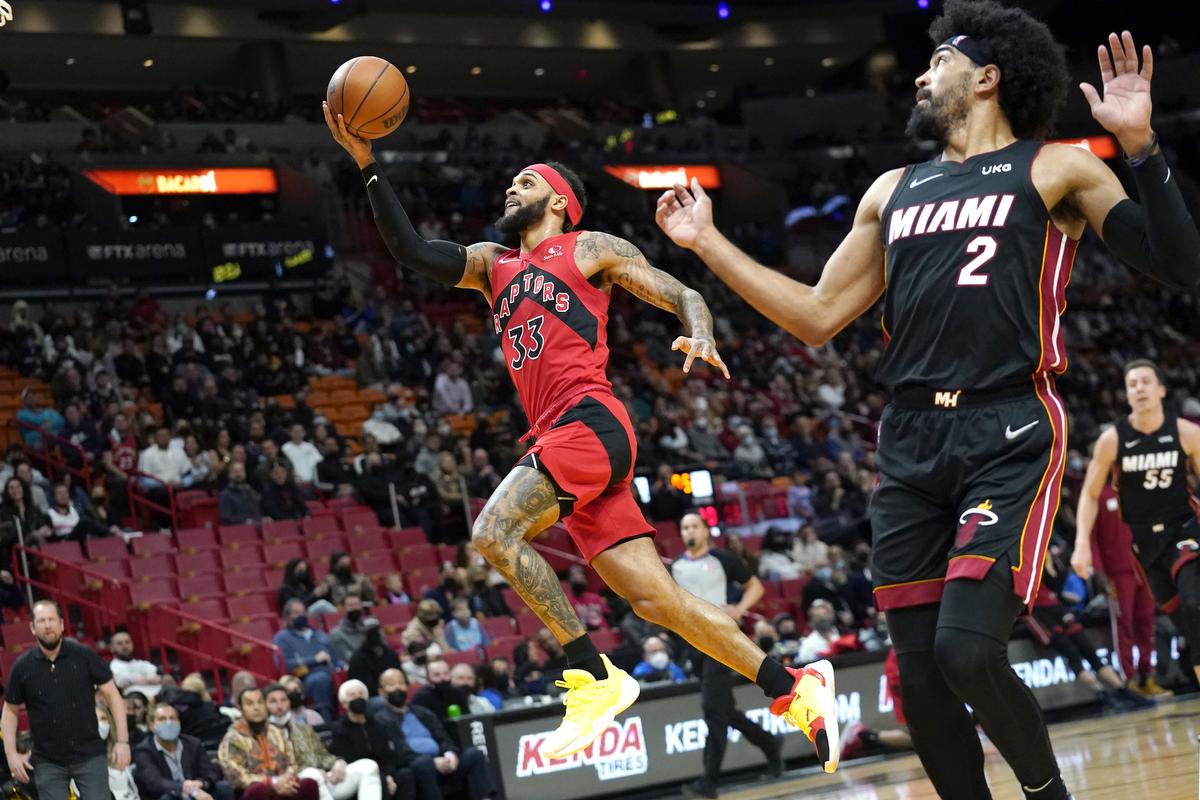 Tuesday, February 1st the Miami Heat and Toronto Raptors meet for the third time this season and their second meeting in three days.

The squads played in Miami on Saturday in what was arguably the game of the season needing three overtime frames. Toronto prevailed 124-120 with all five of their starters logging between 54 and 57 minutes.

Both teams enter on the second game of a back-to-back set with the Heat getting blown out by 30 points (92-122) to the Celtics while the Raptors ended the Hawks’ seven-game win streak with a 106-100 victory in Atlanta.

The toll of the marathon match impacted both clubs but the Heat showed more fatigue in their loss to Boston. Jimmy Butler missed the game due to an ankle sprain which certainly didn’t help.

Five players scored in double-figures with Max Strus leading the way with 27 points in 41 minutes. Strus and Bam Adebayo (32) were the only Heat players to log more than 30 minutes.

Tyler Herro (5 of 17) and Duncan Robinson (2 of 8) continued to struggle from the field registering 13 and six points respectively. Caleb Martin (14), Adebayo (12), and Gabe Vincent (10) were the other double-figure contributors.

With the loss, the Heat are in a virtual tie with the Bulls for first place in the East but sit behind Chicago because they’ve played two additional games with an extra win and loss compared to Chicago.

Markieff Morris (neck) and Victor Oladipo (knee) are out indefinitely.

Nick Nurse gave the majority of his roster the day off and told them not to attend mid-day shoot-around in Atlanta. That didn’t stop him from playing his starter’s extensive minutes on Monday as they logged between 36 and 41 minutes.

While Nurse did go deeper into his bench with nine players getting time, Dalano Banton (6 mins) and Justin Champagnie (3 mins) got short bursts just to give the starters a quick rest.

Chris Boucher and Precious Achiuwa also got minutes although their 21 and 18 minutes paled in comparison to the starters.

The win in Atlanta included several records for the Raptors as Gary Trent Jr. (31) scored 30 or more for the fourth consecutive game and made a career-best nine 3-pointers.

Fred VanVleet is on an active streak of making three or more 3-pointers in 17 consecutive games tying him with James Harden and Steph Curry as the third-longest streak with the latter also holding the longest streak of 24 games.

Miami will have a minor advantage given the blow-out allowed Erik Spoelstra to give his starters extra rest compared to the Raptors. The Heat are 2-6 in the second game of back-to-backs while the Raptors are 5-3.

If Butler can’t go that benefits the Raptors who seemed to gain a psychological edge from the win Saturday as they appeared to have a certain swagger in Atlanta.